Back in 2003, Johnny Depp starred as Captain Jack Sparrow for the first time in Pirates of the Caribbean: The Curse of the Black Pearl. The indie film star surprised the doubters earning a Best Actor Oscar nomination for the role and helping spawn a billion-dollar franchise. Now Pirates of the Caribbean producer Jerry Bruckheimer has shared how Depp based Captain Jack on both a Looney Tunes cartoon character and The Rolling Stones lead guitarist.

“He had a young daughter at the time and he was watching a lot of cartoons and fell in love with Pepé Le Pew.

While on how The Rolling Stones’ Keith Richards helped inspire Captain Jack, the producer said: “Keith was a buddy of his and he used to come over all the time.”

It turns out that the rock star was rather taken by Depp’s clothing. 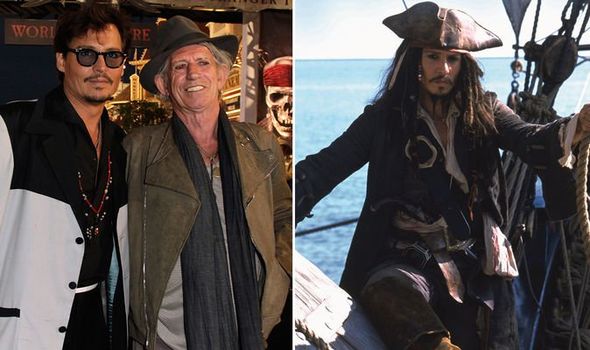 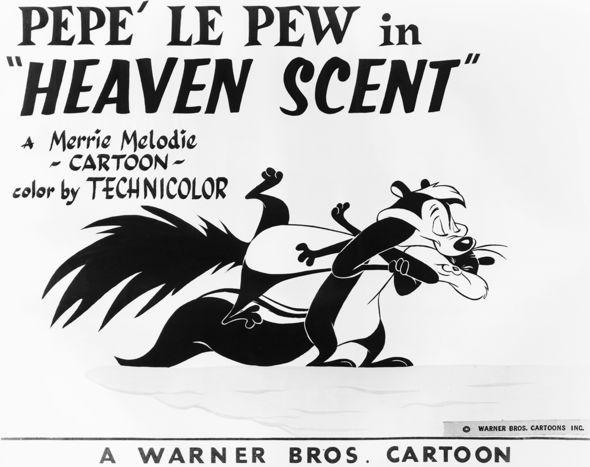 Speaking on the Literally! with Rob Lowe podcast, Jerry said: “[Keith would] go into Johnny’s closet and try on his jackets and then he’d leave wearing Johnny’s jacket!”

While on basing Captain Jack on The Rolling Stones guitarist, the producer said: “He based it on how he walked and how he talked.”

Of course, Pirates fans will know that Richards ended up playing Captain Jack’s father in the third and fourth Pirates movies, At World’s End and On Stranger Tides.

His character was called Captain Edward Teague, the former pirate lord of Madagascar who became the keeper of the Pirate Code. 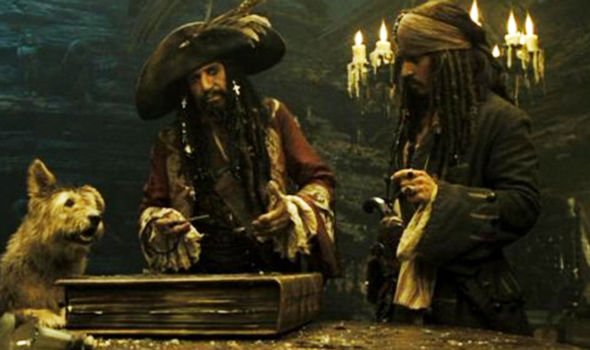 He appeared locked in a cell singing Maggie May while playing poker.

Also during the interview, the Pirates of the Caribbean producer shared how originally Jack Sparrow was set to be kind of like Burt Lancaster.

Sold as the Robin Hood of the seas, Lancaster’s pirate was more of an anti-hero Captain America – a far cry from where Depp took the character.

Jerry remembered first hearing the star’s take on Sparrow at a reading for The Curse of the Black Pearl that took place at LA’s The Viper Room.

The producer remembered first seeing Depp play what he described as this “hilarious, off-the-wall character”. And when Disney wanted to see Sparrow’s costume, the star had every one of his teeth painted gold.

In the end, former Disney Chairmen Dick Cook called up the Pirates producer and said the studio just couldn’t make a movie with Depp like that.

This was even before they’d seen his costume, which the actor purposely overdressed by a third during the fitting as he knew he’d be required to tone down his look.

So Depp was convinced to take some of the teeth out, but for the most part, he was able to portray his vision for Sparrow. But then after the first few days of shooting Pirates of the Caribbean: The Curse of the Black Pearl, Disney had a “total freak out” over Depp’s dailies.

Jerry said the studio asked: “Is he drunk? Is he gay? What is this character? What are you guys doing? This is awful!”

In the end, the producer said he cut together a sequence to calm Disney, but he admitted they were “never really comfortable with the performance; it scared them half to death.”