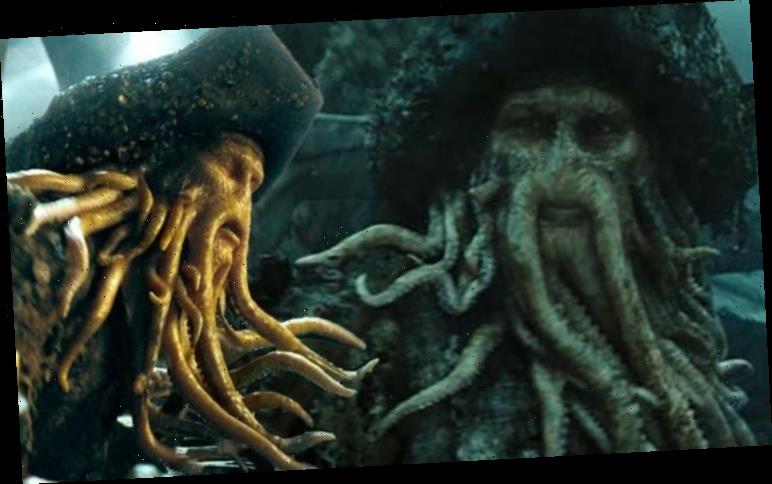 Johnny Depp discusses Pirates of the Caribbean in 2017

Pirates of the Caribbean is a film franchise which has been under much scrutiny of late. There have been questions about whether the main character, Captain Jack Sparrow, played by Johnny Depp, will make his return. But another question plaguing fans is whether the enemy Davy Jones is still alive.

Fans of the Pirates of the Caribbean franchise will remember there was a moment at the end of the fifth film, Dead Men Tell No Tales, where Davy Jones made a terrifying return.

Will Turner and Elizabeth Swann are reunited in bed together, when a horrific form seems to enter their room.

Will sees Davy’s arm looking to strike them, but as he awakens the room is empty, so Will believes it was a nightmare.

However, Davy has left his signature mark as barnacles and seawater are on the floor, suggesting he is still alive and kicking, despite being apparently dead.

READ MORE:  Motley Crue members: How many band members have been in Motley Crue? 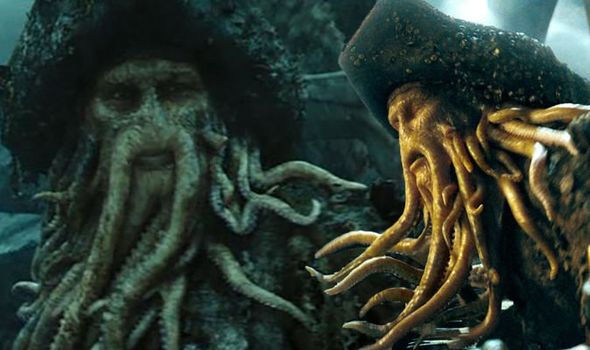 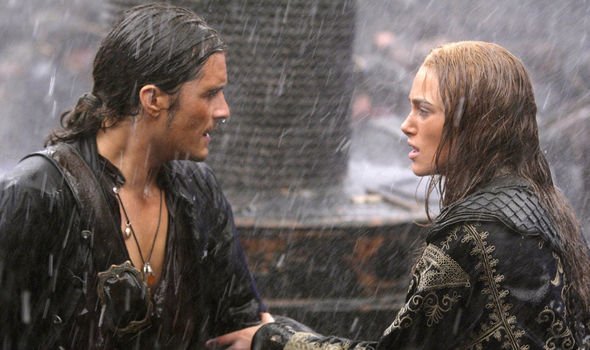 At the end of At World’s End, it looked as though Davy died as he fell into a powerful whirlpool, while Captain Jack and Will pierced his heart as he fell.

This would suggest he did die, however his presence at the end of the film has most fans convinced he is definitely still alive.

But one theory suggests he may not be alive in the way we first knew him, and it could be he lives through a son.

In the third film, At World’s End, some of Davy’s past is shown and makes clear why he cut out his heart and buried it in the Dead Man’s Chest.

It is shown how Davy, then a human, fell in love with sea goddess Calypso, and vowed to meet her every 10 years after completing his task of guiding souls to the next world.

However, on one occasion she failed to appear, and Davy was cursed to become a monster after he neglected his duties.

Tia Dalma, Calypso’s human form, told this story, as Davy brought up forces against her and trapped her that way forever.

One theory from some fans is that perhaps Davy and Calypso had a child, meaning this could be the spawn of Davy seeking revenge on the man who killed his father. 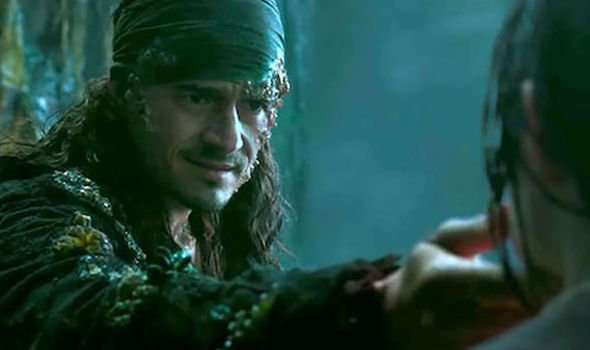 However, Will has gone through a great deal of torment throughout the films, being under curses of his own which he has been forced to bear.

Because he pierced Davy’s heart and his own heart was placed in the Dead Man’s Chest, he was forced to captain The Flying Dutchman and ferry souls.

However, in Dead Man’s Chest, he is seen covered in barnacles and scales, showing how he is failing at his duties on the ship.

He meets with Elizabeth and their son, Henry, every 10 years, as was the deal with Calypso.

But the toll of being this ship’s captain, and being an immortal separated from his love, is incredibly difficult on him.

As a result, some have suggested it may be he is imagining the image of Davy, almost wishing to have him back so he may be set free from his task.

While none of these theories can be certain, the shadowy figure which appeared seems to have been made shadowy on purpose, so as to add an element of mystery to the upcoming film.

The sixth film in the series will hopefully give fans answers, if it definitely comes to the big screen.