Flashy gimmick or genuine guideline? A stunt designed to create the illusion of viewer power, or a sampler that alerts a TV network to hot prospects?

Network 10 has unveiled its second annual pilot week, presenting four new productions for our viewing pleasure. The theory is that the pilots that hit a sweet spot with the audience will get the green light for advancement into series. This year saw a compact quartet of offerings, a mixed bunch involving several of the country's most established production houses: I Am . . . Roxy (Matchbox), Part Time Private Eyes (CJZ) and Sydney's Crazy Rich Asians and My-80-Year-Old Flatmate (both Screentime). 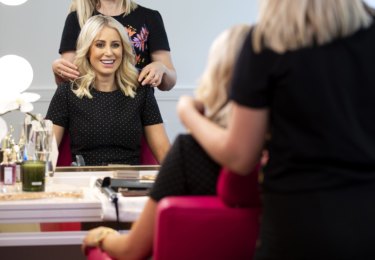 Roxy Jacenko in I Am …. Roxy, in which the Sydney PR maven shows off her seemingly fabulous and rich lifestyle.Credit:NETWORK TEN

But before an assessment of the 2019 contenders, a recap of the story so far. The inaugural pilot week, with a more substantial selection of eight productions, filled a week with premieres but failed to set the TV world on fire, or to unearth any gems that were greeted by widespread enthusiasm.

In the showcase were the sketch comedies Skit Happens and Kinne Tonight, Sam Dastyari's Disgrace!, Rhys Darby and Stephen Curry's take on Drunk History, and Dave O'Neil's domestic comedy, Dave. Also in the class of 2018 were the mock courtroom shenanigans of Trial By Kyle, presided over by shock-jock Kyle Sandilands, the innovative Taboo, with comedian Harley Breen riffing on all manner of sensitive subjects, and Rove McManus' variety show, Bring Back . . . Saturday Night.

In the national overnight metropolitan ratings, none of the pilots attracted more than 400,000 viewers. Troy Kinne's comedy drew the highest numbers (378,000) and Bring Back the lowest (203,000). Nevertheless, McManus' variety show, renamed Saturday Night Rove, got the go-ahead and quickly became a high-profile casualty, debuting in August to 244,000 viewers and dropping to 138,000 by its second week, after which it was axed. Kinne's six-episode series screened in May. Taboo, the most impressive 2018 contender, got a brief, four-episode run mid-year. Sandilands' show has (thankfully) yet to appear.

The thing that Sandilands' pilot has in common with this year's effort starring publicist Roxy Jacenko is that both focus on Sydney identities who are headline magnets in their home town, which makes their productions easier to promote. 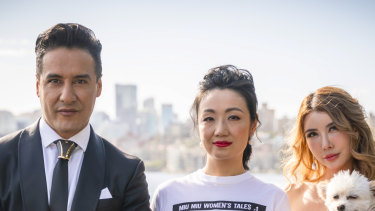 In I Am . . . Roxy, Jacenko spends a lot of time showing off her ostensibly fabulous life while declaring early and often that she doesn't care what anybody thinks of her. The pilot sees her husband overseeing the renovations on their multimillion-dollar harbour-side pile and Roxy throwing an epic tantrum over the size of the light bulbs surrounding the mirror in her walk-in wardrobe.

This peephole into a supposedly glittering life enables viewers to satisfy a base curiosity at the same time as it allows us to feel superior to its subject. Roxy's declarations of how hard she pushes, how tough she needs to be and how unapologetic she is about her abrasive style become tiresome in a single dose. It's hard to imagine that she has anything beyond this My Way mantra to add should this flimsy effort grow into a series.

Sydney's Crazy Rich Asians also affords the opportunity to peek into a world of privilege, while inviting critical judgment of the people depicted in it. Gharbie, a professional fixer and smooth facilitator, services the whims of the wealthy. No job too big or too stupid. Swimming lessons for LuLu? He'll hire a hunky model as her instructor. A fund-raising doggie fashion show? He'll organise a swish venue, a designer to make clothes for models and canines, and gift bags for the guests. 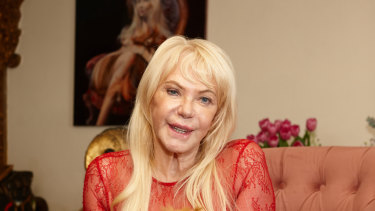 In reality show My 80-Year-Old Flatmate, Christa Billich looks for a millennial to share her inner-city penthouse. Credit:Network 10

My-80-Year-Old Flatmate, interestingly but not surprisingly given 10's target audience, has a title that suggests it's shaped from the perspective of the millennials who are featured. But in this set-up, the oldies hold the power. They own the coveted real estate that the twentysomethings can't access. So they get to interview prospective housemates, trialling two of them separately, and then choose a lucky winner to receive a year's free accommodation.

The show hinges on contrasts and connections between young and old, and the producers chose a couple of wildly disparate octogenarians: conservative John, a retired teacher who just wants his garden tidied up, and champagne-scoffing Christa, who wants a playmate who can also care for her yappy canine “children”.

Private Eyes is an odd-couple comedy created by writers and stars Heidi Arena and Nicola Parry. They play primary-school mums who impulsively decide to go into business as detectives with no clue about what they're doing. It's the most promising of the bunch, although the scripts need to be denser. 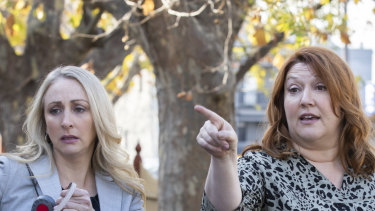 It's worth noting that some of 10's more engaging local productions this year – Five Bedrooms, Mr Black, My Life is Murder – didn't need the platform of pilot week to land commissions. The network simply decided it wanted them and signed on the dotted line.

So why bother with this parade? Maybe it generates some excitement about what's to come. Perhaps it differentiates 10 from its rivals. It does provide some handy promotional hooks: what will screen? How will it rate? What will be given the go-ahead?

But the basic job of the brains trust at 10 – as with its rivals – is to identify and nurture new talent and ideas in the hope that they will produce popular programs. That's why they're paid the big bucks.

After two outings, pilot week looks like a shiny ornament to that process rather than a crucial part of it.