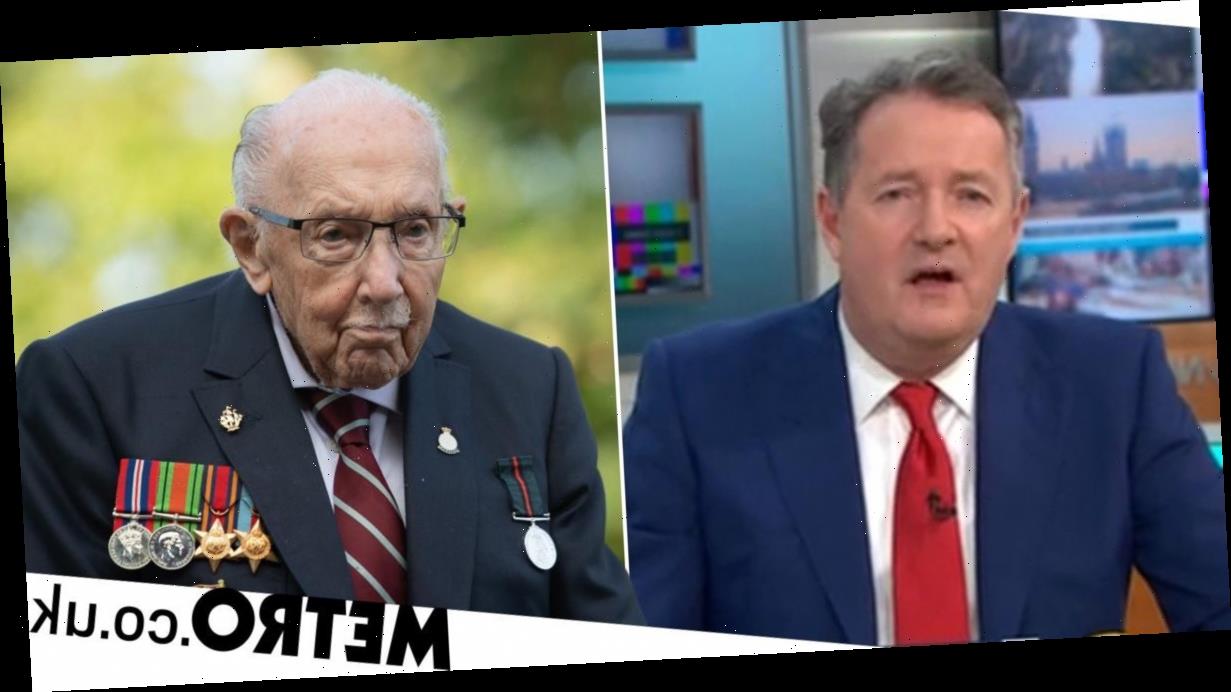 The 100-year-old veteran was taken in for medical attention on Sunday after being treated for pneumonia for some time and vile keyboard warriors have trolled him for taking a trip to Barbados in December.

Joining the likes of Holly Willoughby and Phillip Schofield, who fiercely defended the charity fundraiser for going on holiday with his family, Piers launched into a passionate rant.

‘If your first thought is to troll him and his family on Twitter because they took a perfectly legal trip to Barbados, a trip of a lifetime to give him a break…,’ Piers began.

‘He was offered a free trip and we have no idea if it had anything to do with his subsequent illness, we’re in February now, that was back in December, we don’t know that at all. 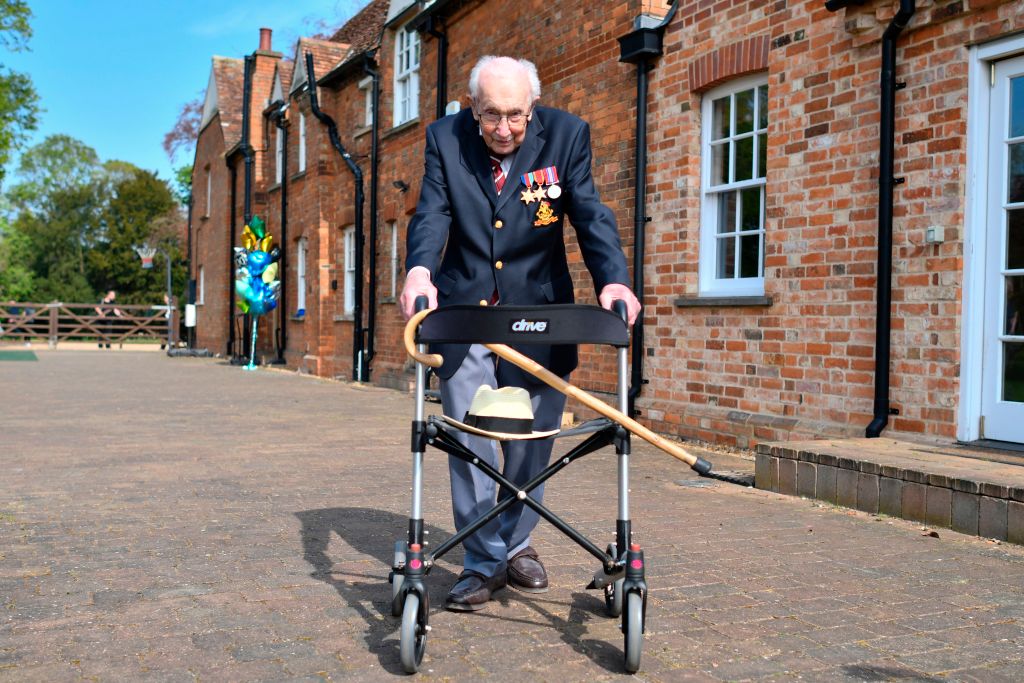 ‘But frankly that’s a matter for the family. He did nothing wrong.’

He continued: ‘I watched yesterday, Twitter has already descended into a total sewer over Marcus Rashford and other black footballers in this country, racial abuse spewing out from these anonymous cretins on Twitter.

‘And then I see them turn on Captain Sir Tom Moore and I see them abusing him and mocking him.

‘For these disgusting vermin to be abusing and mocking him and his family on Twitter in such a moment when clearly there are very serious concerns about his life, I find it utterly contemptable.

‘What have we become?’

On Monday night, it was confirmed that Captain Tom had been joined by his family in hospital.

A statement, released with the agreement of his daughters Hannah Ingram-Moore and Lucy Teixeira, said: ‘Bedford Hospital continues to care for Captain Sir Tom Moore.

‘At this time members of Captain Tom’s family are with him.

‘We respectfully request that media give the family space and privacy and do not contact them directly so they can focus on their father, grandfather and father-in-law.’

The veteran’s family had announced his illness on Sunday, releasing a statement on Twitter which said he had needed additional help with his breathing and was being treated on a ward but not in ICU.

The statement continued: ‘The medical care he has received in the last few weeks has been remarkable and we know that the wonderful staff at Bedford Hospital will do all they can to make him comfortable and hopefully return home as soon as possible.

‘We understand that everyone will be wishing him well. We are of course focussing on my father and will update you when we are able to.’

Last month, Piers stared down accusations he broke lockdown rules to fly to Antigua over the Christmas break.