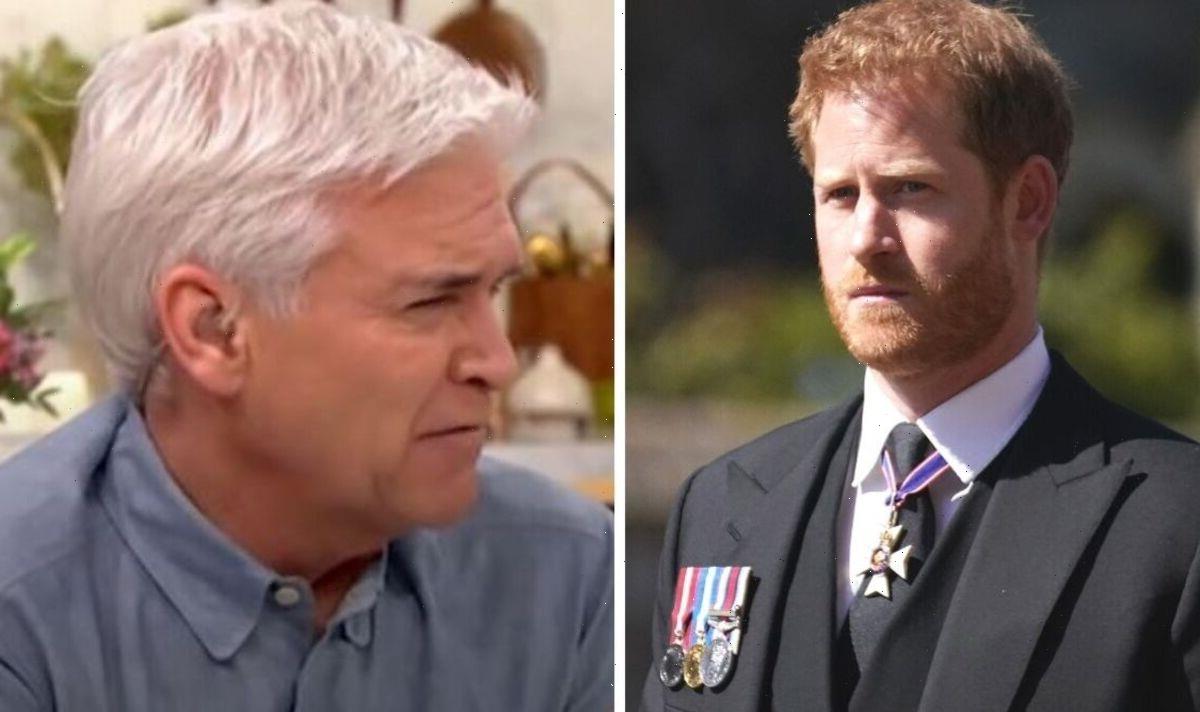 The This Morning presenter was discussing reports Prince Harry wants reconciliation with the Royal Family despite making various claims against them in his tell-all memoir, Spare. Phillip Schofield fumed about the Duke of Sussex and suggested he “shut up” if he wants to make things right with the royals.

It comes after a number of revelations about Prince Harry’s relationship with his brother Prince William were divulged in the memoir, as well as the prince’s feelings towards Camilla, Queen Consort.

Harry also appeared on some televised interviews ahead of the January 10 release of his memoir.

He told CBS how Camilla “sacrificed” him to improve her public image.

In Spare, he described Camilla as the “wicked stepmother,” although he said he and William eventually warmed to her.

In recent interviews as well as the highly-anticipated book, Harry detailed physical rows between himself as the Prince of Wales.

Discussing claims Harry wants to build a relationship with his family, Phillip explained he was halfway through reading the memoir.

He commented Harry had allegedly said: “‘You wouldn’t believe the stuff I’ve left out, I’ve got enough for another book, it’s a four-book deal.'”

The ITV host raged: “How can you reconcile anything if you don’t shut up?!”

“I agree with that,” Camilla Tominey remarked. “But obviously from the Palace’s perspective, their reasonableness makes him look more unreasonable.

“They extend their invitation to the Coronation – it’s up to the couple whether they come and I’d be worried if I were them – the booing, egging.”

“Harry has demanded terms – a conversation, and an apology,” Gyles added.

He went on: “If they could agree that would be done privately, then the King would say yes, of course, I imagine.”

Camilla chimed in: “But they are worried it will end up in a book.”

“That is the problem,” Gyles agreed. “If you have a conversation with somebody and they’ve got three more books to write. What are you going to write about?”

“If all conversations become content, that’s quite awkward,” Camilla argued.

King Charles III’s Coronation will take place on Saturday, May 6, at Westminster Abbey.

It had been expected the Duke and Duchess of Sussex would be invited to attend.

In his interview with ITV’s Tom Bradby last weekend, Prince Harry did not specify if he and Meghan Markle will attend the event.

Tom asked: “If you are invited to the Coronation, will you come?”

Prince Harry responded: “There’s a lot that can happen between now and then. But, the door is always open. The ball is in their court.”

This Morning airs on weekdays from 10am on ITV.