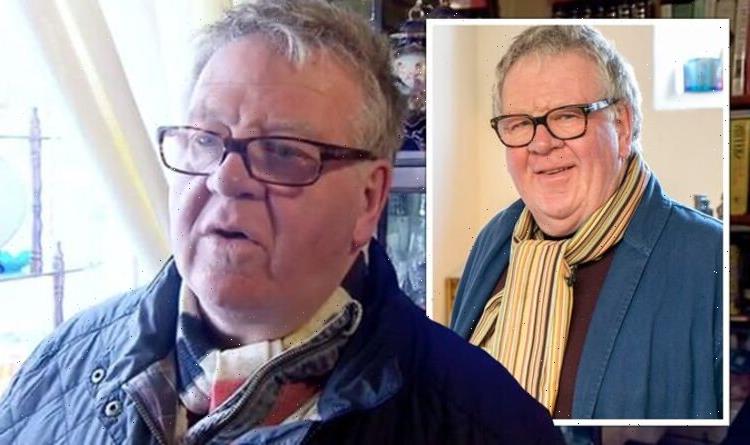 Philip Serrell runs his own auctioneer house when he is not supporting the red and blue teams on the BBC’s TV hit, Bargain Hunt. The expert has worked in the industry for years, having set up his business in 1995. Express.co.uk has all you need to know about how old the antiques fanatic is.

Philip Serrell is known for his appearances on a number of auction shows, but he also runs an independent auction house in Worcestershire.

He has more than 40 years of experience, working internationally to value items.

Philip studied at Loughborough University and was actually training to become a PE and Geography teacher.

However, he soon switched career paths and developed an interest in auctioneering.

His first job was cleaning out cattle pens at a livestock market, and it was here he gained his experience.

After a few years he was able to set up his own business, which has gone from strength to strength.

Philip is 67 years old and celebrates his birthday on March 27, having been born in 1954.

He was born in Worcestershire and went to school there.

The expert remained in Worcester, where he continues to live with his wife, Briony.

The pair have a child called Clementine.

Philip has worked with some interesting people across his career and has written many books based on his life.

He is also a keen fundraiser for charities such as St Richard’s Hospice and the Museum of Royal Worcester.

The star discussed his drastic career change, explaining: ” I qualified as a PE teacher but I think those days might be long gone.

“Probably something to do with the countryside.”

On how he got involved in Bargain Hunt, he added: “I was approached by the series producer of the day and recorded the first Bargain Hunt filmed at Malvern in 1999 which was broadcast the following year.

“I only ever thought I’d do one programme.”

The expert went down a huge hit with fans of the show and he has remained a source of entertainment.

He said the friendships he has developed with the fellow experts and crew have made for the most memorable moments.

Outside of the show, he opened up about his personal life and what he enjoys doing in his free time.

“[I] spend a lot of time watching sport and telling them all how good I used to be. The older I get the better I was.”

The expert said one of his biggest profits was on a Royal Worcester vase that made nearly £800.

He was proud of the programme for making antiques accessible to everyone.

Bargain Hunt airs on weekdays on BBC One at 12.15pm.