Penny Marshall, the director and sitcom star, has died at the age of 75. Her flair for comic timing was present in the role that propelled her to stardom: the brewery worker Laverne DeFazio in the hit show “Laverne & Shirley.” That timing was also apparent in her direction of comedies like “Big” and “A League of Their Own.” Below is a clip from the series, as well as highlights from her directing career.

The series, a spinoff of “Happy Days,” ran for eight seasons, from 1976 to 1983. Each episode began with what would become one of the most memorable opening-credit sequences in television. Laverne’s trot down a Milwaukee sidewalk, locking arms with her roommate and friend, Shirley (Cindy Williams), had millions chanting along with them, “Schlemiel! Schlimazel! Hasenpfeffer Incorporated!” (Available on DVD)

Marshall directed some episodes of “Laverne & Shirley,” which led to a new phase of her career: making the same kind of comedy she perfected in front of the camera also come to life behind it. After the series, she moved on to directing film. Her debut was this comedy starring Whoopi Goldberg in her first lead comedic role, playing a computer programmer who gets caught up in espionage. (Rent it on iTunes, Amazon Prime, Google Play and YouTube.)

This comedy about a boy who, after making a wish, ends up in the body of a grown man, helped solidify Marshall’s filmmaking reputation. It also became the first movie directed by a woman to gross more than $100 million. Tom Hanks’s playful performance helped earn this scene, in which his character performs a duet with Robert Loggia on a giant floor piano, a beloved place in pop culture history. (Rent it on iTunes, Amazon Prime, Google Play and YouTube.)

This was Marshall’s first foray into dramatic feature directing. It starred Robin Williams as a doctor, based on the author Oliver Sacks, working with a group of catatonic patients, one played by Robert De Niro. A drug treatment he tries on them creates favorable results, and this scene shows Marshall was adept at handling serious material. (Rent it on iTunes, Amazon Prime, Google Play and YouTube.)

Marshall returned to comedy, and assembled her first large-scale female cast, with this film about a 1940s women’s baseball league. While “there’s no crying in baseball,” the film did have the kind of sentimental moments that moved audiences to tears. (Rent it on iTunes, Amazon Prime, Google Play and YouTube.) 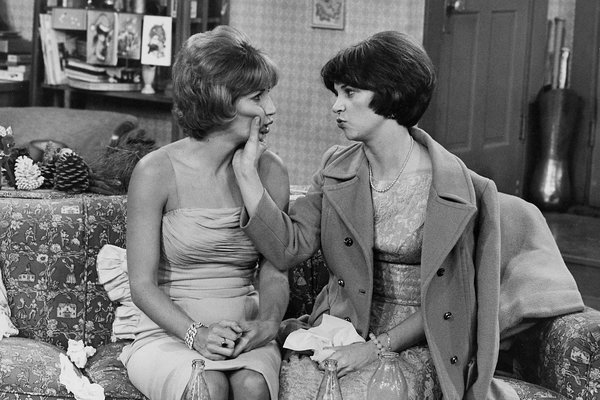