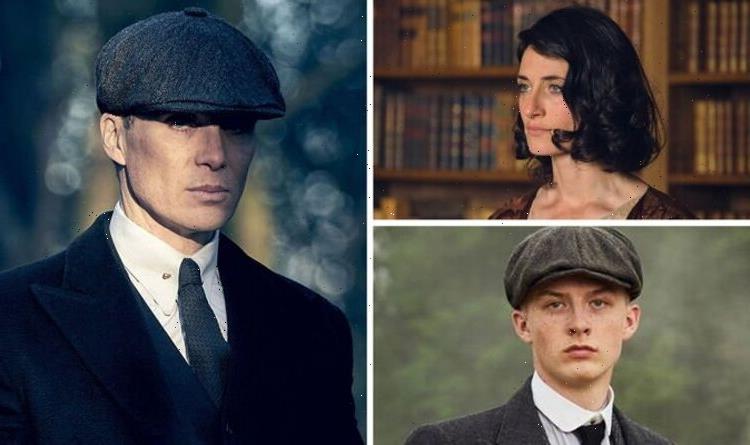 Peaky Blinders will continue on Sunday as Tommy Shelby (played by Cillian Murphy) and the rest of the family continue to navigate life without Polly Gray (Helen McCrory). However, in an exclusive interview with Express.co.uk, Finn Shelby star Harry Kirton teased Tommy may be betrayed by someone close as he attempts to expand the family empire.

Season six kicked off with the Shelby family showing themselves to be increasingly fractured.

Speaking to Express.co.uk, Peaky Blinders star Harry was asked if Tommy has what it takes to bring the family back together.

He explained: “The dynamic is very strange because there’s a few new characters.

“Obviously, what happened with Oswald Moseley and the way things were left and now Tom Hardy’s back in it again this year as well.

“There’s a lot of kings on the battlefield and even for Finn’s own storyline, he doesn’t necessarily want to be taking orders.

“Not that he has too much of a choice in it, but I don’t think he wants to be taking too many orders.

“He naturally takes a journey with himself to find himself and takes time to really realise what he’s got himself into.

“He craves to be one of the soldiers if not one of the Knights of the Round Table.”

“I think Tommy has a lot plaguing him for a lot of his life and if you plant a seed it will come back to haunt you,” he continued.

“Finn and Tommy certainly are very much brothers there’s love there.

“But whether he does a good job of tying us back together or not, I’m not sure if he does.”

Harry pointed out the Shelbys will always have respect for each other.

“But the respect and the attention to the duties that are dished out – we’re all still doing it,” Harry said.

“I’m not sure if it does a good job of tying us back together but once you have as many enemies as Peaky Blinders do, I think you will just go through thick and thin regardless.

“You follow orders when you’re out of your depth and there’s always a lot of power, a lot of politics.”

“I think it probably comes to full fruition this year of the amount of politics involved, it just always seems to double each season,” Harry added teasing at a possible betrayal.

Could Finn venture out on his own and turn his back on his brother?

“I think Finn has his own friends now, he has his own relationships now and as he’s becoming his own man he will naturally as we all do, move out,” he continued.

“He’s already living on his own, but he will create his own life, and there’s a natural distance created with those that you love.”

Peaky Blinders continues on BBC One on Sunday at 9pm.