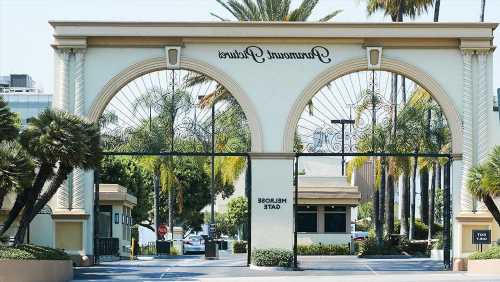 A restructure of the Paramount Pictures marketing and distribution team will see co-president Mary Daily exit the studio and Marc Weinstock elevated to run a unified global team.

Daily had been in her role since 2017, and Robbins highlighted the successful international campaigns she crafted for films including “A Quiet Place” and its sequel, “Bumblebee,” “Rocket Man” and “Mission: Impossible – Fallout.”

As we continue to shape the future of our studio and make great films, I have news to share about the leadership structure in Paramount’s Theatrical Marketing and Themed Entertainment & Consumer Products teams.

As you know, Marc is a dynamic leader and visionary marketer, and his expert work here at Paramount more than proves this. He has been instrumental in a number of Paramount’s successful marketing campaigns, including Rocketman, which received wide critical acclaim, grossed nearly $200 million worldwide, and received numerous awards nominations and wins including a win for the Oscarâ for Best Original Song; Sonic the Hedgehog, which broke multiple box office records and has to-date earned nearly $319 million in worldwide box office; and A Quiet Place Part II, the first post-pandemic theatrical-only release, which earned $57 million in domestic box office grosses its opening weekend, has earned $279 million worldwide to-date, and garnered a 91% Rotten Tomatoes score.

I’d also like to extend our deep thanks to Mary for her important contributions to the organization. She joined Paramount in 2017 as President of International Theatrical Marketing and Worldwide Home Media Entertainment. During her time at the studio, she developed and spearheaded a number of successful international theatrical campaigns for movies including A Quiet Place and A Quiet Place Part II, Bumblebee, Rocketman and Mission: Impossible–Fallout. Mary is a very talented executive, and we wish her well in the future.

I would also like to share that Pam Kaufman, President of Global Consumer Products for ViacomCBS, will now be assuming an expanded global role as she takes on leadership of Paramount’s Themed Entertainment division. She will be dual reporting to Raffaele Annecchino, President and CEO, ViacomCBS Networks International and me. Kevin Suh will be stepping down in his role as the current president of the division.

Pam is a transformational leader and a powerful force in the industry. Representing well over $5.6 billion in worldwide retail revenue, Pam has led the consumer products business to be a key driver of revenue growth while expanding the popularity and influence of our global franchises. Adding Pam’s laser focus to Paramount’s Themed Entertainment business will enable us to further grow our franchises by offering consumers even more innovative touchpoints and experiences with our titles, characters and storytelling.

Kevin joined Paramount in 2012 and during his tenure here, his raft of accomplishments include ushering in the deal bringing Mean Girls as a live stage adaptation to Broadway and spearheading partnerships on a wildly successful video-game adaptation of World War Z with Xbox, PlayStation and PC, among many other successful themed entertainment deals. Kevin has been a valued member of the Paramount leadership team, and we thank him for his many successful contributions to our business.

We are at an exciting inflection point as an organization and our collaborative relationship is only beginning. Please join me in congratulating Marc and Pam and thanking Mary and Kevin for their work and leadership.