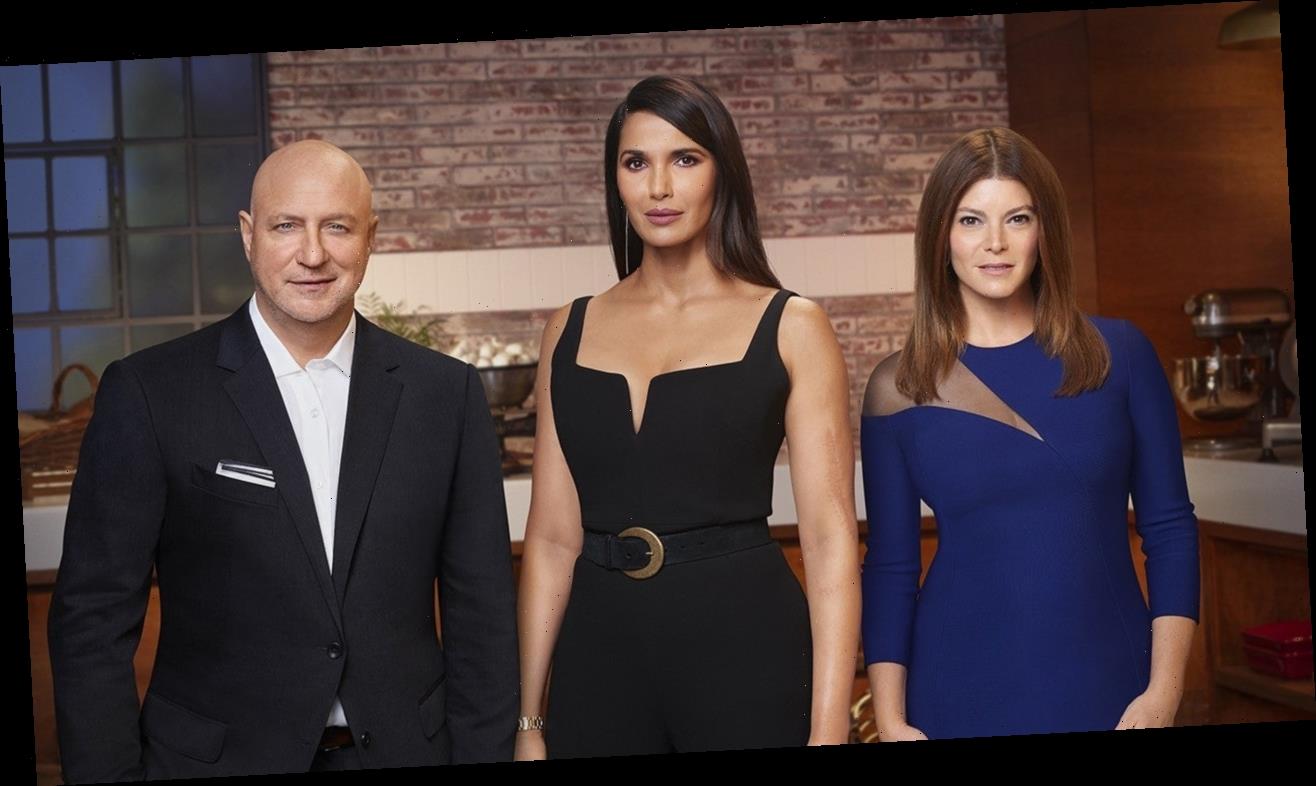 First premiering in March 2006, Top Chef has become a long-running and always watchable series that has produced 17 seasons as well as several spinoffs. Its 18th season, which premieres on April 1, is set in Portland as the world slowly emerges from the coronavirus pandemic with Padma Lakshmi, Tom Colicchio and Gail Simmons all returning to find the next great chef.

In the 15 years the Emmy-winning reality competition has been on the air, the show has certainly evolved in many ways — this season especially will see new variations of popular challenges as they contend with COVID-19 safety protocols. But the one thing that has changed for the best Lakshmi, Coliccho and Simmons tell ET is a shift away from “drama” and more of a focus on culinary excellence.

“Drama naturally occurs in competition. You don’t need to manufacture it,” says Colicchio, who thinks that early in the show, there was “too much reality,” with storylines built around Ed’s missing pea puree that was believed to be stolen by Alex in season 7. “No one stole it. The other chef left it behind in the kitchen,” the judge continues, adding, “Looking back on seasons 1, 2 and 3, you see all the drama.”

But easily the most controversial and reality TV-like moment was when Cliff, Elia, Ilan and Sam tried to shave Marcel’s head in season 2. “I could never imagine someone holding someone else down and threatening to cut their hair,” the judge says.

Now, Colicchio adds, “We actually have a better balance of that stuff now… the show is about the actual cooking competition and less about the drama, which is better for us because quite frankly we don’t know or care about the drama that’s going on behind the scenes.”

“There’s a difference between storytelling and reality, right?” Simmons offers. “And I think that we’ve figured out that the storytelling about these contestants is what people want to see a lot more.” 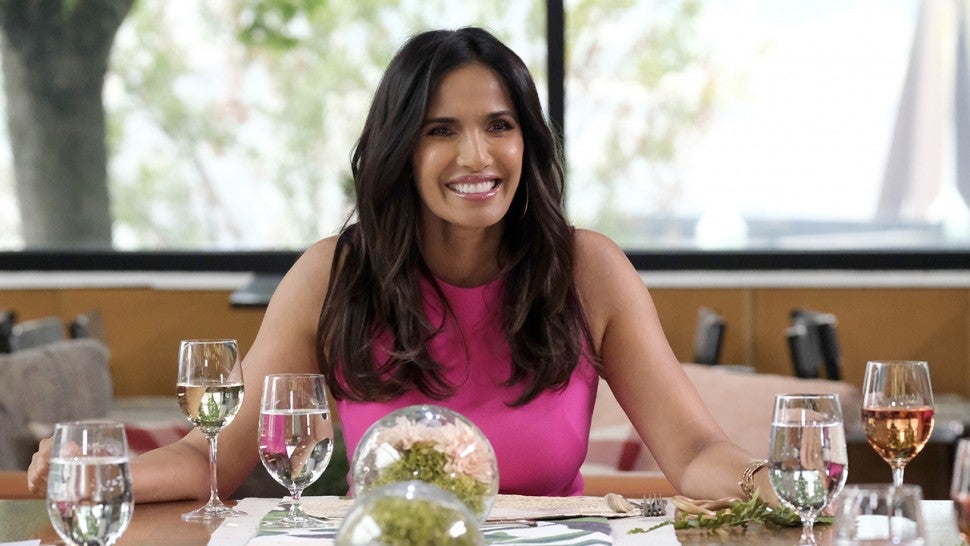 And as the focus of the show evolved, so have the cheftestants. Not only do they act more professional (“Chefs that watch the show are being very careful to not be that guy,” Colicchio suggests), but the 17 or so competitors are all at the top of their game, with season 18 marking the first time there are no sous-chefs.

It’s a far cry from the first few seasons, which featured a lot of homecooks and part-time chefs. “We soon realized what our audience wanted to see,” Simmons says, that everyone cast moving forward “was a sous-chef or an executive chef. And from then on, the talent’s just gotten higher and higher.”

She adds that now, “these chefs already have what it takes and it’s about sort of elevating them and finding the best of the best.”

That being said, Simmons also says that the caliber of food is unparalleled. “In the last eight or 10 years that we’ve been making this show, we aren’t choosing the worst dish, we’re choosing the best dish… People rarely screw up badly anymore and we almost never eat terrible food.”

And because each season of Top Chef now lets the cheftestants truly shine, from a focus on their past experiences to how they’re doing on the show, a lot more have become stars in their own right — whether or not they win the competition. Among some of the more famous personalities are Antonia Lofaso, Brooke Williamson, Carla Hall, Fabio Viviani and Richard Blais, who is among many returning winners and fan-favorites serving as an expanded panel of judges on season 18. 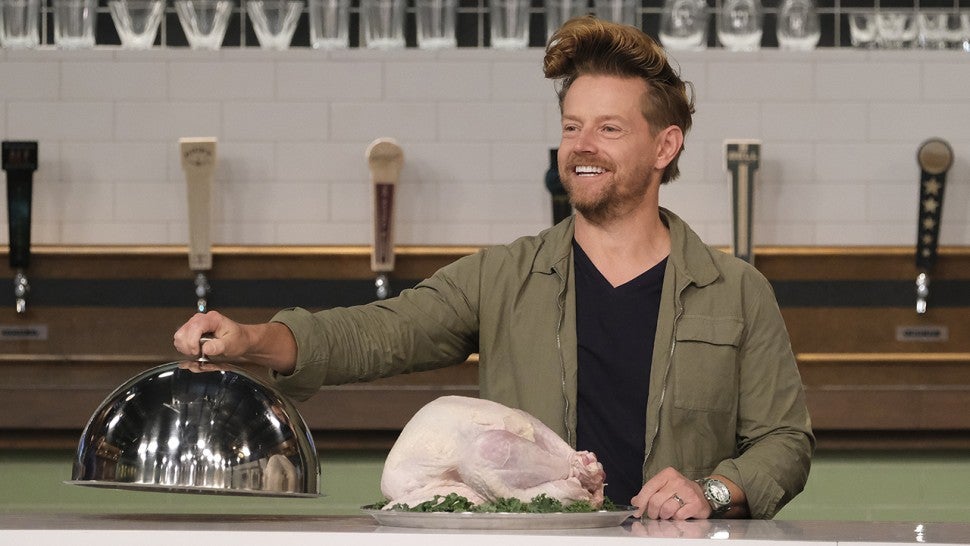 “What the show does, if you stick around long enough, is to tell people your story professionally, right?” Lakshmi says, explaining that over the course of the six weeks of quick fires and elimination challenges, “it shows you a very particular side of these chefs. Not only their professionalism and creativity, but also where they’re coming from, what their philosophies are, and how they handle pressure.”

She adds, “Any Top Chef contestant you talk to will tell you the same thing, it’s one of the most important and foundational things they’ve ever done in their career regardless of what point they’re at in their career because it tests you in a way that really can’t be challenged anywhere else.”

And for as trailblazing as this show has been, all while becoming a mainstay in the pop culture zeitgeist, Simmons says now, “There was a moment of us not really knowing where this would take us and thank goodness it resonated. We worked really hard to make something that everyone is proud of.”