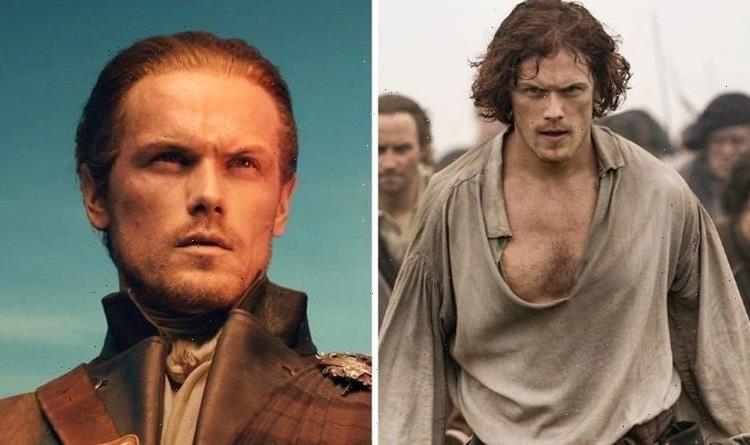 There are still two more books in Diana Gabaldon’s Outlander series still to be released, and fans are eagerly awaiting the start of the sixth season of Starz’ TV adaptation next year. However, could an old interview from the original creator reveal how the story will eventually come to an end?

A new theory from Outlander fans has predicted Jamie Fraser (played by Sam Heughan) will die in his native Scotland in the final season.

It’s currently unknown whether the Starz adaptation will continue beyond its extended seventh season, based on Gabaldon’s 2009 novel An Echo in the Bone.

However, viewers and readers are optimistic the popular show will coincide with the writer’s original plans for the series’ conclusion.

They have recently uncovered an interview conducted in 2015, in which the author laid out some minor details for how the story will come to an end.

In The Outlandish Companion, she said: “I think the Outlander books will end in about 1800 in Scotland.”

“If this tells you anything, more power to you,” Gabaldon teased.

Her comments hint towards a dramatic shift in direction for the TV series, which is currently still set in America in the late 18th Century.

Season one, and, indeed, Gabaldon’s first Outlander novel, began when WWII nurse Claire Randall (Caitríona Balfe) is thrown back in time to the Jacobite Rising in Scotland.

There she meets Highland warrior Jamie Fraser, who bears a striking resemblance to a ghostly figure watching Claire from outside her home in the 1940s.

Gabaldon’s interview formed the basis of a recent theory on Reddit, which considered the possibilities of a happy ending for Jamie and Claire.

User sethd1991 posted: “Diana has said it ends happily in 1800’s Scotland so that does sound promising!”

They then referred to a pivotal exchange in the season two finale, named after the second book in the series, ‘Dragonfly in Amber’.

Jamie insists to Claire he’d endure 200 years of purgatory to come back to her, which seemingly foreshadows his unexplained appearance in the 20th Century.

“I found it to be a really interesting line,” the fan continued. “And it made me think that Jamie’s ghost looking up at Claire in Inverness in the 1940s would be a really nice ending.

“It would be 200ish years later, and it would sort of close the time loop.”

Fans are holding out hope for an explanation for Jamie’s ghost at some point, though this might not happen until the very end of the series.

Thankfully, his still unexplained appearance would provide some comfort for fans after one or both of the Frasers die in the final season.

Finally, they speculated: “I think that it’s possible that Jamie will die in 1800s Scotland at the end of the story.

“But then Jamie’s ghost watching Claire in the 1940’s will be a kind of epilogue to that, like we’re right back where we started.”

Devout readers will have even more insight when the ninth book, Go Tell the Bees That I Am Gone, is released later this year.

Until then, viewers could expect to see a return to the show’s original Scottish setting at some point in the next two seasons.

Outlander season 6 will premiere in early 2022 on Starz. Seasons 1-5 are available to stream on Amazon Prime Video.