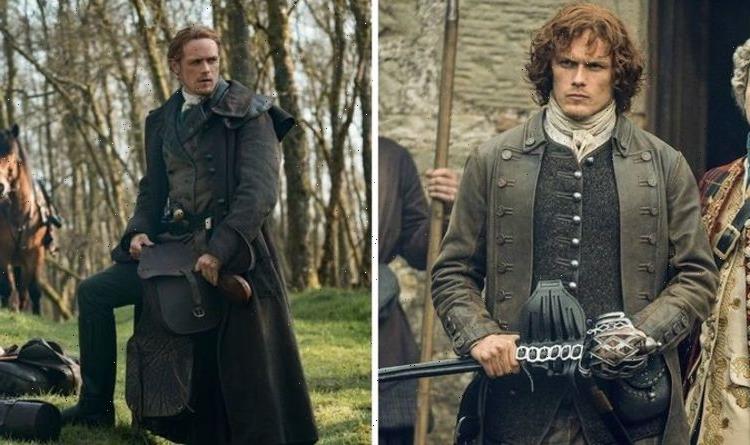 As Outlander fans gear up for the upcoming season of Starz’s historical drama, viewers were left speculating what it could bring. After a shocking season finale, some anticipated trouble could be ahead for the Fraser family, with Jamie star Sam Heughan recently confirming it.

During an interview at the New York Comic-Con, actor Sam Heughan sat with creator Diana Gabaldon, Executive Producer Maril Davis and the host to discuss all things Outlander.

Speaking on the season finale, Sam said: “Jamie went to save Claire but obviously she hadn’t gotten over that trauma.”

“I think Jamie’s very aware of it and he’s keeping an eye on her, I think these cracks are really starting to show not only for Jamie and Claire but of the rest of the inhabitants of Fraser’s Ridge,” he teased.

The last time viewers saw Jamie and his wife together it was an emotional scene after he rescued her when she was sexually assaulted by Lionel Brown (Ned Dennehy).

The actor warned: “The war is coming, it always seems to be coming, but it is coming.

“Jamie’s really having to tread a fine line between his loyalties, he knows he’s on the wrong side with the British and at some point, he’s going to have to switch sides.”

After Lionel and his men had raped Claire Fraser (Caitriona Balfe), Jamie killed the men and brought Lionel to the Ridge where he faced questioning.

Although she had the opportunity to kill him Claire decided to show mercy and uphold her promise to never kill a soul.

Despite this, her friend and co-work Marsali Fraser (Lauren Lyle) couldn’t let Lionel get away with it, so she took it upon herself to avenge Clarie.

She did so by injecting him with a lethal substance which killed him and then Jamie returned his lifeless corpse to his brother Richard Brown (Chris Larkin).

Although he wasn’t surprised to see his brother had died, he promised to go to war for Lionel and seek revenge for his death.

However, for Jamie, the actor revealed season six will be “even harder” as he will be “pulled in both directions.”

He jokingly suggested: “I think they should move to Hawaii, to go and relax,” before stating, “Fraser’s Ridge is not a happy place.”

With tensions rising for the characters in Outlander, it’s hard to discern who will bear the brunt of the impending war.

Jamie could literally be fighting for his life in season six in a war against the Scottish and the British.

Fans will have to tune in to see how this will fare for him and Claire – will it force them to spend some time apart?

However, Sam did hint his character would have to choose and then eventually switch sides, but it’s yet to be seen where he will end up.

As a wife and a mother, season six could also see Marsali in trouble for killing Lionel. Her marriage has always been happy, but the actress Lauren hinted there would be trouble in paradise.

In an interview with Radio Times, she shared: “This time, it just got really deep and really dark, they’re at their most tested.”

Could Richard truly bring war to her door and jeopardise the peaceful and happy family life she once had?

Outlander season 6 will premiere in early 2022 on Starz.