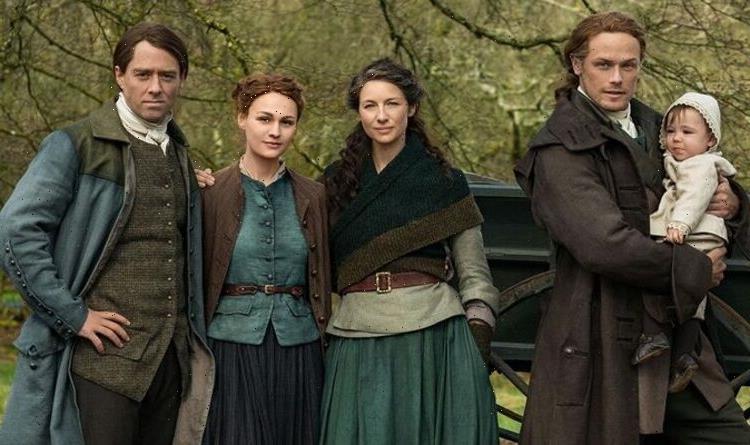 In Allegiance, Jamie Fraser (played by Sam Heughan) struggles with his first request as an Indian Agent. Meanwhile, Roger Mackenzie (Richard Rankin) presides over an unusual funeral and Marsali (Lauren Lyle) gives birth. However, the joy is short-lived when a discovery is made. While the drama focuses on the Frasers and Mackenzies, other new characters will feature in the latest Outlander episode.

Who stars in Outlander season 6, episode 2?

He provided Jamie with information about Stephen Bonnet’s (Ed Speelers) whereabouts in exchange for an introduction to Governor Tryon (Tim Downie).

In season six, he will try to get Jamie to be an ally of the British in the Revolutionary War and tasks him with becoming an Indian Agent.

The British soldier is played by Robin Laing, a Scottish actor who said he is “unbelievably excited and awfully chuffed” to be part of the series.

Robin has previously starred in Guilt as Adrian, BBC drama Vigil as Miller, Shetland as Gavin Laird, and Band of Brothers as Edward J Heffron.

Aidan McCallum is a new settler on Fraser’s Ridge and arrived with Tom Christie’s (Mark Lewis Jones) group along with his mother Amy McCallum.

Amy is a widow and has a newborn child so Aidan feels he has to step up and be man of the house.

Roger has taken it upon himself to help the family build a lodge of their own on the Ridge.

Aidan is portrayed by Caleb Reynolds but not much is known about the young actor.

It may be this is his first acting role as there is no dedicated IMDb page for the star.

Grannie Wilson will take a short starring role in episode two of season six when her funeral causes chaos.

Mrs Wilson’s daughter believes she is dead and Roger presides over her funeral but all is not as it seems.

Anne Kidd takes on the role of Grannie Wilson and is also known for parts in Shetland as Cora McLean, BBC drama Vigil and Morag Torrens, and in Retribution as Meredith.

Anna has also had small roles in Monarch of the Glen, Taggart and Trust Me.

Hiram Crombie is the son-in-law of Grannie Wilson and is responsible for paying The Sin Eater at her funeral.

In the Outlander novel, A Breath of Snow and Ashes, Hiram acts as an unofficial spokesperson for the families from Thurso.

Antony Byrne takes on the role of Hiram but has also starred as General Hake in popular Netflix series The Witcher.

He has repeated cameo roles in BBC soap Doctors and appeared in Grace as Jim Telby, and in Jericho as Red Killeen.

The Sin Eater is an unexpected arrival for some viewers of Outlander but he plays a major role in Grannie Wilson’s funeral.

There is discussion over the payment of The Sin Eater, who arrives at Tom Christie’s “meeting hall” which is still under construction to eat bread and wine.

This is representative of Grannie Wilson’s sins, which will be absolved before she meets with God.

There are currently no other credits listed for David Gany, who takes on the role of The Sin Eater.

It is not yet known if The Sin Eater will return later in the series.

Other recurring members of the cast for episode two includes:

Outlander season 6 continues Sunday on Starz in the US and StarzPlay in the UK.