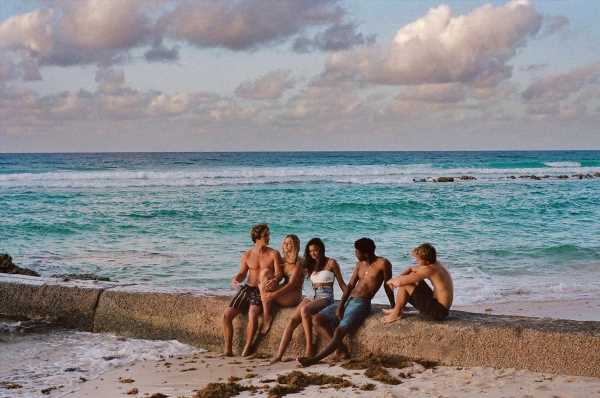 No one quite knows exactly what’s in store for the future of Outer Banks. At the time of this writing, Netflix has yet to confirm another season. However, the huge fan base and popularity on Netflix’s U.S. charts make it hard to believe the teen drama won’t continue. Because of this, many fans have already begun sharing their predictions for the plot of Outer Banks Season 3. Here are some ideas that could make a huge impact on the story.

The Pogues will break up

According to some fans on Reddit, the next installment might test their friendship. In a discussion thread about Outer Banks Season 3 predictions, many users said they think the Pogues will go their separate ways. The return of John B.’s father, Big John Routledge (Charles Halford), might play a role in the split.

At the end of season 2, Big John met with Carla Limbrey (Elizabeth Mitchell) and indicated the beginning of a partnership. If John B. and his father reunite, will he be inclined to abandon his friends in favor of hunting with Big John and Limbrey?

“I bet the group splits into two factions basically: John B. and Sarah go with Big John and Limbrey cause, well it’s John B.’s dad back from the grave. Then Pope, Ki, Cleo, and JJ go and try the find the treasure things on their own cause it’s rightfully Pope’s or whatever,” one user wrote.

A main ‘Outer Banks’ character will die — for real this time

Outer Banks Season 2 featured plenty of near-death experiences. Every one of the Pogues faced a perilous situation, but not one of them died. Even the biggest “death” of season 2, Ward Cameron’s (Charles Esten) suicide by explosion, turned out to be fake.

Another popular season 3 fan prediction on the Reddit thread states that a main character will die and stay dead. There are a few different theories for who will die, with some saying it might be a Pogue and others saying Ward or Topper (Austin North) could meet their demise.

“Rafe kills Ward, Limbrey helps John B. but keeps the info on his dad being alive as leverage. [Wheezie] does something besides passively exist, and Topper loses his s—. Would be a pleasant surprise if Topper confronts Rafe about Sarah a final time and ends up dying for it,” one person wrote. “That way Topper has a completed redemption arc while Rafe gets his deserved spotlight as the main villain. Plus, the show will have finally killed off a non-auxiliary character.”

Another user suggested a “showdown between Ward and Big John,” where one of the fathers “will finally properly die.”

Ever since John B. found out that Ward killed Big John in season 1, he has sought revenge against Ward for everything the man has done. Ward has undoubtedly proven his role as a villain, but what if Big John also had his dark flaws?

Some Reddit users agreed that Big John might show his true colors in season 3. Outer Banks has already established that Big John once had an obsession with finding the Royal Merchant treasure; perhaps viewers will see how far he is truly willing to go to get his hands on the gold. He might betray John B., or he might do anything necessary to save his son from more trouble.

“Big John comes back for an obvious showdown with Ward that will either happen in season 3 or 4,” one prediction read. “Big John is still a good guy but goes to drastic measures to save his son.”

We may not know what Outer Banks Season 3 will hold, but it seems certain there will be even more intense action and plot twists. For now, fans can rewatch seasons 1 and 2 on Netflix.