Comedian Kevin, 39, stood down in December following a backlash over offensive homophobic posts he made more than a decade ago. 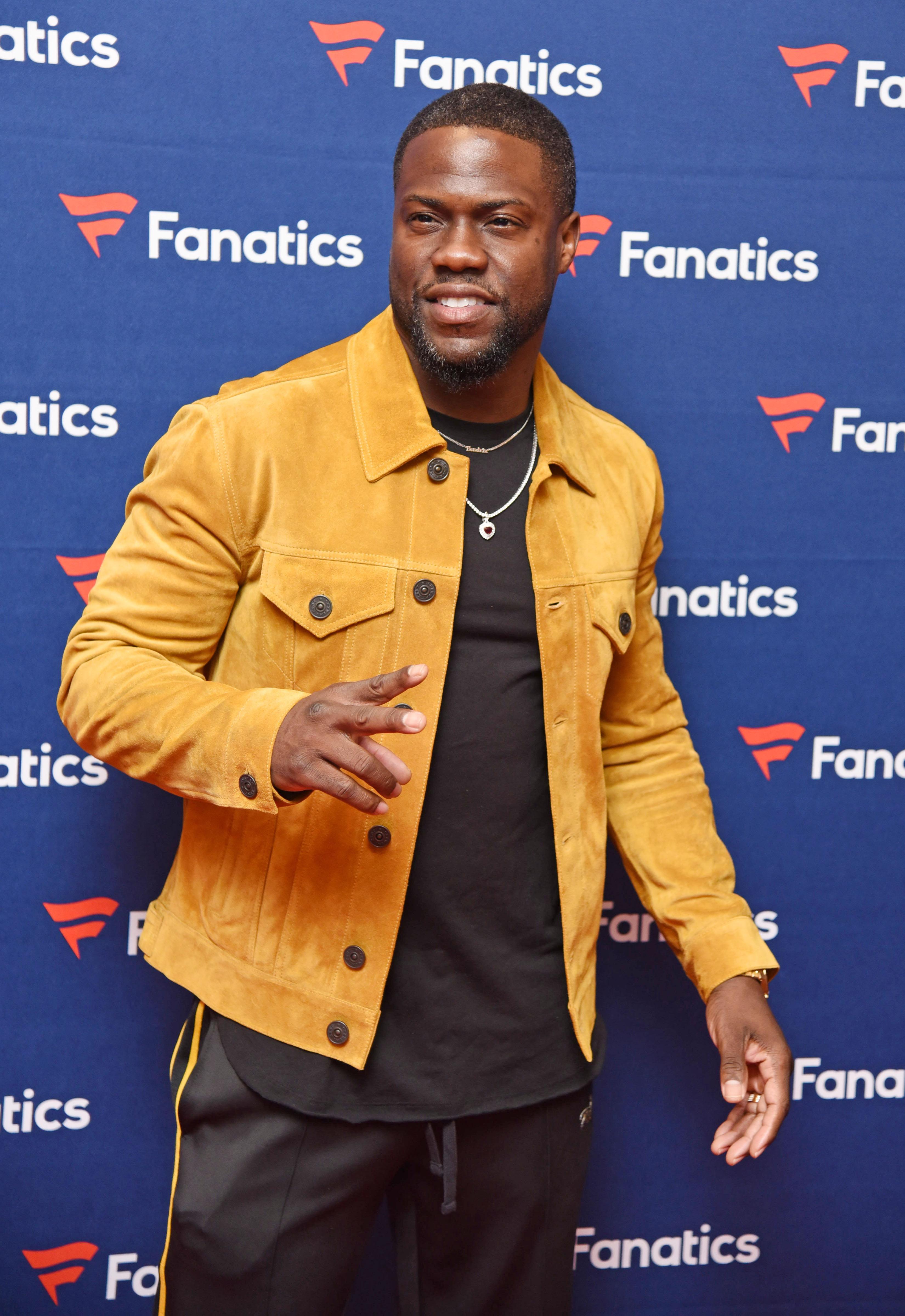 And while big names such as Ellen DeGeneres and Eddie Murphy had been tipped to replace him, ABC Entertainment president Karey Burke has now confirmed the show will go on without a traditional emcee.

The channel boss, which airs the ceremony, simply said they will "just have presenters host the Oscars".

In a sit down chat with the Television Critics Association, Burke said the idea of a hostless ceremony made her nervous at first.

But added: "It no longer does. Ironically, I have found that the lack of clarity around the Oscars has kept them in the conversation. The mystery is really compelling. People really care.” 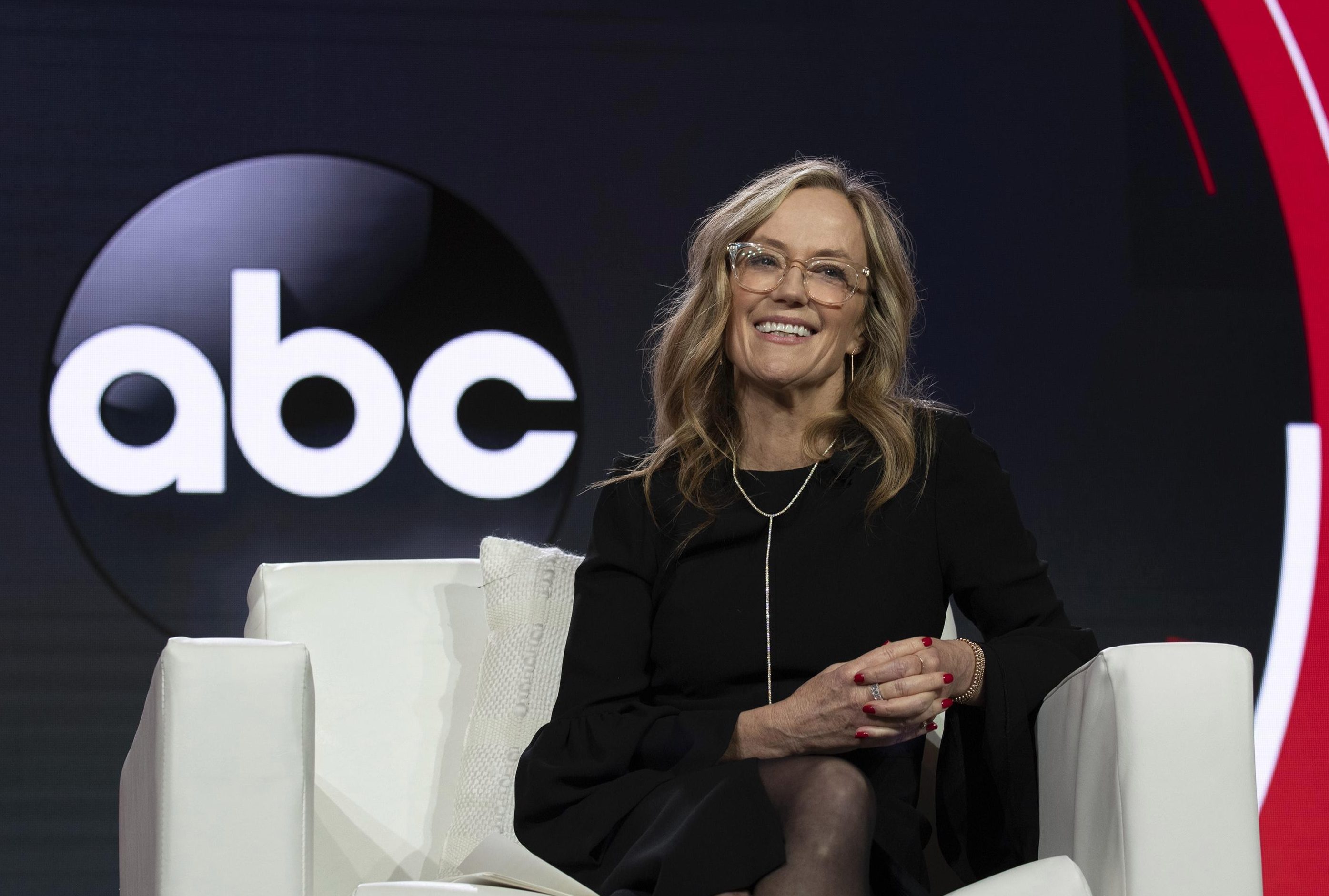 The last time the ceremony went ahead without a host was in 1989, with a painful opening number featuring Rob Lowe dueting with aspiring actress Eileen Bowman dressed as Snow White.

The skit ran on for 15 minutes and saw a host of big name stars awkwardly watch on as they warbled through a number of show tunes.

Hart deleted a number of homophobic messages after getting picked to host the 2019 awards show.

When news organisations noticed what he did, they started reposting screen grabs of the messages, including one from 2011 that read: “Yo if my son comes home & try’s 2 play with my daughters doll house I’m going 2 break it over his head & say n my voice ‘stop that’s gay.”

Other tweets still live on Hart’s Twitter include messages like: “I just saw a n***** put a whole chicken wing in his mouth and pull it out with no meat on it!!!!!! God damn that was gay.”

GLAAD, the gay rights advocacy organization, wrote on Twitter that they reached out to Hart, ABC Network and the Oscars to discuss the tweets.

Kevin announced his withdrawal from the coveted spot on Twitter, saying he did not want the alleged offensive posts to be a "distraction on the night".

Hart – who had previously described the gig as a "dream come true" – had earlier refused to apologise for the tweets, saying he had already addressed the issues.

But as the controversy continued to mount, the 39-year-old tweeted: "I have made the choice to step down from hosting this year's Oscar's….this is because I do not want to be a distraction on a night that should be celebrated by so many amazing talented artists.

"I sincerely apologise to the LGBTQ community for my insensitive words from my past." 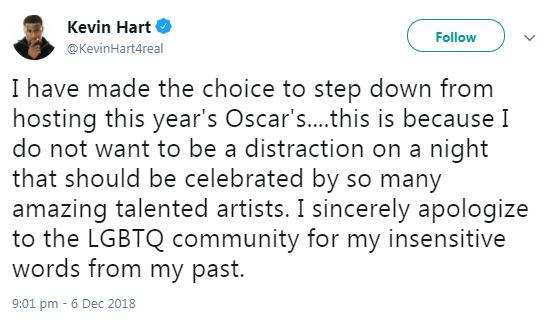 "I'm sorry that I hurt people. I am evolving and want to continue to do so. My goal is to bring people together not tear us apart.

"Much love & appreciation to the Academy. I hope we can meet again."

He was defiant in the face of the criticism, explaining in an Instagram video that the Academy had called him and requested he apologised.

He told fans: “I chose to pass on the apology. The reason why I passed is because I’ve addressed this several times. This is not the first time this has come up. I’ve addressed it. I’ve spoken on it. I’ve said where the rights and wrongs were.”