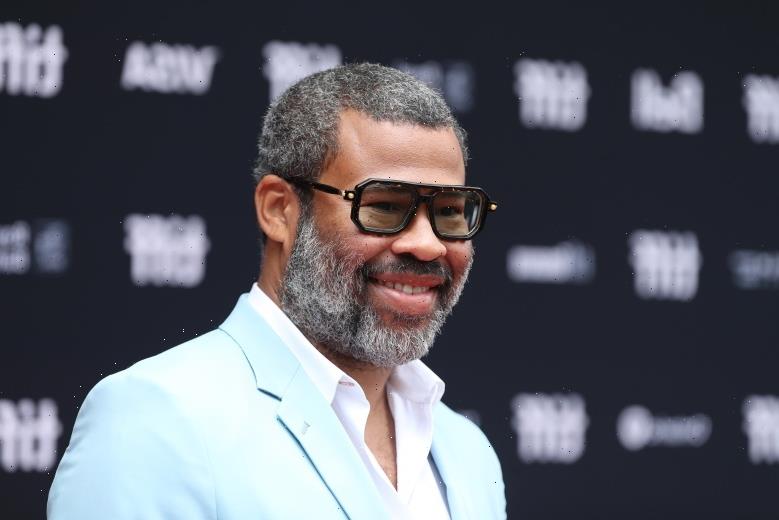 Telluride and Venice got the gears moving, but the Toronto International Film Festival brought it all home: We’ve got an old-school awards cycle. For all the disruption of the past decade, the biggest Best Picture prospects come from some of the oldest players. One year after Apple bought “CODA” at Sundance and won a streamer its first Best Picture, classic Hollywood is gunning for the prize.

Paramount was already marching into awards mode with “Top Gun: Maverick,” the box-office juggernaut that reminded everyone that big theatrical events movies aren’t dead (and neither are the theaters). With 10 Best Picture candidates, the movie stands a good shot at getting Tom Cruise his first nomination as a producer, but its distributor has an alternate plan on the horizon.

Paramount capitalized on TIFF’s quieter weekday buzz to unveil the bonkers trailer for Damien Chazelle’s “Babylon,” a sprawling (and long) epic about the period when silent movies transitioned into sound, with Margot Robbie as a coke-fueled aspiring actress and Brad Pitt as an over-the-hill star. The premise lends itself to lively discussions about Hollywood’s mystique and resilience, which often works wonders with the Academy. The showmanship visible in the trailer suggests a firing-on-all-cylinders cinematic ride that makes sense for Chazelle’s natural evolution six years after his Best Director win for “La La Land.” (Newly anointed TIFF CEO Cameron Bailey juiced the moment by letting the crowd enjoy the trailer twice.)

While “Babylon” has yet to announce a premiere at upcoming festivals, the TIFF event points to the potential the studio sees with the project. Chazelle has allegedly been tweaking his very long cut in the editing room for months and finally got to a place where he “found the movie,” at least enough to give the studio reason to focus on something other than turning a Tom Cruise spectacle into Oscar bait.

TIFF also had something to do with it. The festival spent a year trying to increase press and industry presence and with Paramount and Chazelle, it paid off. For the first time in two years, audience reactions and packed houses drove TIFF buzz. Bailey reestablished the largest fall festival as an essential stop for awards season hopefuls, even when they aren’t part of the lineup.

Similarly, Universal reintroduced Jordan Peele’s audacious sci-fi western “Nope” to the Oscar conversation by hosting a special IMAX screening with Peele in the room for a Q&A. (The writer-director was also in attendance as a producer and voice actor for the Netflix’s animated coming-of-age adventure “Wendell and Wild,” which reunites him with “Key & Peele” co-star Keegan-Michael Key; it could sneak into the Best Animated Feature conversation.)

With its $41 million opening in July, “Nope” boasted the best debut for an “original” film since the start of the pandemic, a record that doubles as a whisper campaign against franchise sequel “Top Gun.” Like “Babylon,” Peele’s movie is a complex look at the history of the film industry through the lens of pure escapism, although Universal will have to devote a lot of effort into keeping it visible through the season; it also has formidable competition within its own ranks. 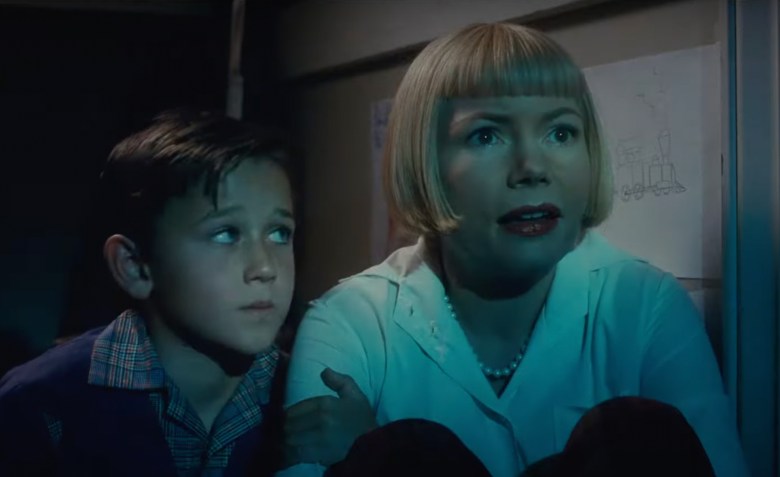 “The Fabelmans,” Steven Spielberg’s autobiographical look at his parents’ divorce and his early stirrings as a filmmaker, became an immediate Best Picture frontrunner after its TIFF debut. The 75-year-old director’s most personal project plays off the public’s knowledge of his iconic career in such intricate fashion that it has no real parallel in film history. Spielberg and co-writer Tony Kushner don’t try anything new from a filmmaking standpoint (except for a hilarious closing shot that will generate a lot of talk), but the director displays the roots of his love for movie magic while practicing it on screen.

He also extracts stunning performances from the likes of Michelle Williams as his mother, Seth Rogen as her lover, and a scenery-chewing Judd Hirsch in a memorable bit that could secure him his first supporting actor nomination in more than four decades. (Paul Dano also delivers as the young character’s dad, but it’s a less showy performance.) Above all else, “The Fabelmans” has already found a lot of fans within the Academy, where Spielberg is one of its most prominent members. (Voters publicly singing the movie’s praises range from distribution veteran Ira Deutchman to Judd Apatow.) As long as Spielberg doesn’t shy away from the machinations of awards campaigning, the movie stands a good chance at staying in the conversation whether or not the buzz translates to box-office receipts.

Universal and Paramount also have potential competition from Disney with “Wakanda Forever” and “Avatar: The Way of Water.” The studio also has Searchlight making the rounds with Sam Mendes’ movie-theater love story “Empire of Light,” which found a muted reception at TIFF, in addition to Martin McDonagh’s blackly comic two-hander “The Banshees of Inisherin,” which was a huge hit due to a pair of blistering turns by Colin Farrell and Brendan Gleeson as old friends who become estranged for mysterious reasons.

“Glass Onion: A Knives Out Mystery”

All of these studio movies stand in stark contrast to the unconventional awards contenders Netflix pushed into the conversation in recent years. From “Roma” to “The Power of the Dog,” Netflix elevated an array of challenging films into the Best Picture race. However, with recent subscriber woes and belt-tightening across the board, the company’s evolving strategy seems to have paid off in a different way. Netflix premiered Rian Johnson’s massive crowd-pleasing sequel “Glass Onion: A Knives Out Mystery” at TIFF and the response reached rock-concert proportions.

Yes, Johnson’s follow-up to his adventures with Daniel Craig’s eccentric Southern sleuth Benoit Blanc runs at least 20 minutes too long, with a busy ensemble that spins around a modern-day twist on the murder-mystery dinner party that’s actually not that hard to solve. Still, with kooky turns from the likes of Edward Norton, Dave Bautista, Kate Hudson, and Craig himself — as well as a first-rate Janelle Monáe, who transcends the other caricatures — “Glass Onion” provides so much endearing scenery-chewing that it stands a shot at TIFF’s coveted People’s Choice award even without any real Oscar prospects. (The previous entry received a Best Original Screenplay nomination.) That should help Netflix sort out how to position the movie, since it hasn’t announced a release date yet.

The streamer also outfoxed negative expectations for Andrew Dominik’s unconventional Marilyn Monroe biopic “Blonde,” which premiered at Venice while other fall festivals didn’t even get a chance to consider it. That strategy along with an NC-17 rating suggested an immediate dud, but the movie was appreciated enough out of Venice for it to score 78% on Rotten Tomatoes and reverence for Ana de Armas’ performance. Netflix screens the movie for press this week, mere days before it opens in New York City. It opens more widely September 23, gradually building its profile before it arrives on the streamer September 28.

Netflix may not crack the Best Picture race, but it’s capitalizing on awards buzz to ensure its films get seen and appreciated on the service. Alejandro Gonzalez Iñarritu’s “Bardo” showed early signs of popularity among Academy voters in Telluride, and the French protest action-thriller “Athena” won raves in Venice. Its contenders may surface in other categories, from Best International Feature to the performance.

Meanwhile, UA/MGM enters its last awards season before Amazon decides how to proceed with its new acquisition with a push for “Women Talking,” Sarah Polley’s sharp and involving look at a group of Mennonite women who determine the best response to the serial rapists in their community. It was one of the major hits of Telluride, where Polley received a tribute, but Telluride meant the movie had to screen at TIFF after its opening weekend, per the Canadian festival’s premiere rules. It made less noise at TIFF, although Polley’s script and the many supporting-actress performances remain formidable contenders. It screens next at the New York Film Festival. 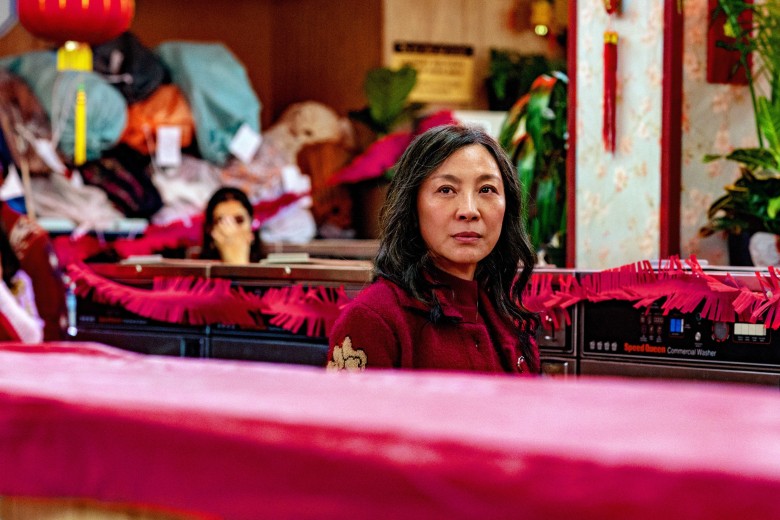 “Everything Everywhere All at Once”

If any distributor has the potential to disrupt the Best Picture race with an unorthodox entry, it’s A24,. The indie studio solidified Brendan Fraser’s Best Actor chances with his astonishing pivot as an obese loner in Darren Aronofsky’s “The Whale,” and a low-key exploration of a queer character in the military: “The Inspection,” Elegance Bratton’s Black riff on “Full Metal Jacket” with a gay twist.

A24 also brought Michelle Yeoh to town for the annual TIFF Tribute gala, where she was honored (alongside Fraser) for her heroic turn in the multiverse hit “Everything Everywhere All at Once.” Like “Top Gun,” the movie’s commercial success in post-pandemic times has been key to keeping it in the conversation. Unlike “Top Gun,” it’s an original movie made on a $25 million budget. Co-directors Daniel Kwan and Daniel Scheinert will make the rounds at upcoming regional festivals to discuss their mind-boggling, genre-bending movie as much as possible. If they manage to ride Yeoh’s coattails and secure nominations for Best Original Screenplay and/or Best Director, a Best Picture nomination is in the cards — and then anything is possible.

The Daniels may not be indie disruptors for long. The duo recently signed a first-look deal with Universal, cementing their status as part of the new Hollywood establishment. As they enter this year’s Oscar season, they’re set to become part of a broader narrative centered on the survival of the movies and the industry that supports them. For all the cynicism that awards season dredges up, this is one cause worth fighting for.