On My Block season two dropped on Netflix on Friday, March 29. All 10 episodes are available to stream and download now on the global streaming site alongside season one. On My Block season two ended on a huge cliffhanger and the fate of Jamal (played by Brett Gray), Cesar (Diego Tinoco), Ruby (Jason Genao) and Monse (Sierra Capri) remains unknown. Read on for a quick ending explained.

What happened at the end of On My Block?

On My Block season two on Netflix came to a very dramatic end.

The final moments saw Cesar, Ruby and Jamal being kidnapped and bundled into a van.

In the meantime, Monse was delivering a monologue straight to the camera as she walked away from her former friends.

Moment’s earlier, Monse had been trying to tell her friends that she was done with Freeridge and will be attending boarding school after the summer.

However, the boys do not seem to believe her and mock her goodbye, leaving her storming away angrily.

When Monse turned around to give her friends one last look, she realised they were gone.

WILL THERE BE ANOTHER SERIES OF ON MY BLOCK? 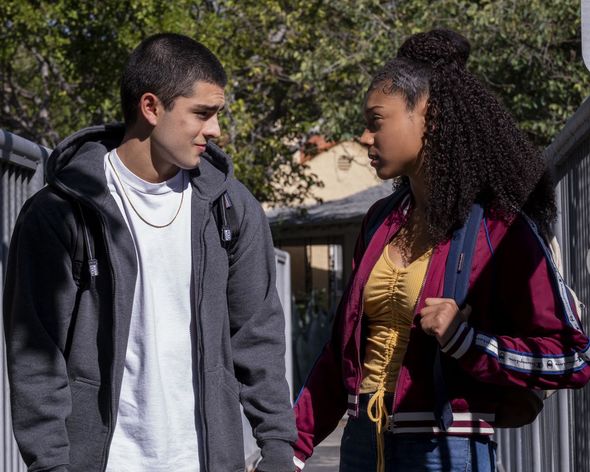 For a split second, it looked like Monse was safe and had survived the kidnapping.

However, in the final seconds, a black hood was pulled over Monse’s face and as the screen faded to black, her screams could be heard.

To keep fans even more in suspense, it is unknown who kidnapped the foursome as their identities were blurred.

The main suspects at the moment are The Prophets, the Police or The Santos.

WHO PLAYS SPOOKY IN ON MY BLOCK? 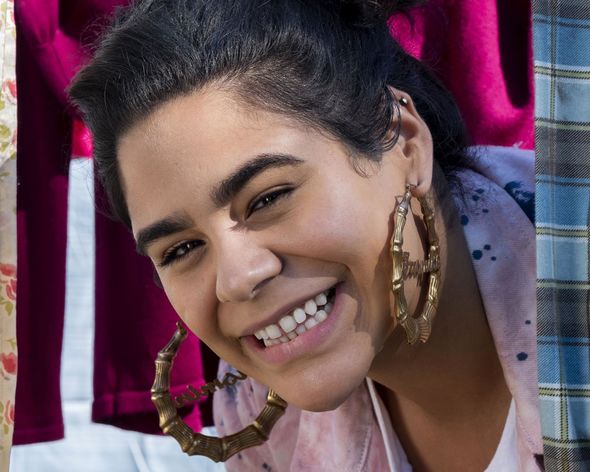 In the final episode, titled Chapter Twenty, the members of the gang The Prophets were arrested by police after being set up by the four with the help of Jasmine (Jessica Marie Garcia) and Spooky (Julio Macias) Cesar’s brother.

Could someone on behalf of The Prophet’s be behind the kidnapping in an act of revenge?

Cesar and Spooky were able to bring down the entire gang by giving them dirty money which could incriminate them for a previous bank robbery.

The Santo’s may also have had something to do with the kidnapping.

In the end, Cesar left his older brother Spooky who is the gang leader, despite his brother’s efforts to save him.

The name Cuchillos is mentioned in episodes nine and 10 and is the name given to the Santos boss but he is never seen, could he be behind the kidnapping?

Cuchillos may be very impressed by how Cesar and his friends took out the Prophet’s and want to meet them in person.

One theory floating around is that it is the Police who have abducted Cesar, Jamal, Ruby and Monse to protect them.

Cesar and Monse’s relationship was also over after Cesar slept with a girl from work after their first breakup.

Despite, Monse also moving away temporarily and not speaking to Cesar for weeks following the first break up, she could not forgive Cesar for what he had done.

Fans have been speaking on Reddit about the shocking ending.

One fan wrote: “Woah just finished watching it and I gotta say the ending was so unexpected at least we know that there’ll be a season 3.”

Another fan theorised who was behind the kidnapping, commenting: “My theories: Kids from Brentwood, Cuchillos, The dudes who stole the marked money (Ruby ran into these four dudes at the Santos Party), or you know a little farfetched one could be a rise of a new gang?”

Another commented: “I just watched it, oh my god!! It has to be some Prophet$’s that weren’t caught right?? I mean I know they said they got all of them but some could’ve been lying low? Only other guesses would be a new gang coming in when they heard about the Prophet$’s demise.

“I really don’t know!! So excited for season 3, hope we won’t have to wait as long as we did for season 2.”

HOW MANY EPISODES ARE IN ON MY BLOCK SEASON 2? 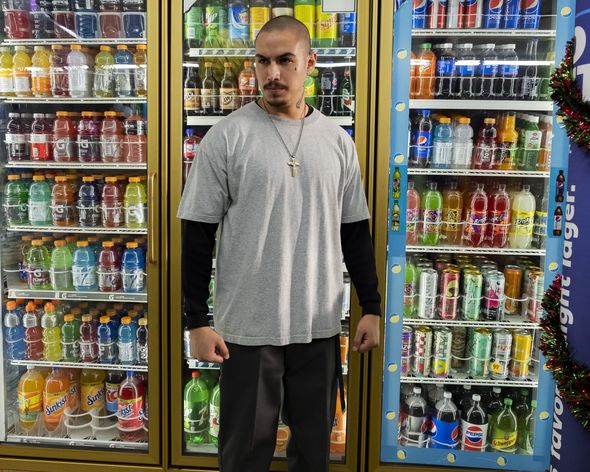 Will there be another series of On My Block?

One thing’s for sure, the dramatic ending of On My Block leaves the series open for another season.

Unfortunately, no official announcement has been made by Netflix regarding the second season of On My Block.

A second series will depend largely on the ratings, something which Netflix does not reveal to the public.

At the moment, On My Block season two has received positive reviews, with critics praising the series for its diverse cast and daring storylines.

If a third series if given the green light, it is likely to premiere in March 2020, judging but the release pattern of the previous two seasons.

News of season two was announced in April 2018 after it premiered in March 2018 so season three could be announced as early as next month.

This article will be updated when more information is available.

On My Block season two is streaming on Netflix now