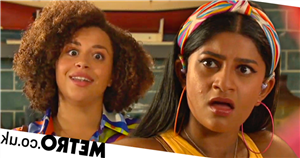 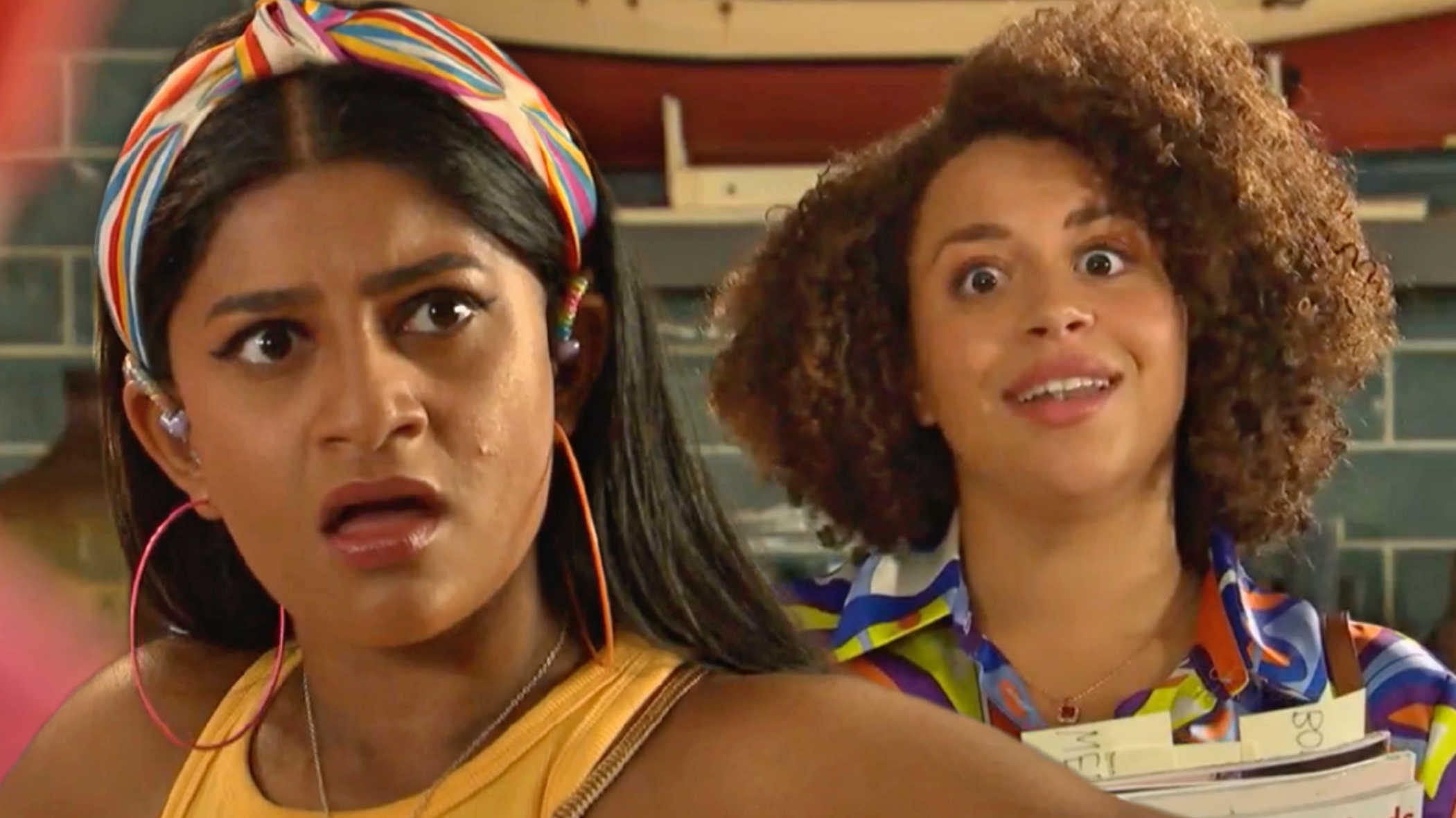 The duo have joined forces in the wake of Yazz’s suspension from the school, following her involvement in the Free DeMarcus campaign.

Jack suggested that they team up and look at some of his old unsolved case files and Yazz thought it was a fab idea.

In fact, she was taken with one case in particular, which was centred on a criminal known as The Runaway Bride, whose modus operandi involved her seducing men into agreeing to marry her, before making off on the morning of the ceremony with the wedding fund!

The only clue that any previous investigating officers had come up with was the existence of a red toby necklace, which they believe this ‘Runaway Bride’ to be in possession of.

Yazz and Jack decided to investigate further, with the former revealing her intention of reaching out to one of the victims, hoping he’ll come on their new crime podcast to speak to her about his experience.

Olivia, meanwhile, arrived at The Dog and was quick to put Yazz’s efforts down before making another dig about her suspension.

The deputy head then asked Jack for a drink, before revealing that she’s knee-deep in planning her wedding to Prince McQueen (Malique Thompson-Dwyer).

A post-it note belonging to Olivia, however, could prove to be a huge clue in Yazz’s investigation. The note in question fell from Olivia’s folder to the floor.

It read: ‘Wedding fund’. What’s more, Olivia’s red necklace was on display as she reached out to grab the note, much to Jack and Yazz’s horror.

Is Olivia the runaway bride? Or is this a coincidence?

Hollyoaks continues Wednesday September 7 at 7pm on E4, or stream the next episode on All4 from midnight.