A piece of classical music can be a sumptuous dish. Flavors combined from different regional influences, refined with time-tested traditions that can be embraced or inverted to surprising ends, all delivered by artisans who’ve spent entire lifetimes honing their craft.

So it’s no surprise that “Now Hear This,” the ongoing documentary series under the PBS “Great Performances” banner has managed to bring viewers into the life of venerated composers in the same way that the modern wave of immersive food series have done for global cuisine. One strong hint comes at the outset of the show’s second season, in an episode on the legendary Franz Joseph Haydn.

Host Scott Yoo sits on a stage playing Haydn’s Quartet in D minor, Op. 42. In successive shots, Yoo is playing a violin and viola, performing each of the four quartet parts of the fourth movement. A wide composite shot combines all four Scotts (the episode’s end titles credit the “Yoo 4 Quartet”). He’s essentially accompanying himself.

“When we first started talking about the episode, I did want to talk about the idea of the string quartet being a democracy. Everybody is given a voice, everybody’s given a chance. And we talked about the idea of seeing the Quartet from the players’ point of view,” Yoo said. “What’s interesting about the string quartet is that it’s four very similar instruments. It’s essentially four of the same instrument, different-sized. And somehow it makes this one harmonious organism, and it’s almost without parallel in music.”

More than a tiny bit of visual trickery, it’s an indication that Yoo is far more than a host with one simple task in this venture. His guidance through the show sometimes takes the form of being an audience surrogate, experiencing the majesty of living history. Other times, Yoo takes out his ever-present violin to demonstrate the particulars of a certain piece or style. This season also takes advantage of his expertise as a conductor, a role he’s served for the Mexico City Philharmonic since 2016.

In the early goings of “Now Hear This,” series writer and director Harry Lynch also drew on one of Yoo’s more universal talents.

“At first, especially the first two episodes, Harry kept me almost completely in the dark about everything that was going on. He knew that, for me to give him the performance that he needed, I needed to be surprised every step of the way. I had no idea where we were going. I didn’t even know where the next town was,” Yoo said. “We were standing outside of an apartment building, and they were lighting it and I had no idea why we were there. And then finally, the person we were interviewing said, ‘This is right outside Bach’s apartment in Köthen.’ I was thrilled and stunned. And I was thrilled and stunned in front of the camera, getting an authentic reaction to something I’ve heard for the first time.” 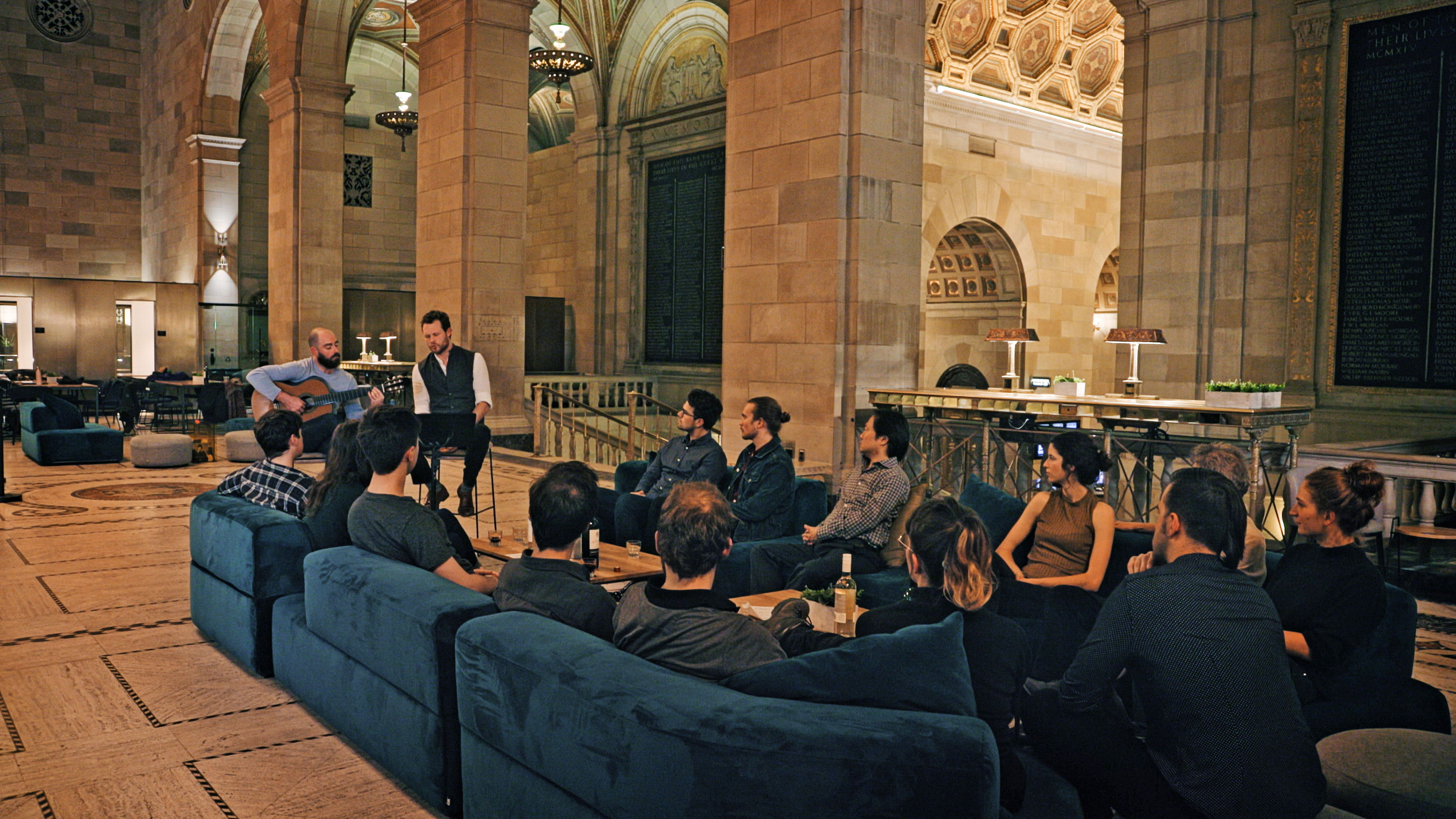 Now, Yoo is more actively involved in the prep work for each episode. “Now Hear This” excels when Yoo is in discovery mode, but it also works when he’s comparing approaches with some of the world’s greatest musicians. This week’s episode on the music of Franz Schubert finds a thematic match between the composer being discussed and those emerging virtuosos trying to do those pieces justice.

“Harry really wanted to shed a light on Schubert’s youth. And he thought, what better way to do that than to have Schubert’s age group perform Schubert’s music? We really did a dragnet to find all the best people that we could, 31 and younger. I think we did a nice job of getting a mixture,” Yoo said. “One thing that we don’t want to do with this show is become formulaic. If the audience expects that we’re going to go and play here, and then I’m going to eat something local here, and then go and take a swim in this lake, and interview this musicologist and then end with a performance, I think people might stop watching. So the idea is to give the audience something different every time.”

Yoo is the one on-camera constant in the series, as it winds through various locations and time periods (as one memorable baroque-appropriate costume from a Bach-centric episode can attest). There’s a versatility in not only having Yoo’s enthusiasm for different composers, but a rotating group of musicians who share that passion and ability to convey a particular kind of genius in both granular and emotional terms. Even if you’re not familiar with the intricacies of instrumental technique, one of the subtle unspoken throughlines of the series is seeing the varying physical performance styles that different artists bring.

“Harry is always telling me that television is a visual medium. And I’m always telling Harry this is a music show. I think where we’ve succeeded is that the people that we’ve ended up embracing have been fantastic musicians who happen to be great on camera,” Yoo said. “When you can get that, things really explode off the screen. What Harry will look for in an artist will be slightly different from what I look for in an artist, and that’s good. Because we’re not necessarily agreeing. So that Venn diagram where what Harry loves is what I love, that’s the sweet spot.”

No journey through the world of classical music would be worthy if the product didn’t ring as true in the ears of the audience as it does their eyes. Yoo salutes the work of sound recordist and audio engineer Reid Mangan, particularly in the stretches of production that happen at breakneck speed.

“We really feel that he is absolutely positively indispensable. He was the recording engineer for the NPR show ‘From the Top,’ so he already has a background recording classical music,” Yoo said. “He really has a nearly impossible job, he essentially has to set up a recording session in 30 minutes in a foreign space that he’s never been to before and probably will never visit again. And then he’s got to tear it down in 30 minutes. And then we get on to the cargo van, and move to the next spot and then do it again, up to three times a day. I don’t know how he does it. But I would say that that Reid is more indispensable than I am or Harry is.” 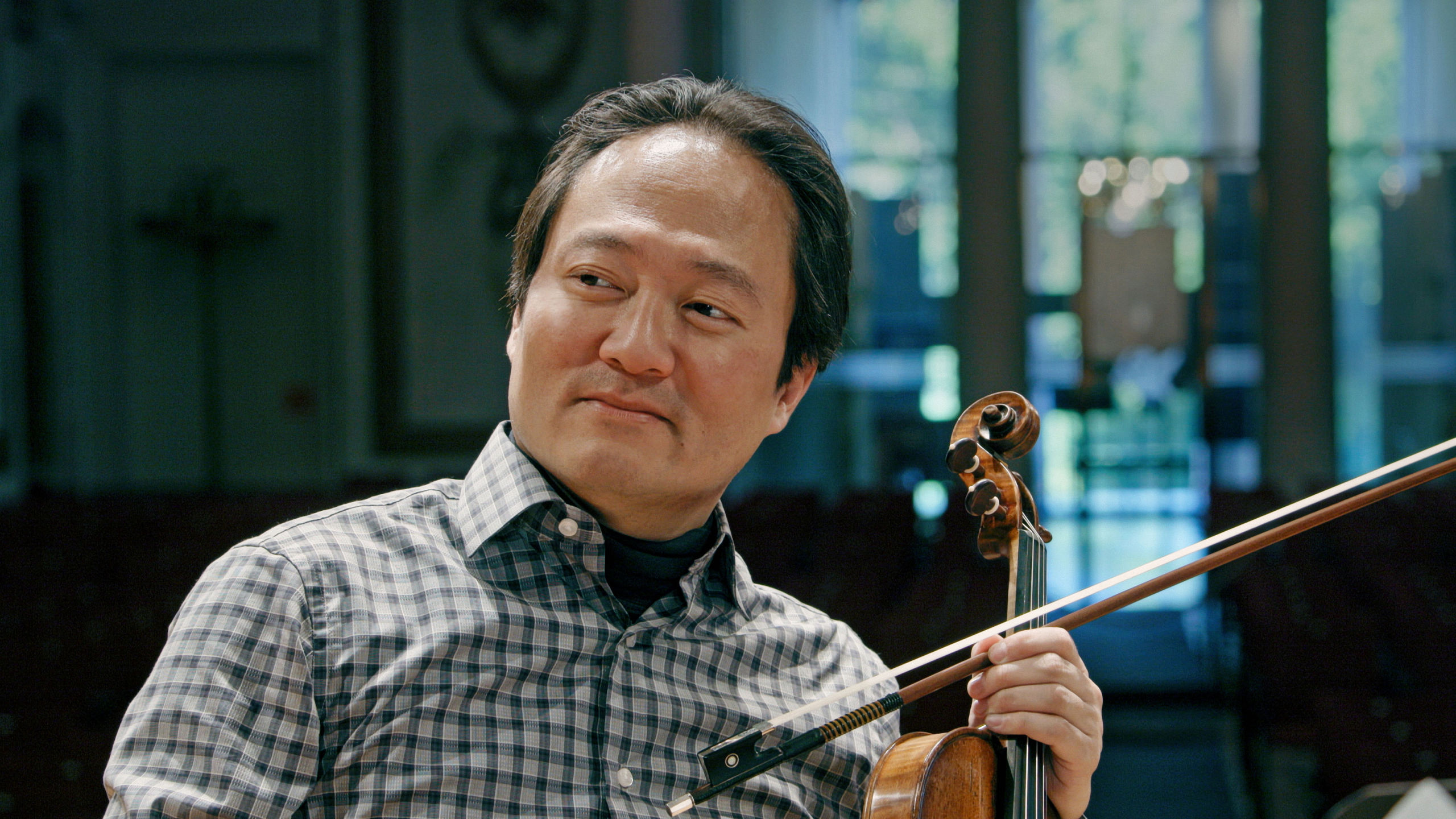 Like so many other things, the show’s regular production rhythms were upended back in March. But in line with all social distancing and testing protocols, the show was able to continue work on its upcoming Mozart episode. Centering on renowned pianist Stewart Goodyear, it follows his efforts to simultaneously conduct, play, and improvise the cadenzas for Mozart’s notoriously complex Piano Concerto No. 20.

“They used long lenses to compress the image, to make it look like everybody was sitting next to each other. I’m used to having the lens just right there in my face, but everybody was super far away. When the camera was on a person, everybody else’s masks were on. So we created the illusion that we were doing this not during COVID. But we were,” Yoo said. “There were some people we called who said, ‘No way, I’m not leaving my house.’ But most people were like, ‘Oh my god, I want to get out there and play.’ In fact, the orchestra when we were shooting, said, ‘Can we please play something all the way through? We’re just dying to play anything.’ So we actually played the overture [from ‘The Marriage of Figaro’] all the way through.”

As the show looks at potential future seasons, Yoo says that there would be room to expand the scope of composers at its center. With a good chunk of the ubiquitous household name composers already checked off the show’s list, he’s looking forward to possibly diving into areas around the classical canon that aren’t usually covered as much.

“It would be great to shine a light on composers that are, say, not men, that are not white men. Maybe shine light on composers who are alive. That could be really, really interesting and I would love to participate in that,” Yoo said.

Whoever may be next in the show’s spotlight, Yoo says that the process of making the show only reinforces the idea that whatever genius we may ascribe to these composers, there’s always a new level of the sublime to be discovered. For his part, Yoo says it’s thrilling to try to capture a slice of that inspiration.

“When you’re a classical musician, you can do this phrase this way, or you can sculpt this movement this way. But it’s not a creative process like being a composer is a creative process. Being a composer is one of the most creative things you can do as a human being,” Yoo said. “But when you do a project like this, it really does feel creative. Are you going to shine a light on the composer from this angle or from this angle or from that angle? That’s really very rewarding and challenging.”

New episodes of “Now Hear This” air Friday nights at 9 p.m. on PBS (check local listings). Previous episodes are available to stream as part of the “Great Performances” collection on the PBS app.