Noel has been hosting Great British Bake Off since 2017 when the series moved from the BBC to Channel 4. He presented the latest series, which saw Peter Sawkins crowned on Tuesday, alongside comedian Matt Lucas. However, the fan favourite will be absent from the festive specials which will air later this year.

Instead, Extra Slice presenter Tom Allen will stand alongside Matt and guide the contestants through the Signature, Technical and Showstopper rounds.

Judges Paul Hollywood and Prue Leith will also be on hand for the festival instalments.

Fans shouldn’t be too worried about Noel’s absence though as he is taking paternity leave. 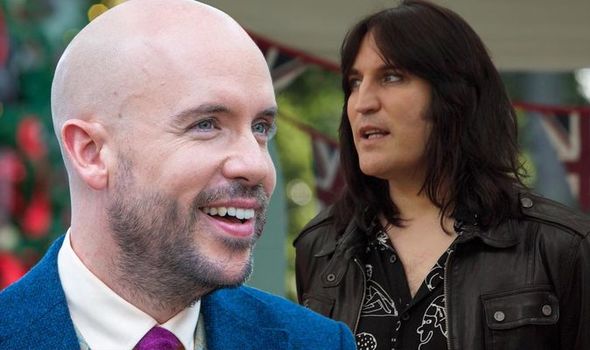 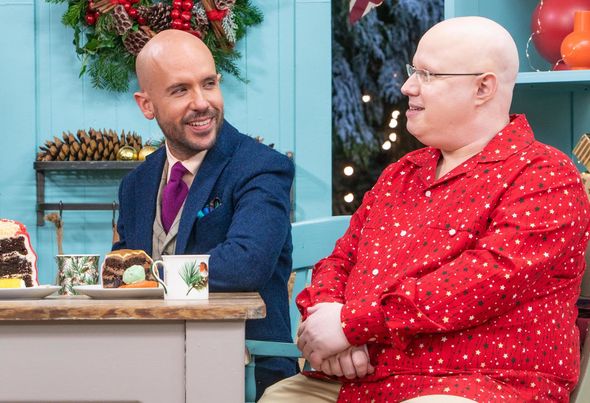 The pair also share daughter Dali, who was born in 2018.

There will be two specials over the festive period this year with a Christmas instalment featuring former stars of the show.

James Hillery from the 2017 series, Ruby Bhogal, from the 2018 series, and Rosie Brandreth-Poynter and Jamie Finn from the 2019 series will go head to head in the first episode.

In the second, Helena Garcia and Henry Bird from the 2019 series and winners Nancy Birtwhistle and Rahul Mandal will compete. 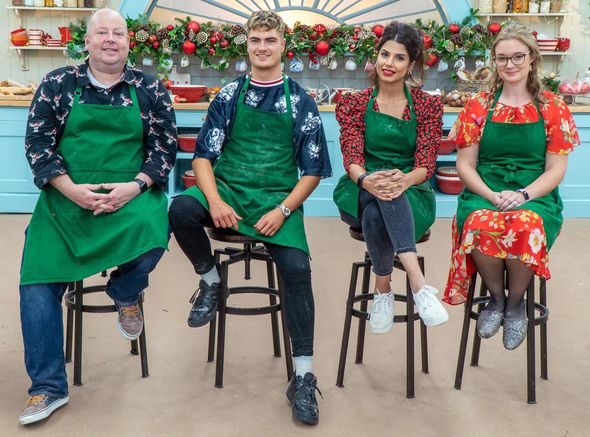 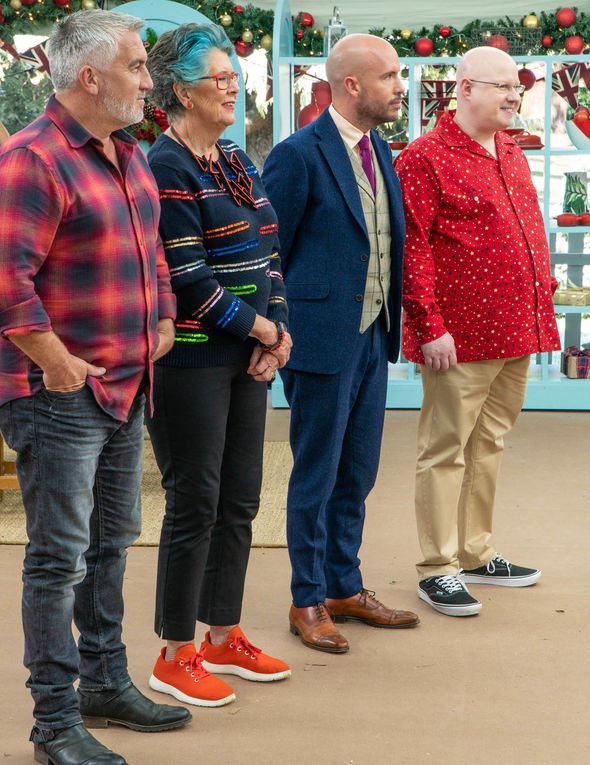 James said of being back in the famous Bake Off tent: “Super excited to share I will be on the Christmas Bake Off this festive season with the lovely Rosie, Ruby and Jamie.

“We had a blast back in the tent baking festive goodies.”

It’s not yet been confirmed when the festive specials will air.

The news comes after Peter Sawkins became the youngest star to win the Channel 4 series.

Speaking after Prue and Paul announced the news, an emotional Peter explained; “I can’t quite believe that I’m here.

“This is going to be a really huge chapter of my life.”

Opening up about his win the next day on BBC Good Morning Scotland, he added: “There is something very nice that I can finally stop keeping the secret and share it with friends and family.

“It’s an absolute dream – I was really pleased with how I managed to step through all the challenges.

“I feel in a really privileged position because of course there will be some opportunities that arise from this, and it would be amazing to try and explore them, but at the same time I am going to keep on going with my degree, so I’m in a nice position.”

Reflecting on how it was not only competing with but also living with his fellow Bake Off contestants, Peter shared: “t was incredibly difficult, we got really close, really fast.

“Any time someone left it felt like a member of your family was being taking away and it didn’t get any easier.”