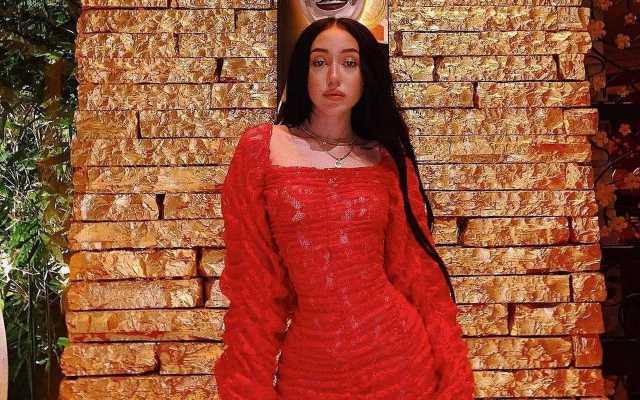 AceShowbiz -Singer Noah Cyrus burst into tears when she scooped a role on the spin off of her favourite TV show, “American Horror Story“.

The younger sister of Miley Cyrus has previously credited the dark series with helping her battle body dysmorphia and depression as a teenager, and she can’t believe she’ll be starring in its offshoot project, “American Horror Stories“.

In a lengthy post on Instagram on Wednesday (18Aug21), alongside a video clip of credits for the show, Noah writes, “I cant even believe i’m looking at my name in this font. AHS has been my favorite show since i was 12 years old… (sic)”

She notes she has watched and rewatched the series “more than any show, any movie, and probably more than any song i’ve ever listened to… there’s episodes i can recite and say the lines word for word with the characters.”

Noah explains she spent the years between the ages of 13 and 17 “locked” in a “dark room, cause being out in the world made me feel so lost and so insecure. my body dysmorphia and depression was just eating away at my soul. it was so much pain for such a little body.”

She reveals “American Horror Story” gave her “comfort… there was something else as painful and f**ked up out there as i felt on the inside. this show has been such a huge f**king inspiration to me my music and so much more.”

The “July” singer insists she is “living her dream” after landing the role in prolific writer/producer Ryan Murphy‘s latest venture.

“My friends, my managers, family, my agents always asked when i started music ‘what about acting?!’ my ONLY answer since then (probably 2015??) has been ‘IF ITS AMERICAN HORROR STORY’ – when i got the call that i got this part all i could do was fall into a puddle of tears (sic),” she pens.

The spin off, which debuted last month (Jul21), features a different horror tale each episode, but has already revisited the infamous Murder House from the first season of “American Horror Story”.

“Every single person i worked with on this show on camera and off were so kind and so talented and i’m so grateful to have had this experience to work with them,” Noah, who will be playing a character named Connie, adds.

“I genuinely cant believe this is my life right now.”