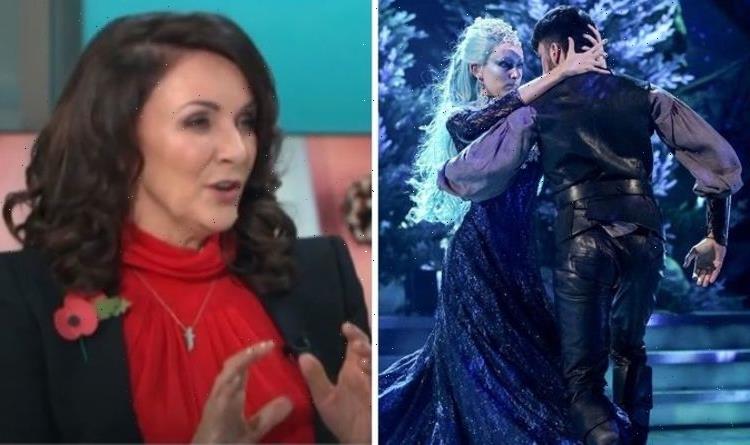 Strictly Come Dancing judge Shirley Ballas appeared on Good Morning Britain to discuss the current show with presenters Richard Madeley and Susanna Reid. The 61-year-old explained how EastEnders star Rose Ayling-Ellis, 26, has to dance without audiences clapping along so she can feel the music.

Susanna stated people may have been surprised to see how Rose is able to appreciate and move to music.

She described “how somebody who is deaf can still enjoy music and be a beautiful dancer”.

Shirley replied: “Well, I think Giovanni [Pernice] first of all has done an absolutely immaculate job.

“We have a translator just off to our left, that’s helping her understand what’s going on and get the criticisms and the critiques.

“Nobody’s allowed to clap while she’s dancing so that she can feel the vibration of the floor so the music maybe a bit louder and she’s got that beautiful feeling of vibration.

“So her other senses are really, really highlighted.”

Rose and Giovanni set a new record at the weekend after dancing their Tango to Ed Sheeran’s Shivers for Halloween week.

The duo received 40 points during week six – the earliest full marks the show has ever seen.

The pair began celebrating and screaming as each judge awarded the dance a top score of 10.

“We got 40!” Rose exclaimed in disbelief.

She added: “Oh my goodness, we have never had a 40 that early in the competition and that is you Rose, that is you and you Giovanni.”

“The king of Halloween!” Rose stated.

Claudia agreed: “He is the king of Halloween. He’s also in tears, which is problematic with that eyeliner on.

“How happy are you two?” She asked as the two continued to celebrate.

Talking about her performance, which saw the pair sporting spooky costumes, Rose commented: “I rarely get to be evil, so it’s nice to bring out all the evil that I never get a chance to be evil.”

She continued: “It all came out in that dance.”

Rose and Giovanni are among the favourites to win, with  Alex Apati of Ladbrokes commenting: “Rose has been the standout celeb on Strictly so far this series and it looks like it’ll take something pretty spectacular to stop her and Giovanni from winning this year’s Glitterball Trophy.”

Strictly Come Dancing continues on Saturday at 6.45pm on BBC One, while Good Morning Britain airs weekdays at 6am on ITV.