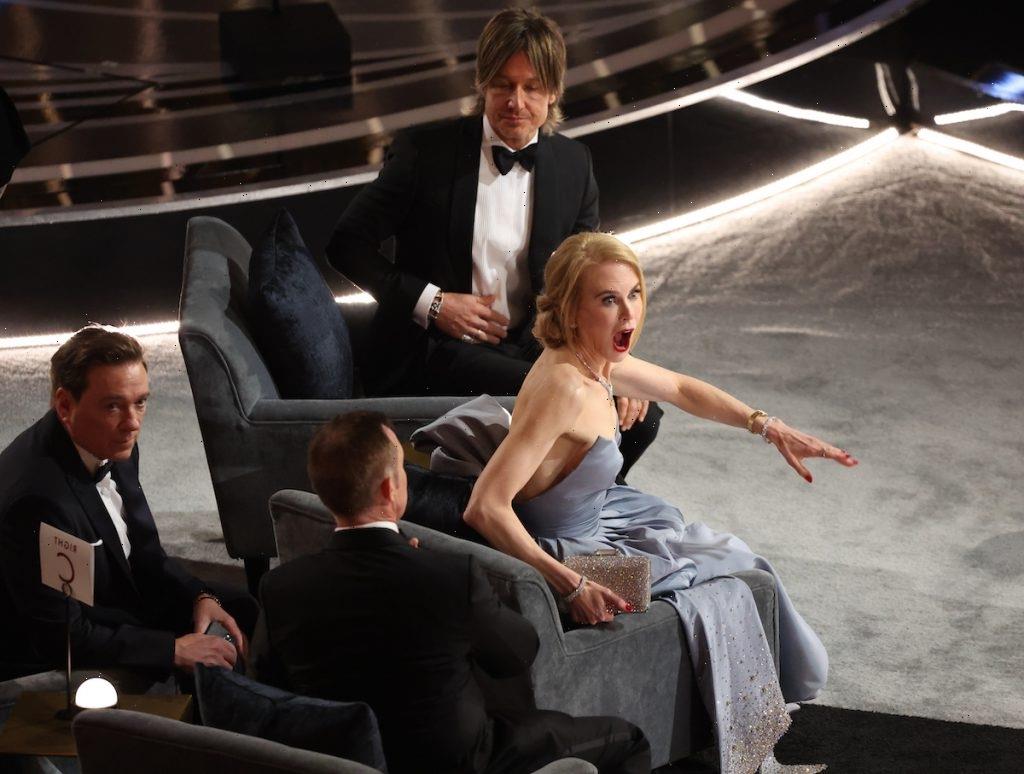 The 2022 Academy Awards featured a number of viral moments, but one incident captured everyone’s attention: the shocking confrontation between Will Smith and Chris Rock. The surprising moment of on-stage violence, in which Smith slapped Rock’s face, dominated the headlines and opened up a conversation about the nature of fame, the role of comedians, and what actions the Academy should take.

Fans have also turned to their favorite celebrities to get their take on what happened. Out of all the celeb reactions, few are more meme-worthy than the shocked face Nicole Kidman allegedly made when the slap occurred. However, according to a report, Kidman’s shocked reaction wasn’t related to the violent incident.

What happened between Chris Rock and Will Smith?

On March 27, Rock was presenting the award for Best Documentary Film on stage at the 2022 Oscars when he made a joke about Jada Pinkett Smith’s shaved head. “Jada, I love you. GI Jane 2, can’t wait to see you,” Rock quipped, which prompted an eye-roll from Pinkett Smith.

Her husband, Will Smith, seemed to laugh at the joke and take it in stride. But seconds later, he was on stage, approaching Rock. Smith slapped the comedian with an open hand, shocking the crowd in attendance as well as viewers around the world.

After Smith returned to his seat, he yelled “Keep my wife’s name out your f–king mouth” to Rock. The shocked comedian quickly collected himself and resumed his presenting duties. Later that evening, Smith received the Best Actor Award for his work in King Richard. His speech included a justification that he would protect the women in his life.

In the wake of the slapping incident, memes made the rounds on social media, including one featuring actor Kidman making a shocked face. Captions claimed the face was her reaction to the violent incident on stage. However, according to Page Six, that picture of Kidman was taken well before the Oscars even began broadcasting on TV.

The publication notes that the photo of Kidman was reportedly taken around 4:30 pm, approximately three hours before the confrontation between Smith and Rock. The Best Actress nominee for Being the Ricardos was likely reacting to one of the early awards given out for categories such as film editing, makeup and hairstyling, and sound.

Therefore, the popular viral meme featuring Kidman’s face was taken entirely out of context, as entertaining as it was.

Celebrities weigh in on the Will Smith incident

In the days since the 2022 Oscars, many celebrities have opened up about the slap. Some stars have spoken out in defense of Smith; others claimed that the longtime fan-favorite actor was in the wrong. According to NBC News, actor/director Sophia Bush sided with both stars, tweeting “Violence isn’t ok. Assault is never the answer … This is the second time that Chris has made fun of Jada on the Oscars stage, and tonight he went after her alopecia.”

Mia Farrow defended Chris Rock, tweeting, “It was just a joke. Jokes are what Chris Rock does.” Actor Jodie Turner-Smith also took to social media to discuss the incident, saying that she was still “processing” what had happened, posting, “I have second hand embarrassment for all involved.”

Will Smith issued a public apology to Chris Rock. He said he was “out of line” and that he’s embarrassed about the incident. For his part, Rock hasn’t yet spoken out. Reportedly, ticket sales for his upcoming standup shows have doubled, proving that many fans are curious about what he’ll say about the scandal.