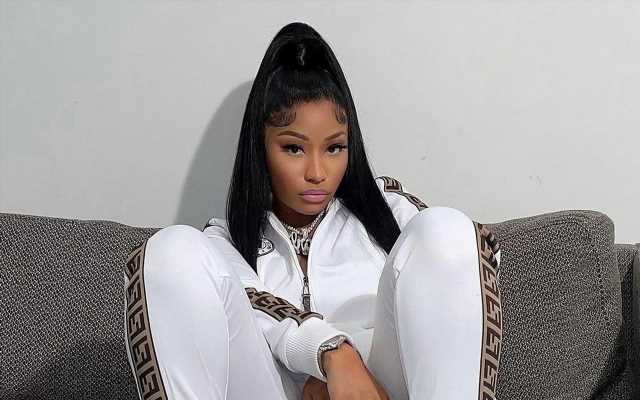 The ‘Anaconda’ hitmaker teases she’ll be asking tough questions as she is set to serve as a host for the upcoming reunion special of ‘The Real Housewives of Potomac’.

The new mum announced the news by sharing a text exchange between herself and her publicist.

“Andy Cohen said he would gladly give up his seat to have you host the Potomac reunion. Tapes around October,” her publicist wrote, prompting an excited Nicki to respond, “Don’t move! Everyone binge watch all the episodes cuz we finna get into some thangz hunty. My questions will be well thought out, too. Mixed with funny and epic, of course (sic).”

She also used the news to update her fans on her next album on Instagram, stating, “plz don’t send me a million comments about the album and doc chile just lemme have my moment. We almost there. Promise. Not lying this time. Love you (sic).”

Before confirming the hosting gig, Nicki Minaj engaged in a light-hearted banter with some of the “Real Housewives” members on Instagram.

As she captioned one of her posts with “(Let me know) what y’all want me to ask chile,” she got a barrage of comments from the Bravo reality TV stars.

Karen Huger responded, “All right now” with a fire emoji, to which the femcee replied, “Yes ma’am. I know a thing or 2 about being the Grand Dame.”

Wendy Osefo exclaimed, “Yessssss Queen,” and the rapper was quick to answer, “(I)t’s givin the most iconic reunion of awl time chi.”

Meanwhile, Porsha Williams was shocked as she penned, “Wait what?!” before adding, “Hell yeah.”