Project is inspired by the Indian tradition of the Sangeet 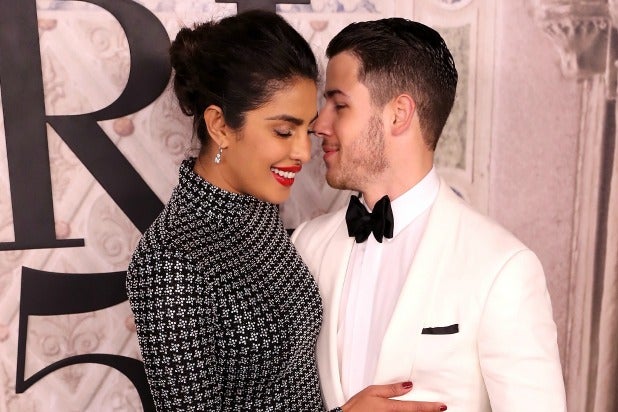 Amazon Studios has greenlit an unscripted series from Nick Jonas and Priyanka Chopra inspired by an Indian pre-wedding tradition called the Sangeet.

Chopra and Jonas, whose first wedding anniversary was last week, will executive produce the series. The Sangeet takes place the night before a wedding ceremony, in which both sides of the bethrothed’s families meet for an evening of song and dance.

“We re-watched the video of our Sangeet last week on our first anniversary, and the togetherness of our family and friends during this event still sparks the same warmth and excitement that it did just over a year ago at our wedding. The Sangeet is a centuries-old Indian wedding tradition, that not only celebrates the union of two people, but also signifies the introduction and bonding of two families coming together in a marriage,” said Priyanka Chopra Jonas.

“The days leading up to our Sangeet were some of the most special, memorable moments of the weekend,” Nick Jonas continued. “Bringing the concept of this musical celebration to the mainstream in a new way, through couples setting out on one of the most exciting journeys of their life, is an idea that we are proud to bring to life with Amazon.”

Here is Amazon’s description of the series:

“The as-yet untitled series is a celebration of the love, marriage, and magic that ensues when friends and family come together through music and dance the evening before the wedding. The engaged couples featured throughout will hail from a diverse range of cultural backgrounds and locations. Each episode will follow an engaged couple along with their wedding party, family, and friends, as they not only prepare for the wedding itself, but also rehearse for what will be an epic performance with the help of a team of celebrity choreographers, stylists, and creative directors.”

“The Sangeet is such a beautiful tradition and we’re excited to partner with Priyanka and Nick to honor it through this series and find couples from all different backgrounds that are excited to bring their families together through the universal language of song and dance,” said Amazon Studios head Jennifer Salke.