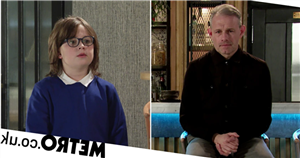 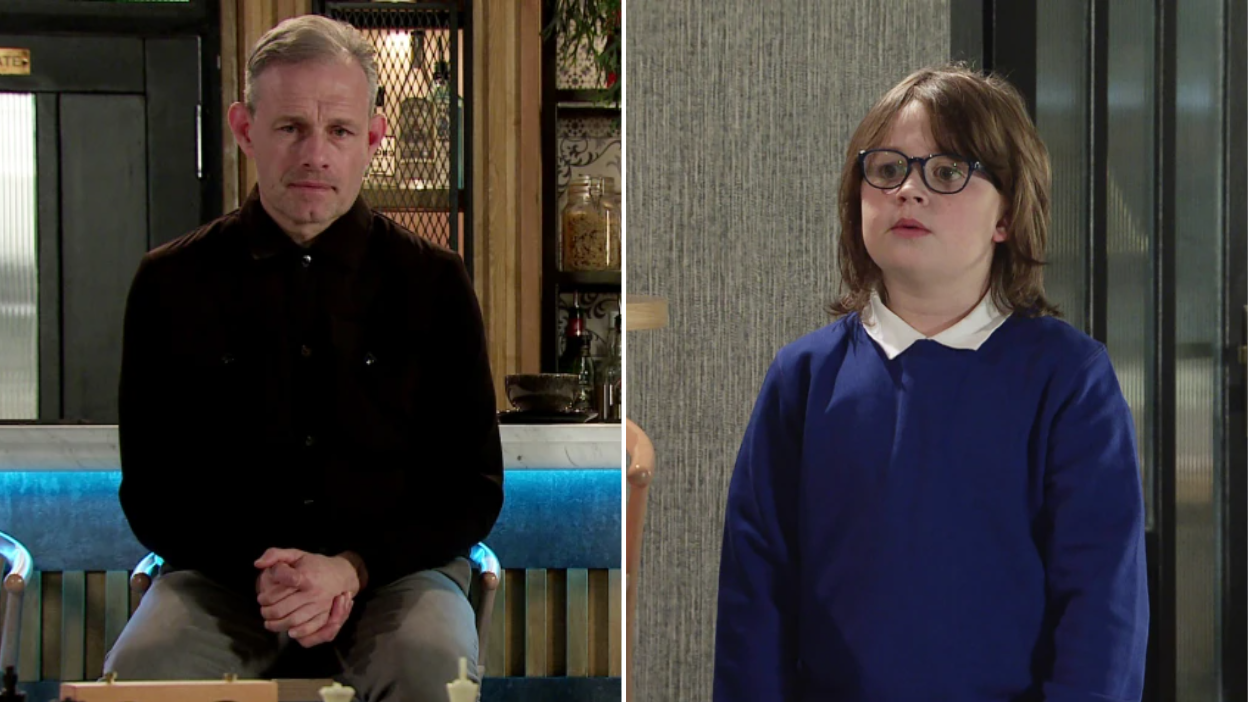 The young lad began making contact with the drug lord a few weeks ago but has tricked Nick into thinking he’s writing love letters to Jalena.

You’ll remember that around this time last year, Sam had his whole world turned upside down when Harvey broke out of prison and shot Natasha dead, thinking it was Leanne (Jane Danson).

Sam’s life was destroyed thanks to Harvey’s actions and now, he just wants the answer to one simple question: why did he do it?

As Nick and Sam prepare to mark the anniversary of Natasha’s death, Leanne lies and says she’s off to do a bit of shopping when in actual fact, she’s going to see Harvey.

In prison, Leanne is stunned when Harvey reveals that Sam has been writing letters to him and wants it to stop.

Back at home, Leanne and Nick sit Sam down and ask him what’s going on, but he gets upset and tells them he just wants to know why Harvey killed his mum.

When Sam suggests that he’ll stop writing to Harvey if he can visit him instead, Leanne and Nick are horrified.

To make matters even more of a challenge, an always determined Sam tells Nick and Leanne that if they don’t let him, he’ll just find a way and go on his own.

But will Nick and Leanne allow Sam the visit?