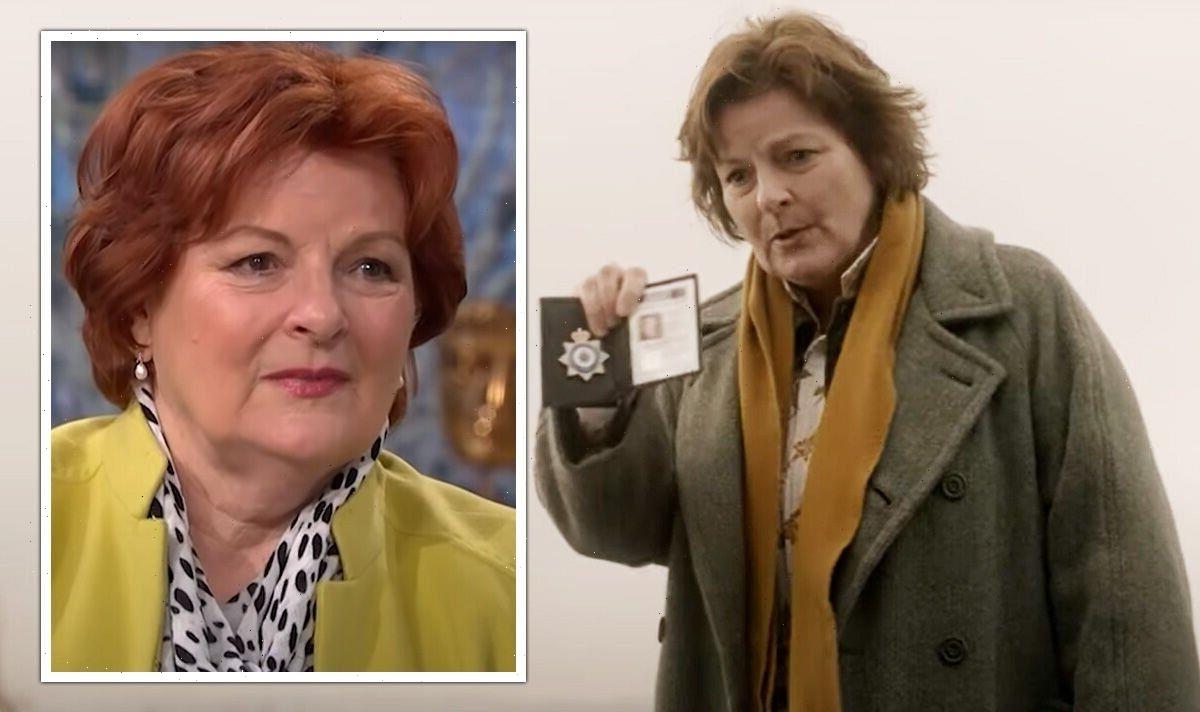 Award-winning actress Brenda Blethyn, who plays DCI Vera Stanhope in the ITV series Vera, has been on the screen for almost half a century. However, the 76-year-old has admitted she never expected to work in film or television as she thought she was only “meant” to be in theatre.

Brenda, who has been the recipient of a Golden Globe, a BAFTA and has even been nominated for an Oscar, opened up about her career in an unearthed episode of BBC Radio 4’s Saturday Live.

Looking back at her childhood, she said: “I am the youngest of nine and it’s great having a big family but by the time, of course, the older lot had gone off to seek their fortunes [when I came along].”

When asked about how she started a career in acting, the down-to-earth star admitted: “It was not something I craved for or dreamt of at all.

“I did what most girls did in those days which was become a secretary and while I was working at British Rail I was asked to help out at a drama school.”

Someone from the school had fallen sick and Brenda was asked to recite “just one line” but she confessed she thought she would not be able to do it.

She said: “I thought I couldn’t get on a stage but they were persuasive and I did it and I just loved the whole experience and the comradery of the group.”

“I just felt so comfortable in the theatre and it was like putting on a garment that fits really well,” she continued.

“You feel good in it, it was like I had arrived and that is where I was meant to be.”

Brenda went to the Guildford School of Acting and planned on never being anywhere but the theatre.

“It never entered my head that I would ever be on television or film”, she quipped.

Brenda was in her late twenties when she was accepted at drama school and her “entire life” changed from the experience.

When she told her parents she wanted to become an actress, her mother Louisa Bottle wondered how she would earn enough money.

However, her mother soon warmed to the idea of her daughter treading the boards.

Brenda added: “My mum should have been an actress, she was the most wonderful woman and a very hard-working woman as you can imagine with all these babies coming her way.

“We were as poor as church mice but everyone was in the same boat just after the war.

“But they always maintained the most wonderful sense of humour and while there would be rows and a heavy atmosphere at times it was always counterbalanced by long spells of laughter.”

Going into detail about her upbringing in Kent, Brenda added: “My dad was born in 1892, it doesn’t sound right, does it?

“My mum was born in 1904 and they were very Victorian in their ways really.

“I think their rules and their way of bringing us up was quite good and they taught us right from wrong.”

Vera episodes are available to watch on ITV Hub.