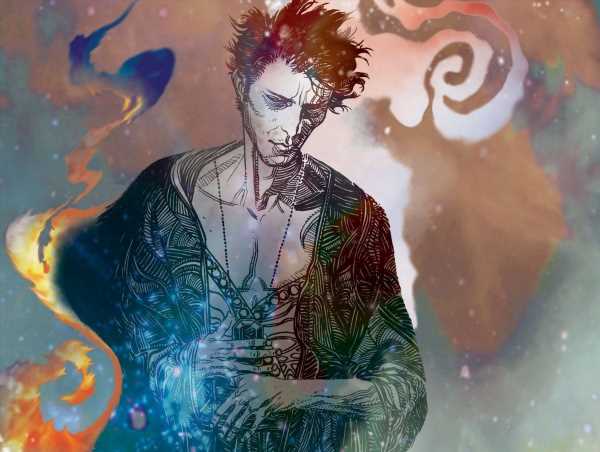 Fans of Neil Gaiman’s The Sandman comics are eagerly awaiting updates about Netflix’s adaptation, which is expected to arrive sometime in 2021. The streamer still hasn’t announced an official release date for the series. However, it did show off the first footage of The Sandman during its virtual TUDUM event on Sept. 25. And if the first look is anything to judge by, the adaptation is going to be something special. Here’s what it revealed about the series.

Netflix’s The Sandman series is based on the DC Comics series by Neil Gaiman, which consists of 75 volumes in total. Gaiman’s The Sandman kicks off with occultists attempting to summon Death. Instead, they wind up imprisoning one of Death’s siblings: Morpheus, also known as the Lord of Dreams or Dream.

According to the series’ IMDb page, Dream remains trapped for quite some time before embarking on the show’s central quest:

“A wizard attempting to capture Death to bargain for eternal life traps her younger brother Dream instead. Fearful for his safety, the wizard kept him imprisoned in a glass bottle for decades. After his escape, Dream, also known as Morpheus, goes on a quest for his lost objects of power.”

That narrative takes Dream on a journey that serves as a commentary about storytelling and change. It also introduces the other Endless — including Death herself — and a number of fan-favorite characters set to appear in the show.

First look at ‘The Sandman’ shows Dream being summoned

During its TUDUM event, Netflix had Gaiman and The Sandman star Tom Sturridge unveil the first footage of the upcoming series. Sturridge plays Dream, so he was the right person to introduce the first look, which sees his character being summoned. As was pointed out, this scene serves as the catalyst for everything that comes after. It’s a fitting way to introduce the upcoming series, and it sets the tone for the story.

Game of Thrones alum Charles Dance portrays Roderick Burgess, seemingly the ringleader of the group that summons Dream. Netflix’s glimpse of The Sandman focuses on him before shifting its attention to Dream himself.

“You’re gonna need all the help you can get,” Dream tells Roderick before the moment fades to black. His words promise big things to come — and establish him as a force to be reckoned with.

When does ‘The Sandman’ come out?

Despite offering fans a glimpse at the upcoming series, Netflix still hasn’t announced a release date for it. Its Twitter posts suggest the show will be here “soon,” but they don’t get more specific than that.

Speaking with Digital Spy, Gaiman revealed the story would be set in 2021, changing the timeline slightly from the comics. That led fans to believe the show would come out the same year. However, it’s possible The Sandman could receive an early 2022 release date as well.

In the meantime, fans can speculate about the footage, as well as the new character posters shared on the show’s official Twitter page. They should also watch that spot for any updates about the series — including a release date and trailer.