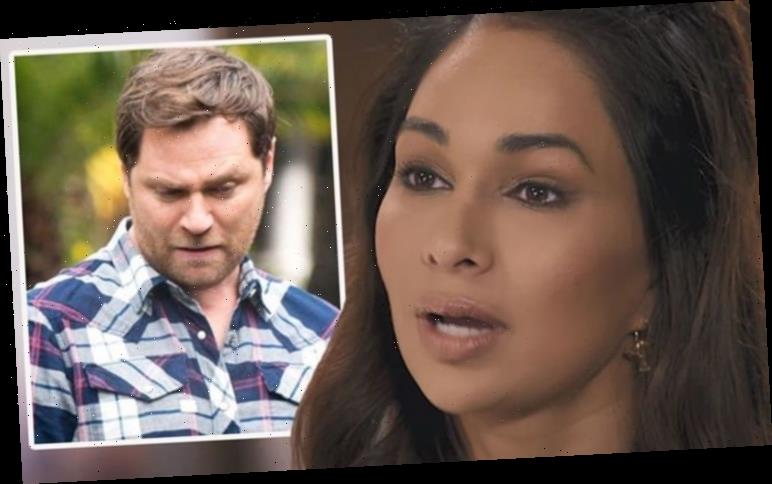 Neighbours: Pierce and Dipi are confronted over their affair

Dipi (played by Sharon Johal) has been trying to build bridges with various members of her family since her affair with Pierce Greyson (Don Hany) was exposed to the residents of Neighbours last year. With Christmas on the approach in Erinsborough, the mother-of-three and her estranged husband Shane (Nicholas Coghlan) could not be more hostile with each other if they tried. However, it seems they will put aside their differences in upcoming scenes on the Channel 5 soap when their youngest daughter Kirsha Rebecchi (Vani Dhir) returns to Ramsay Street. As the most mature of her siblings, will she offer some advice to her parents which will see them finally accept they need to split for good?

In scenes which have already aired in Australia, Dipi is ecstatic as she finally has all three of her children together for Christmas since the family moved to Ramsay Street a few years ago.

It is the mother-of-three who organises for her youngest daughter to be reunited with her siblings; Yashvi Rebecchi (Olivia Junkeer) and Jay Rebecchi (Dhruv Malge).

As the parents put aside their differences, the clan get in the festive spirit by wearing matching jumpers and it seems just like old times.

However, this is the first time Kirsha has seen the animosity between her parents and coming from the outside, she could have a very different perspective on the matter.

The youngster encourages her mother to think about how many good memories she has from her 20-year marriage with her spouse, but will this only make her realise she needs to divorce her husband? 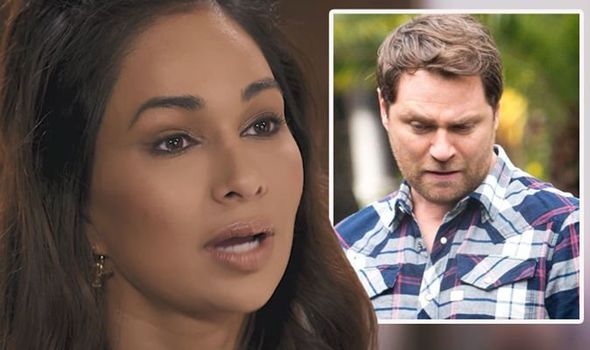 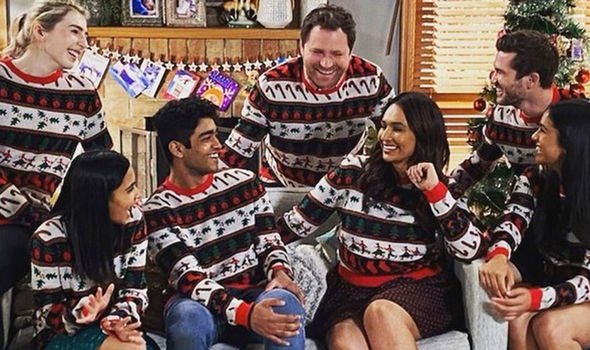 Speaking exclusively with Express.co.uk, the actress who plays Kirsha, Vani, addressed how her character feels about her parent’s predicament.

The soap star said: “Kirsha knows the basics of what has happened but because she hasn’t been around them she doesn’t know just how hard it really has been.

“And [she doesn’t know] all the intricate details of the separation, so all of it is definitely a shock to her.”

Admitting her alter-ego is the one who wants to “push” Dipi and Shane back together, the actress also spoke about whether the youngster blames one more than the other for what happened. 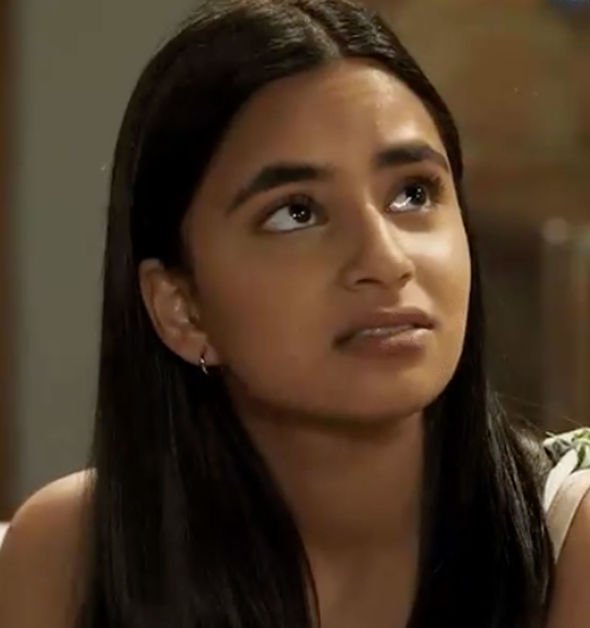 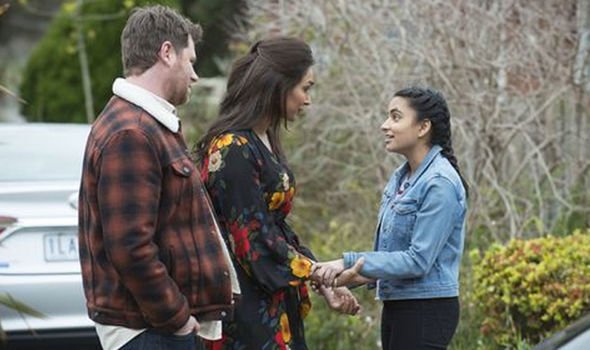 To an extent Kirsha blames them both

“No, I don’t think she supports one over the other and she definitely doesn’t blame one parent more than the other,” Vani explained.

“To an extent, she blames them both for the issues that have gone on in the house but she’s hopeful that they come back together and her family is somewhat back to normal.”

With another familiar face from the past, Amy Greenwood (Jacinta Stapleton), back on Ramsay Street and making a beeline for Shane, it seems there could be more hurdles in trying to bring him and Dipi back together.

For this reason and with Kirsha’s words ringing in her ears about how good their marriage was, will the mother-of-three ultimately decide to let her husband go?

Knowing how good they once had it and how they would probably struggle to rebuild their trust in one another following the affair, Dipi could file for divorce.

This would end her’s and Shane’s relationship for good and the only reason they would have to see one another is because of the children.

As Pierce is no longer in the picture and her spouse clearly moving on, who will Dipi’s new love interest be if she does split from her spouse?

Having been absent from the family set-up for several months, Kirsha’s return is likely to make an impact of sorts.

Speaking of her return to set, Vani said: “It’s amazing. I look forward to coming back to Ramsay Street so much because it really is just one big family.

“And I love and appreciate everyone there so so so much, so every time I’m there I have the best time,” she added.

It seems fans in Australia have been enjoying seeing the youngster back on-screen as one wrote on Twitter: “Nice to see Kirsha return for the holidays. #Neighbours.”

Another added: “Can we please keep Kirsha? #Neighbours,” with a third posting: “Kirsha is here #Neighbours.”