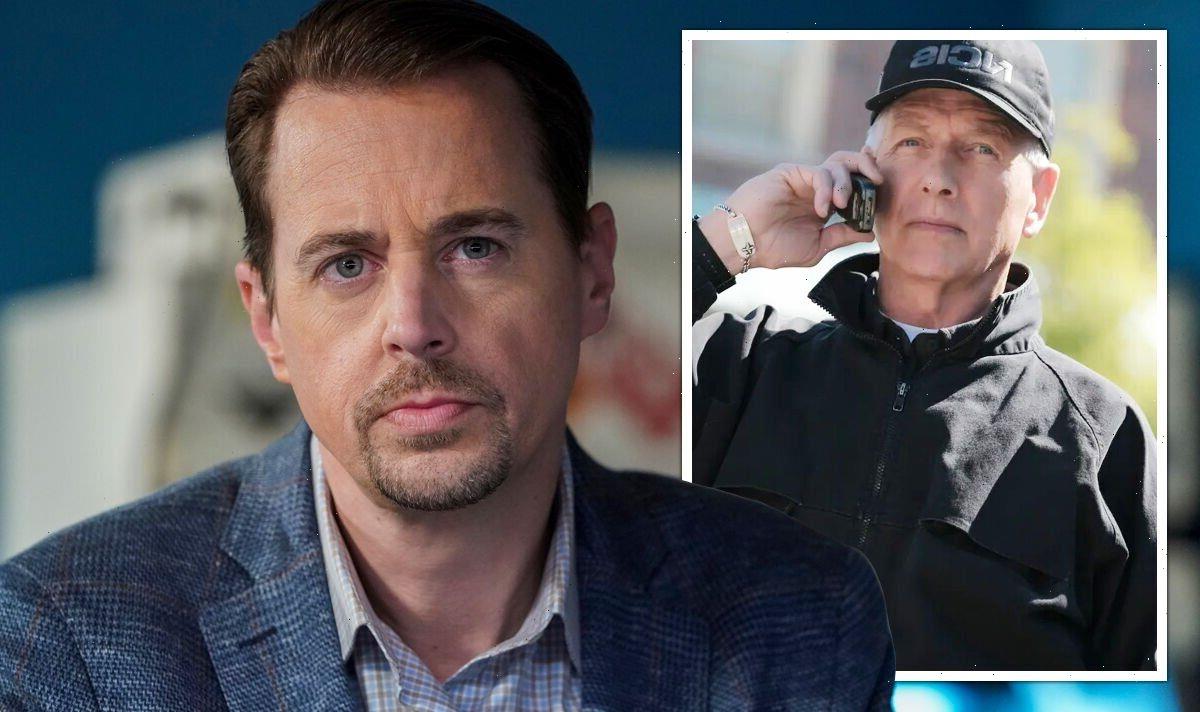 Mark Harmon starred as Special Agent in Charge Leroy Jethro Gibbs for nearly 20 seasons of the long-running CBS drama. After his shock exit at the start of season 19, his NCIS co-star Sean Murray has revealed they still bump into each other on-set, and could eventually be reunited on-screen again in an upcoming season.

Long-running NCIS star has finally addressed the rumours of a surprise return for Agent Gibbs in the near future.

Once the lead actor and head agent for the popular primetime drama, Mark decided to depart the series near the end of last year after nearly two years playing Gibbs.

Fans were distraught by the sudden shake-up to the cast, and have been calling for his return ever since.

Whether it’s to return to his main role or just to pop up for a cameo, Sean teased Mark’s return may happen sooner than fans might think.

“He does pop in,” the Tim McGee star confirmed about his ex-colleague.

“I saw him two weeks ago actually. So, he’s around. It’s not like he’s packed up and left town or anything.”

The NCIS veteran has remained on the series as executive producer, and he has even continued to pop up in the title sequence for season 19 despite not appearing in the majority of the episodes.

As Mark has continued to find time to pay the series a visit in recent weeks, there’s a small chance viewers could check in with Gibbs before the year is out.

“I’m not saying this just to say it for a tease and all that BS,” Sean continued in a recent chat with Parade.

Thankfully, the series’ showrunner Steven D. Binder has kept the door open for Gibbs to appear, as he mercifully wasn’t killed off in his final episode.

Rather than going out in a blaze of glory, as some fans may have predicted, Gibbs is given an out from his arrest charges by the team’s new leader, Alden Parker (played by Gary Cole).

After being let off the hook for interfering in a case, Gibbs decides to leave his law enforcement career behind him and begin a new life in Naktok Bay, Alaska.

However, Sean has now opened up the possibility of his colleagues eventually paying him a visit, or even tempting Gibbs back into the fold with yet another daring mission.

Sean has also addressed the possibility of another co-star, Michael Weatherly, reprising his fan-favourite role as Agent Anthony DiNozzo in the future.

“I talk to Michael all the time, so we joke about that possibility sometimes,” he revealed.

Michael has recently wrapped up production on his post-NCIS series, Bull, so speculation has been rampant regarding his potential return to his star-making role as the wise-cracking agent.

For now, though Sean’s focus is squarely on the current season at hand, which has been admirably helmed by Mark’s replacement Gary for the past few months.

Sean added: “I think Gary is kicking all kinds of a**. I love it.

“I remember when Binder told me a year and a half ago that Gary was going to be coming on board, I was very excited.”

There are just a few more episodes to go before the current season of NCIS comes to an end, but the already confirmed 20th outing could be the perfect time to bring back some familiar faces.

NCIS season 19 continues Monday on CBS in the USA and Wednesday on Disney in the UK.