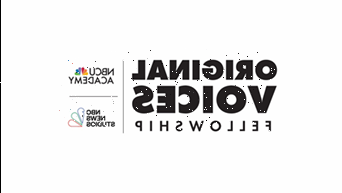 The program looks to support documentarians with projects in all stages of development, who identify as or—showcase stories highlighting social issues affecting—women, LGBTQ+, people with color, or people with disabilities. Each of the six filmmakers selected will receive a $60,000 grant, as well as the one-year artist development fellowship, designed to help them with the completion of their films. Fellows will also have access to archival research and production resources, as well as executives and journalists across NBC News Studios and the NBCUniversal News Group.  NBCU News Group will also offer grantees the opportunity to participate in dedicated impact training workshops, led by the nonprofit organization Peace is Loud, and to attend the 65th Flaherty Film Seminar, Continents of Drifting Clouds, programmed by Almudena Escobar López and Sky Hopinka.

This year’s class of fellows was selected by a jury of critically acclaimed documentary filmmakers that included Julie Cohen, Yance Ford and Bing Lu. Film Fellowships and Artist Development Manager Jeanelle Augustin oversees the curation and design of the fellowship.

“We are honored to highlight our second annual Original Voices fellows,” said Yvette Miley, who serves as Senior Vice President, Diversity, Equity and Inclusion for NBCUniversal News Group. “These powerful storytellers demonstrate distinctive directorial vision, integrity, and commitment to equitable filmmaking practices, and we are proud to support and elevate their work throughout their creative process.”

“We are thrilled to build on the first successful year of Original Voices with a new class of filmmakers whose projects exude joy, affirm our interconnectedness, and push the form forwards,” added Augustin. “We are excited to support films that embrace hybridity, using animation and performance, as well as films that highlight the necessity of free press and the primacy of journalists for a thriving free and open society.”

NBC News Studios is a full-service production company specializing in premium documentary storytelling for platforms both inside and outside of NBCUniversal. Recent projects include: Diamond Hands: The Legend of Wall Street Bets, which premiered at SXSW; Memory Box: Echoes of 9/11, which was presented at TIFF; and The Way I See It, in partnership with Focus Features, which debuted as the highest rated non-news program in MSNBC’s 25-year history and won the 2020 NY Film Critics Award for best documentary. Recently, NBC News Studios made its first foray into scripted series with NBC’s The Thing About Pam, in partnership with Blumhouse Television.

More information on the 2022 Original Voices fellows and their projects can be found below.

Chain of Rocks dir. Damon Davis – (In Production) – A Death Row inmate confesses to a crime after 30 years of maintaining his innocence. Now, an activist who once fought for his innocence is faced with the moral dilemma of whether the fight was in vain. CHAIN OF ROCKS is an animated feature-length documentary that explores the complexities of race and masculinity and how they skew our worldview and play a role in oppressive systems.

The Queer Beat dir. Eric Juhola (Production) – The Queer Beat is a collaborative vérité documentary featuring trans, queer and gender non-conforming journalists who reflect on their own identities while working to tell the story of a seminal moment in LGBTQ history. The film follows reporters Kate Sosin and Cristela Guerra as they investigate the still unsolved 1998 murder of trans woman Rita Hester, whose death sparked the creation of the world-wide movement ‘Transgender Day of Remembrance’. Two decades later, they discover new leads amidst a community still grieving and try to answer the question ‘What happened’?

unseen dir. Set Hernandez Rongkilyo (Production) – unseen follows the story of Pedro, an aspiring social worker hoping to provide mental health services for underserved communities. Being a blind, undocumented immigrant, Pedro faces harsh political realities in the U.S., but a network of supporters carries him through a decade’s long struggle to actualize his dream. What starts as a journey to foster the mental health of others ultimately transforms into Pedro’s path towards his own healing and self-discovery.

Untitled Labor Union Documentary dirs. Brett Story and Stephen Maing (Production) – From the perspective of a single Amazon fulfillment center, this documentary is an intimate portrait of current and former Amazon workers taking on one of the world’s largest and most powerful companies in the fight to unionize.

Untitled Muscogee Nation Documentary dirs. Rebecca Landsberry-Baker and Joe Peeler (Post-Production) – When the Muscogee Nation suddenly begins censoring their free press, a rogue reporter fights to expose her government’s corruption in a historic battle that will have ramifications for all of Indian Country.

Sam Elliott Apologizes For ‘Power Of The Dog’ Comments: “I Feel Terrible About That”

What’s Ahead For WarnerMedia & Discovery’s Global Ops After $43B Merger?