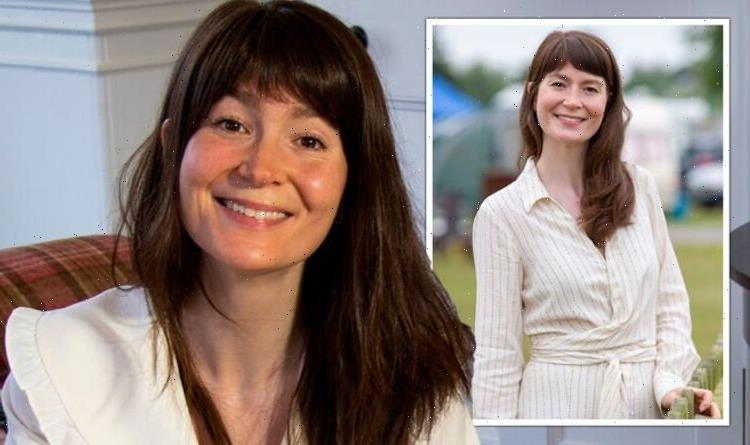 As usual, Bargain Hunt presenter Natasha Raskin Sharp was on the radio for her Friday night show but she almost didn’t make it. The host explained to listeners she was rescued at the last minute by taxi driver Paul after she forgot she didn’t have her own car to drive to the BBC studio.

“Paul if you are indeed listening, you saved me sir. Thank you very much.

“I may have forgotten my car is in the garage and I cut it quite fine, Paul dropped me off minutes ago.

“But don’t worry producer Nick was in the loop the whole time, panicking.”

She laughed: “He doesn’t know the meaning of the word.

“So, what’s coming up? Well in the first hour there will be music from Syd and Lucky Daye, and Christine McVie.

“We’ll take a moment to pay our respects to the late great Taylor Hawkins. Do stay with us if you can.”

Referencing her latest Twitter post, Natasha added: “If you saw the picture I put up on social media tonight, a picture of Glasgow from a view point above Charing Cross you’ll have seen the blurb that went along with it.

“I promised music from this fair city and way way behind. Teenage Fanclub are here to fulfil the first part of that promise. Here’s their brand new single, it’s called I left a light on.”

The post Natasha referenced was a photograph of the Glasgow skyline along the caption: “Glasgow looking goood tonight!

“Join me at 10pm on @BBCRadioScot or @BBCSounds for music from this fair city and way, way beyond.”

Natasha’s followers were quick to comment, sharing how they will be tuning into the show.

“There are some fascinating buildings there – the old bonded warehouses for tobacco and similar – vastly strongly built and often with sinage built into the façade declaring date / owner / purpose,” John Whiteay commented on the photo.

“The cost would be prohibitive now but they resonate with historical intrigue…JW.”

Natasha recently revealed she had been filming for Richard Osman’s House of Games, which airs weeknights on BBC Two.

Sharing a behind-the-scenes snap on Twitter, she could be seen smiling next to Steps star Faye Tozer.

She wrote next to the photo: “Just played #HouseOfGames alongside @Faye_Tozer …can you tell I was just a teeny bit excited?!

When she’s not on the radio, Natasha can be seen hosting Bargain Hunt weekdays on BBC One at 12.15pm.