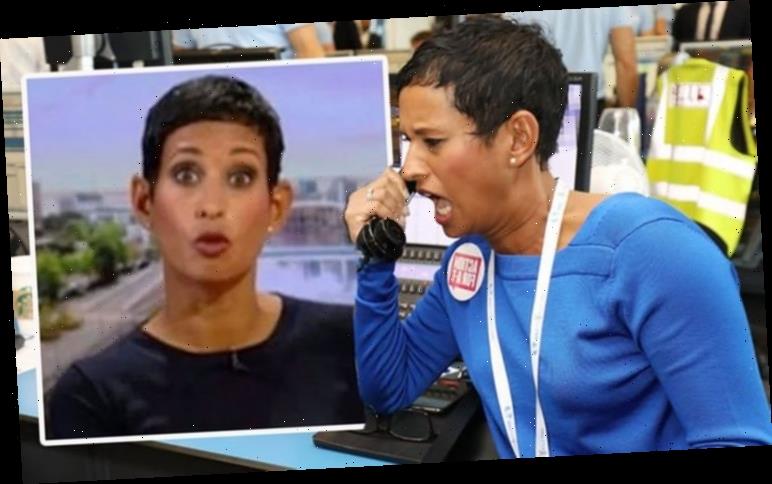 Naga, 45, kicked off her radio show by discussing the devastating effect of cladding on buildings across the UK, three and a half years after the Grenfell Tower disaster. With discussion of fire safety in high-rise properties high on the agenda, the BBC 5 Live show host welcomed caller Sarah to talk about her experience as a disabled woman living in flats and what protocols are in place to get her out of the building if a blaze did ignite. However, listening to what her guest had been through, the host was utterly shocked and had to apologise for her silent reaction to what she was hearing.

Sarah explained she moved to Birmingham in 2008 and needed to find a place to live as she had just got a new job.

“Accessible housing is just not existent,” she explained, adding how she had to spend a lot of money to adapt the flat to cater to her disability.

“I really invested a lot because I love my flat and the plan was it was my home for life and it turns out I was mis-sold this home,” she continued.

The guest then told Naga how the bills for the building work had got worse over the past year as not only were there cladding problems but there were multiple defects with the building. 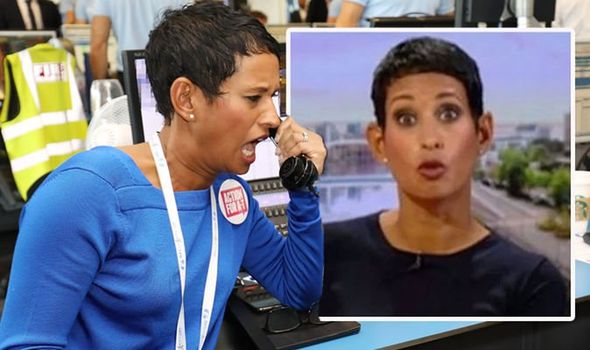 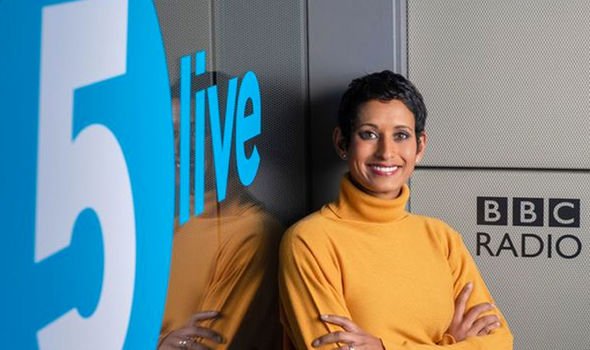 “We got a letter to say neither the fire service nor any residents can use it in an evacuation,” Sarah added.

“So I somehow needed to get myself down 26 flights of stairs although I cannot walk,” she explained, prompting silence from Naga.

The dead air wasn’t a technical mistake by any means but rather Naga was trying to comprehend what she had just listened to.

“Sorry, excuse the silence but how would you get out if there is a fire?” the presenter asked with the caller going on to explain the measures which had been put in place. 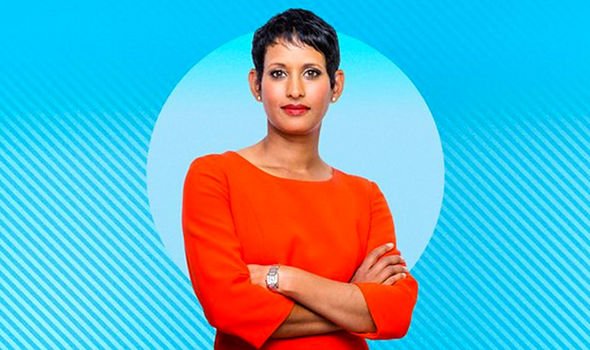 BBC Breakfast: Naga says she was ‘put in place’ by Charlie

“My resident’s board are really supportive and they quickly helped me find a fire evacuation chair,” the guest explained.

Sarah went on to add she received the delivery of the piece of equipment on Monday and has since practised how to use it.

“Lying awake thinking about it last night and how it’s going to work was a bit scary but we’re trying to make the most of what we can do.

“That’s why we set up a group for disabled leaseholders because, in addition to these eye-watering bills, disabled people around the country in high-rise buildings are in really dangerous situations,” she continued.

“The Government is just not listening to us; not engaging, not giving us any sort of information, advice or support,” Sarah stated.

Naga replied: “It’s great there is a group of people who can support each other,” before saying she was sure a lot of people would have had sympathy with her situation.

After ending the interview, the presenter commented” “It’s heartbreaking, isn’t it? Listening to Sarah and that feeling of insecurity and just the basic thing of trying to make yourself safe.”

A Government minister was asked to appear on the show but no one was available and instead, a statement was given with their response.

“With around 95 percent of the most high-risk building identified at the start of 2020 are now remediated or with work underway.

“Our £30 million funds will also help end the scandal of excessive waking watch costs for residents of high rise buildings with cladding.

“Building owners should meet the costs of remediation without passing them onto leaseholders where it’s possible.”

The Naga Munchetty show airs Monday to Wednesday at 10am on BBC 5 Live.