BBC Breakfast viewers saw Naga Munchetty joined by co-host Charlie Stayt for the final weekday edition of the breakfast programme. Naga is known for her vibrant wardrobe often stealing the show and today was no different as the host’s dress soon caused a storm of comments online, with BBC viewers desperately wanting to find out where her outfit was from.

Naga and Charlie were on-hand to give the latest on the day’s biggest news stories as well as speaking to a range of guests.

However, it was something else viewers labelled the “main news story,” of the morning when Naga debuted her latest look.

The host was donning a navy dress patterned with blocks of colour, which soon caused a stir amongst viewers.

Those watching at home were left distracted by the look, flooding the star with compliments. 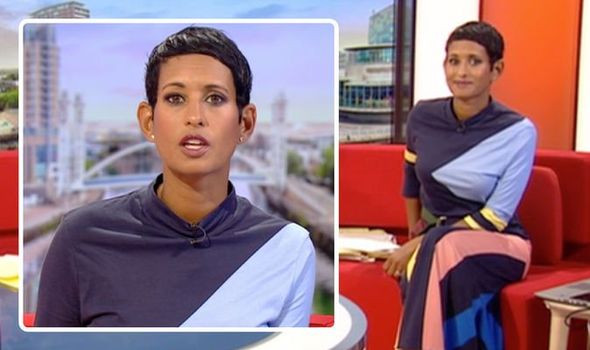 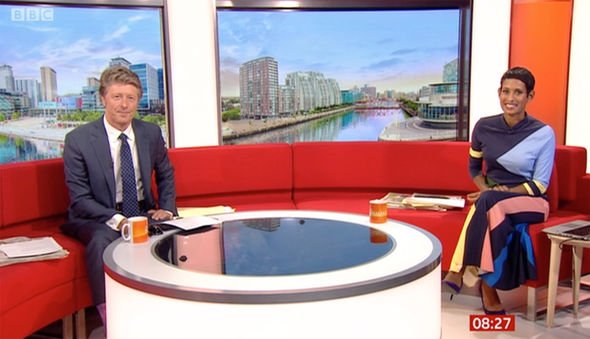 Taking to Twitter, one commented: “Never mind the Transport Secretary, the lead story this morning is Naga’s dress! Wow!”

“You’ve done it @TVNaga01 again…made me start my day with a dreadful case of dress envy…*sigh*,” shared another.

“@TVNaga01 your dress Naga, it’s so beautiful and so colourful,” said a third.

A fourth wrote: “@BBCBreakfast @TVNaga01 That dress! I wish you could stand up and give us a twirl, it looks amazing #bbcbreakfast.” 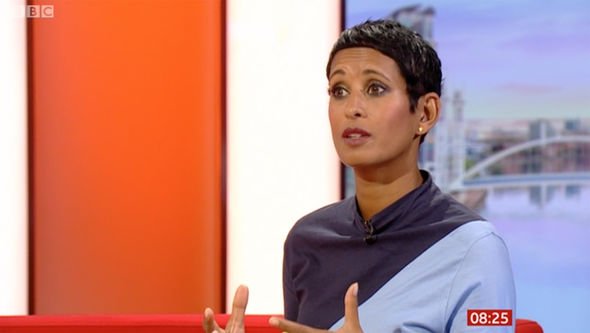 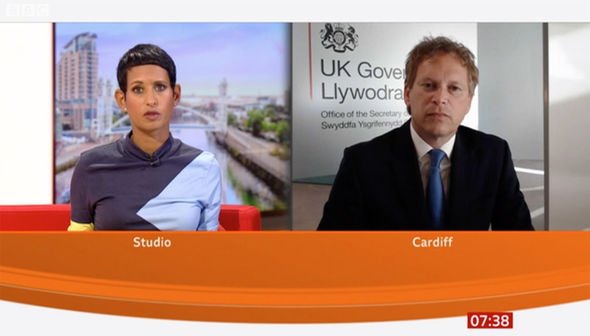 “@TVNaga01 Naga! That dress is surely blowing up a storm on Twitter!! You surely make it look amazing!! Happy Friday!” added another.

However, some were left more confused by the striking design.

“Good morning, lovely dress, you could play crazy golf along the patterns,” shared one viewer.

“#BBCBreakfast Naga are you wearing that dress for a bet? Looks like a part of the old test card,” added another.

Replying to a tweet from a viewer this morning, Naga gave details as to where she purchased the clothing item from.

“Hi thanks – from @chintiandparker x,” informed the host.

Today’s instalment saw Naga give a grilling to Transport Secretary Grant Shapps, after he revealed he did not have data on how many people were being given fines over not obeying quarantine rules.

The MP warned those watching: “Not adhering is a criminal offence and can get you a criminal record.”

The host quizzed: “Has anyone been fined yet? How many?” but the Secretary of State admitted he did not have the data.

This led the presenter to interrupt the guest, probing: “You’re the Transport Secretary, why don’t you have the data?”

It comes amid changes to the list of countries Britons can and can’t visit without quarantining, with three new nations being added last night.

It was announced those flying back from Croatia, Trinidad and Tobago and Austria would now have quarantine, while holidaymakers returning from Portugal no longer have to isolate for 14 days.