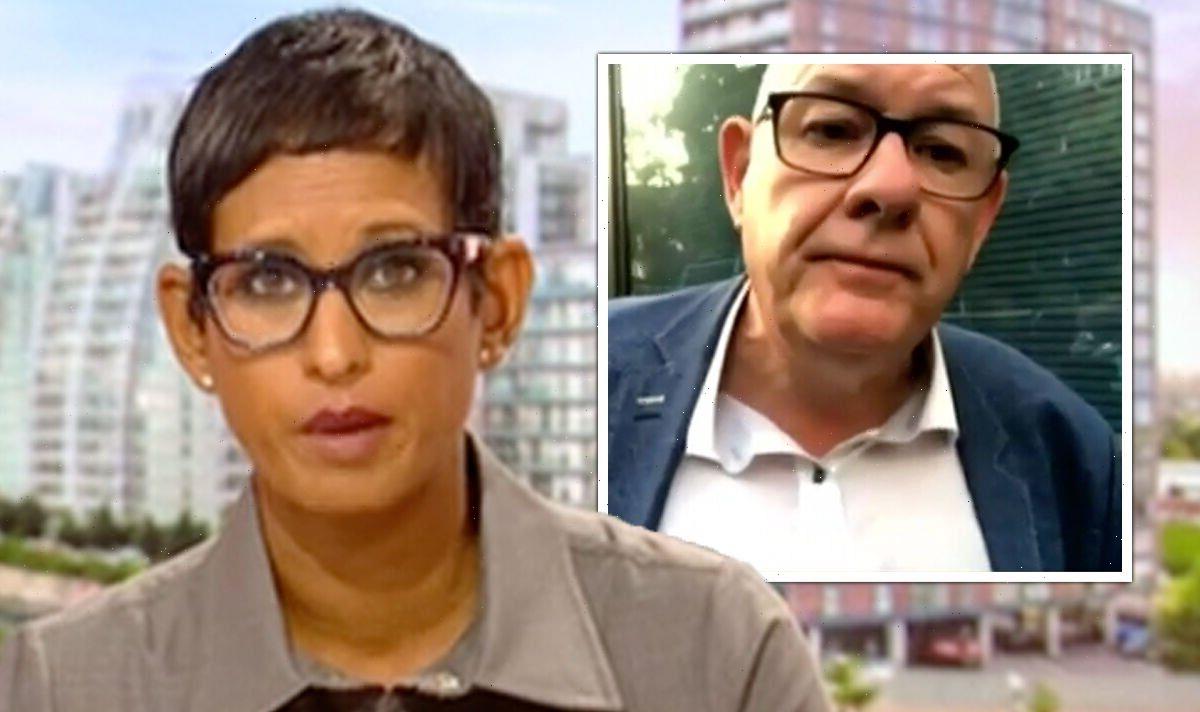 Naga Munchetty tells CWU boss ‘I haven’t got the time’

The BBC Breakfast host was speaking to the Royal Mail union boss about the upcoming strike action over pay. However, viewers were unimpressed with Naga Munchetty’s line of questioning, with many claiming she closed her eyes in annoyance and was “rude” to the CWU boss.

Naga began: “David Ward, good morning to you, thanks for your time with us this morning. Can you tell me what stage are you at now in terms of discussions.”

“Well we met the company on Monday, we met the CEO for the first time in weeks,” Dave replied. “We’ve been seeking meetings with the highest level and the company has been refusing to talk.

“The meeting was really interesting, they did indicate there was more money available, they want more change.

“What we’re saying is we’re willing to progress change as well as dealing with pay simultaneously but that has to be changed in the interest of our members, customers and the company. We are willing and ready to sit down and talk about it.”

Dave went on to claim:“But there’s an elephant in the room that Mr Thompson is not being honest about and that is the fact that whilst we are in one room trying to resolve this dispute, the company we believe have been in another room talking to a private equity investment group about a takeover the company. 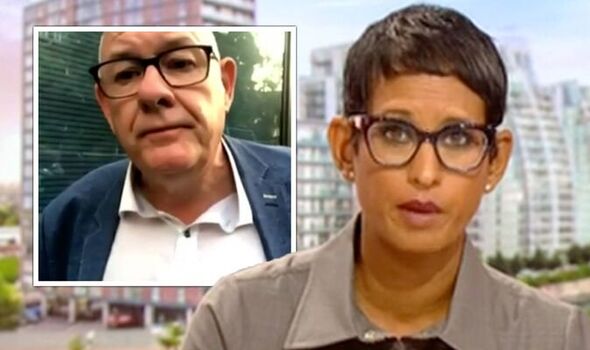 “To prove that is true we have noticed now that the government have called this company in so there’s an investigation going on under a national security act to do some sort of due diligence.

“So it’s very difficult to see how we can resolve the dispute. We have written to the Secretary of State to ask what the investigation is about, whether we can give evidence, whether the company is giving evidence.

“We’re concerned whether they’re being unduly influenced by the group who may well be looking to take over Royal Mail.

“If that happens on top of all the things that are going on at the moment that will see another iconic UK company under the control of a company based in Luxembourg. It’s just not on.” 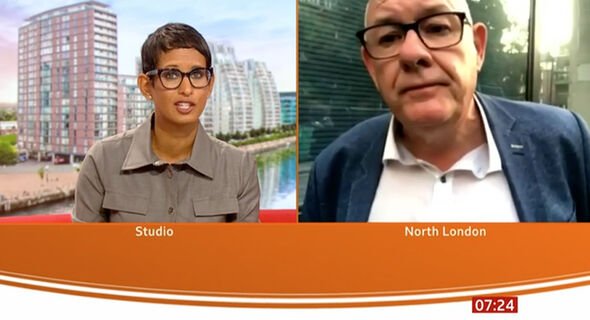 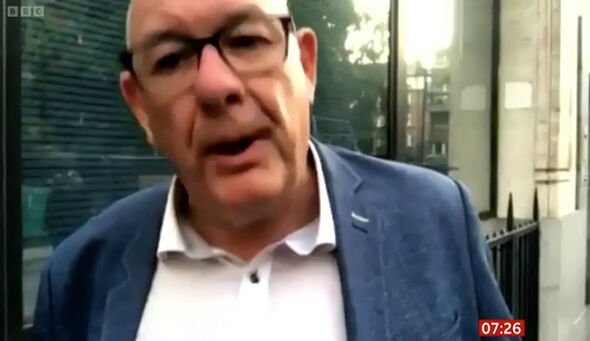 “But what I can say is we spoke to Royal Mail’s Operations Director Ricky McAuley and he said as you said there have been discussions on Monday and there is a window now between the industrial action on Thursday and Friday and later this month, ‘We are willing to talk but it will take the CWU coming to the table without preconditions.’

“What does he mean by preconditions? What are you bringing to the table?”

“There’s no preconditions,” Dave hit back. “What we actually offered, we were the constructive party when we met on Monday.

“We put forward a process where we believed we could reach an agreement if we stuck to that process, we were willing to consider suspending the strike action.

“The company did indicate, as I said earlier on, that they are prepared to put more money on the table but since Monday we agreed we would catch up again, meet up again before the strike and all we got was a letter from them saying basically they’re ready to reach out to us but didn’t give any detail about that.

“Now, here’s the issue and I’m sorry to return to it but it’s absolutely an elephant in the room.”

“Sorry?” Dave asked as Naga sighed: “Go on then, make the point if it’s a new point.”

Dave continued with his remarks but those watching at home were furious with the BBC host’s interviewing.

@Redmossy3 asked: “@TVNaga01 why do you have to be so rude and blunt to the people you interview?”

“@BBCNews if you want people to readdress their opinions on the BBC’s impartiality then it would probably help if presenters like Naga Munchetty actually listened to an answer once she’s has asked a question!” @adampople1 posted.

@johnnygee123 fumed: “@TVNaga01 That was a terrible interview with David ward you clearly closed your eyes while he was trying to talk.

“He is representing 115000 workers do not get annoyed when he is giving his side of the story so so poor from you.#royalmailstrikes #BBCBreakfast.”

@TashaTee33 shared: “@TVNaga01 Wow, you are so rude on TV. The way you rolled your eyes at Dave Ward was very unprofessional.”

“Massive difference between being an assertive interviewer and being downright rude. How is she still in a job?

“Sorry but Naga is a legend. I’d certainly not like a disagreement with her. On the other side she’s lovely #BBCBreakfast,” @PeaceKeeper argued.

BBC Breakfast airs daily on BBC One from 6am.