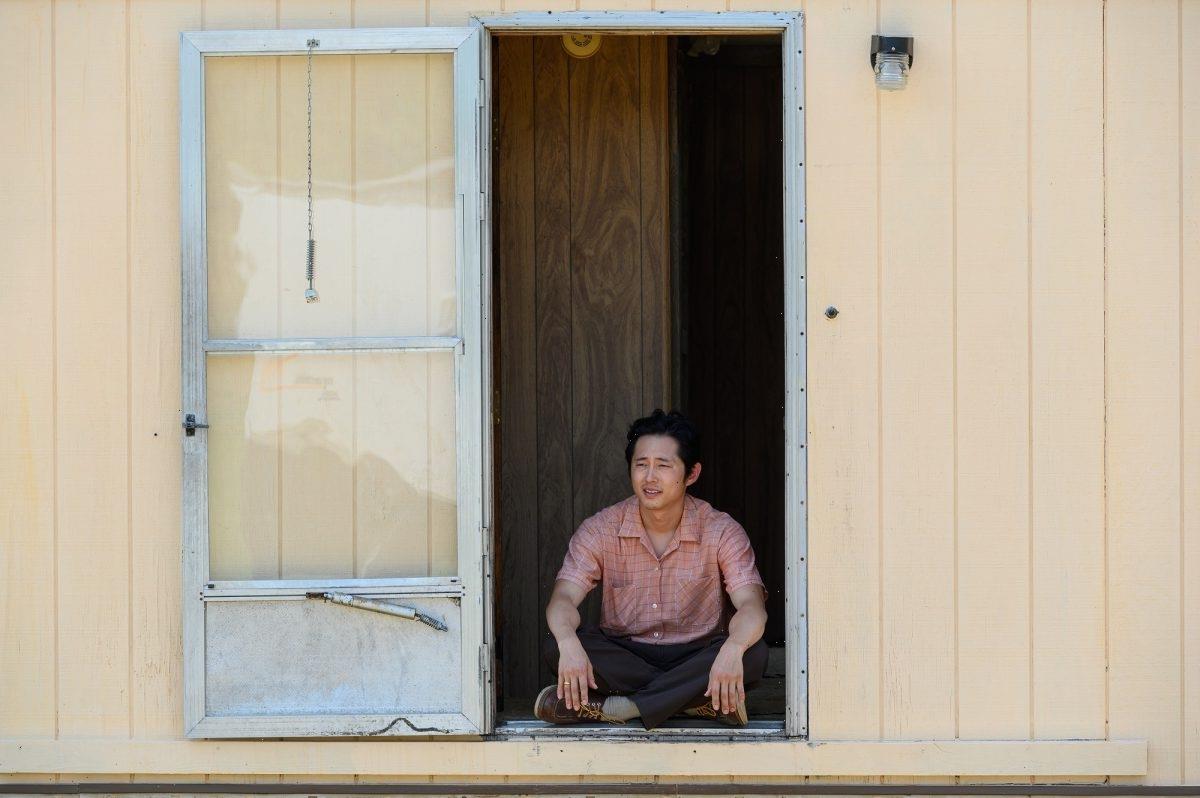 The 2020 drama Minari has touched a lot of audiences with writer/director Lee Isaac Chung’s autobiographical story. It also won an Oscar for Yuh-Jung Youn. Steven Yeun and Yeri Han star as Korean parents to Alan S. Kim and Noel Cho in 1980s Arkansas. The father, Jacob (Yeun), hopes to start a successful farm while his wife (Han) works at a chicken breeding factory.

On the Minari Blu-ray, Chung discusses the making of the film and its inspirations from his own childhood. If you’re wondering about the film, or its title, Chung answers many of those questions in the bonus features.

Where did the movie ‘Minari’ get its name?

Minari is named after the Korean plant that grandma Soonja (Youn) grows in the woods. Chung named the film after it.

“Minari is a vegetable that you find a lot in Asia,” Chung said. “My grandmother brought over minari seeds from Korea and we planted those seeds in this little creek bed in Arkasas. Of all the things that were so hard to grow on our farm groing up, strangely the minari is what took root and just grew and flourished.”

In the film, David (Kim) and Soonja gather minari together while his parents work. Chung said he based that on his own activities with his grandmother.

“I spent a lot of days with my grandmother when I was a child going to the minari patch,” Chung said. “She would cut  hte minari and gather it. I would just sit to the side and sing songs for her.”

What does the name Minari mean in Korean?

According to Food Network, minari means water dropwort, water parsley, water celery or pennywort. Because it has bitter flavors or pepper, Chung found it an appropriate title for his tale of a Korean-American family’s struggles.

“For me, it obviously works as a metaphor,” Chung said. “Having a plant that is completely different from everything I’m finding in the world around me. It’s almost like it’s something that’s operating on a different level. It’s not part of this world in a way. That was kind of the idea I had for it.”

Chung culled the story of Minari from his own childhood memories. He said the film ended up being more autobiographical than he originally intended.

“My family moved to Arkansas in the 1980s,” Chung said. “My dad had a dream to try to start a new type of life. So much of that time in my life was very formative. And as I wanted to start making movies, obviously those experiences I had as a child were things that I wanted to explore. I didn’t know I would do it so literally. So I decided I’m just going to write down a bunch of memories and see where we go.”