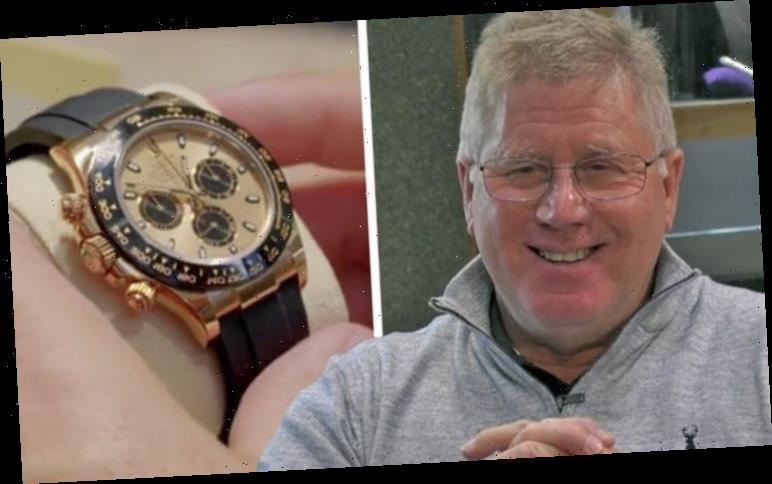 Million Pound Pawn’s pawnbroker Kathy drives a hard bargain when it comes to buying items of jewellery and accessories. During a recent episode of the hit ITV show, she was seen consulting her business partner, Stuart, about a Rolex watch that had been brought it. He explained the rarity of the item and she offered the owner £26,000 to buy it from him. But that wasn’t the only thing Martin had to sell as viewers saw Kathy take a closer look at a bar of gold.

Security Consultant and dad of three, Martin told Kathy: “I’ve got a couple of bits I think you might be interested in, I’ve got some gold in my pocket.

In a piece to camera, Martin explained his purchases: “I certainly saw gold as a wise investment, and these are difficult times, I’m concerned what my children will do – my middle daughter has just finished university, completely the wrong time as far as jobs go.

“So, now is the best time to safeguard my children’s future.

“I’ve worked all my life to have these pieces, I never dreamed of being in a position to buy the watch or own gold. 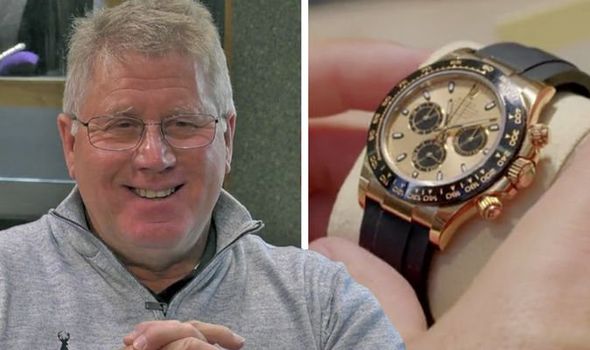 “And now I’m going to part with them and it’s a very strange feeling,” he added.

After having a look at the gold, Kathy moved onto the box Martin had brought in: “This is your watch? Wow.”

It was a Rolex Daytona, which he originally bought for £20,000 and this particular watch is one of the brands most successful watches, with the value of certain models almost doubling in the last three years.

“I’ve always wanted one,” Martin said. “I bought it three years ago but I’ve never worn it. I was always frightened of scratching it.”

Kathy then went upstairs to weigh the gold and come back with a number for Martin.

“We are seeing more gold being bought in because people are taking advantage of selling gold in this current climate,” the pawnbroker revealed. 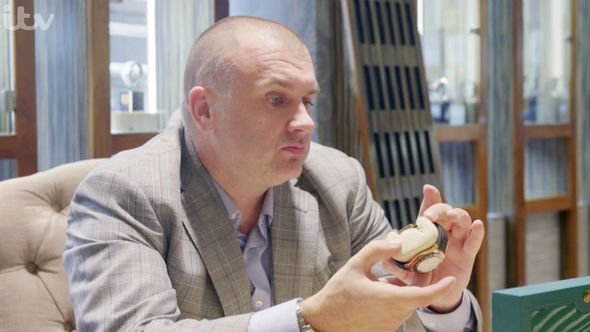 Those watching at home saw Kathy x-ray the gold bar to make sure it was genuine because a lot of bars are filled with lead.

“If we get this wrong, that is a lot of money to get wrong,” she added. “It’s pure gold all the way through.”

As for the watch, Kathy took it to Stuart for his advice.

“This is so sought after, there is so few of them about – everyone wants them,” Stuart told Kathy. “It’s totally genuine, absolutely perfect.

The narrator of the show told viewers: “Rolex factories shut down during the pandemic and with demand outweighing supply, prices surged.” 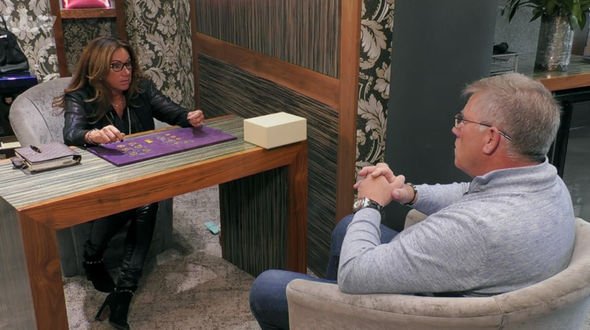 “Do you personally think that that’s a good deal?” He replied and she explained: “Do you know what Martin, we take a risk on this as well. It’s a good price.”

But that wasn’t the only item he had brought in to potentially sell, those watching at home saw Kathy value a block of gold.

By cashing in his assets at the right time, Martin made a 30 percent return on the watch in three years.

“What are you going to do with the money Martin?” Kathy asked and he said: “It’s for my children – if it helps them and they need it, it’s there.”

“Bank of Dad,” the pawnbroker commented: “Does it ever stop!”

At the end of the meeting, Martin told the camera: “I’m surprised at what a good investment I actually managed to do with the watch. All in all, it was a good deal.”

It comes after Kathy spoke out about her job and appearing on the ITV show.

“There are so many reasons clients come to us. Being even a small part in helping a client in any way is rewarding. It gives me great pride in what I do,” she explained.

“I absolutely adore my industry; I live and breathe it and have done all my life. I love meeting new people from all walks of life and in this job we certainly do.”

In terms of what a typical day involves for pawnbrokers, she said “there is no typical day, week or month in this industry”.

“Each day/week is filled with its own surprises,” Kathy added to Bradford Zone.

While some may think a Rolex is a big-ticket item, this isn’t the most expensive piece she has had to value and then buy.

Kathy revealed: “We’ve had everything from private registration plates to exceptionally beautiful pieces of diamond jewellery.”

Million Pound Pawn is available to catch up on the ITV Hub now.