Drag Race UK will be back for its third episode tonight, where viewers will see another two queens having to lip sync for their life after taking on a series of tasks. However, one queen who has already had to do that is Scaredy Kat, who was eliminated last week. She spoke to Express.co.uk about her experience on the show and what Michelle Visage is really like.

As she found herself in the bottom two alongside Blu Hydrangea, unfortunately Scaredy Kat sashayed away, but not without making an impact.

When asked if she found Michelle intimidating, Scaredy replied: “Kind of?! 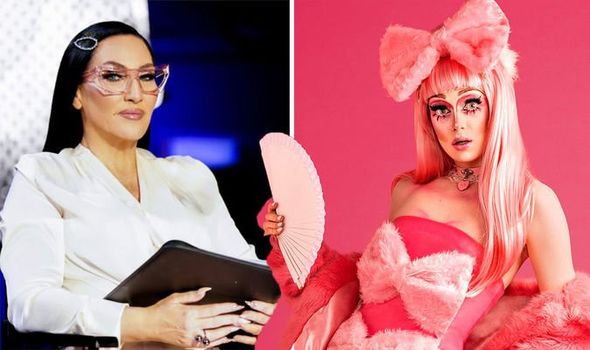 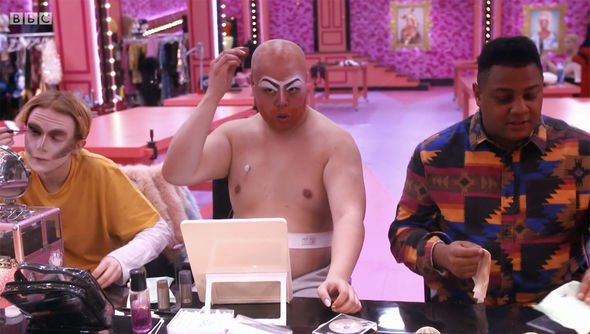 “Yeah, she’s really scary but she does that for her character and for her presence on screen.”
Scaredy added: “I’m sure she’s lovely really!”

After revealing in the show’s premiere she wasn’t gay, Scaredy’s fellow queens and viewers were left in shock after the admission. 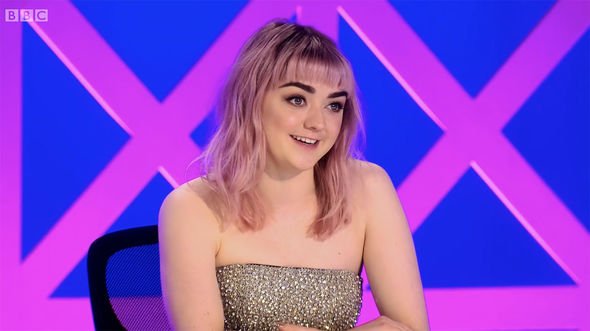 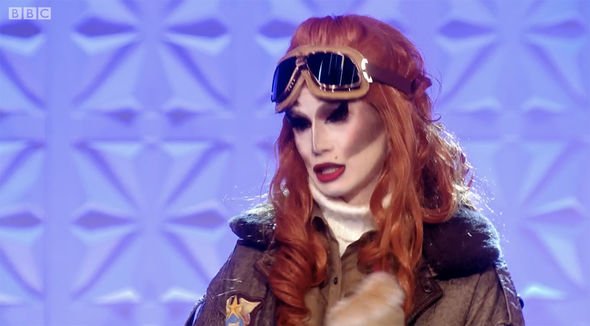 Speaking to Express.co.uk about why the discussion was so important, she stated: “It really encourages people that drag is not just this white guy in a dress who’s also gay, it can be anything you want it to be, like art.”

Opening up about the reception she’s received from being on the show, Scaredy continued: “It’s been very mixed. Overall, lots of positive messages like ‘Oh I’m bi, or oh I’m a girl, or I’m straight, I’ve got a girlfriend and I didn’t think I could do drag and you’ve made me feel like I can’ which is amazing.”

However, she opened up about having received some less positive messages, noting: “Obviously there’s been controversy ‘You’re actually straight, you’re actually gay, gross that you’re here’ but that’s always going to happen.

“It sort of makes it all the more interesting and allows the conversation to spark,” she stated.

DON’T MISS…
Strictly 2019: Will Bayley hits out at judges over ‘harsh’ score [IT TAKES TWO]
Peaky Blinders: Why did Grace Shelby leave the series?  [PEAKY BLINDERS]
BBC host in row with Mark Francois as he lashes out at Remain activist [TV ROW]

Scaredy spoke about the differences between drag in the UK and the US, giving some honest truths, as many fans of the show have praised it for how “real” and “British” the show is.

“Even like the accent, the American accent I can’t even hear, it’s all like Hollywood, but it’s all glitz and glam and then you’re just seeing Baga [Chipz] and you get hit with reality!”

When asked about the experience of her first performance on TV, Scaredy described it as “nuts” confessing: “It was really scary, I was trying not to freak out or throw up or pass out at the same time, just trying to have a good time.”

As she spoke about what it was like to be on the show itself, she said: “Yeah it was amazing, it was so weird, like walking straight into the TV… it was really fun, I couldn’t believe Maisie actually liked what I did, I was like ‘This is nuts, thank you!’”

Scaredy spoke about what’s next for her, and she’s certainly keeping herself busy with music videos, as well as art exhibitions and more.

She emphasised how she thought of herself as an artist, sharing her upcoming art exhibition based on social media: We [her and her girlfriend Pussy, who is also a drag queen] want to head down a very arty farty route and make art that isn’t s**t like most of the art is nowadays!”

To sum up her experience on the show, she said: “Extreme anxiety but extreme fun and attention, it’s all a good time, you’ve got to take it for what it is and not get it too much in your head about it.”