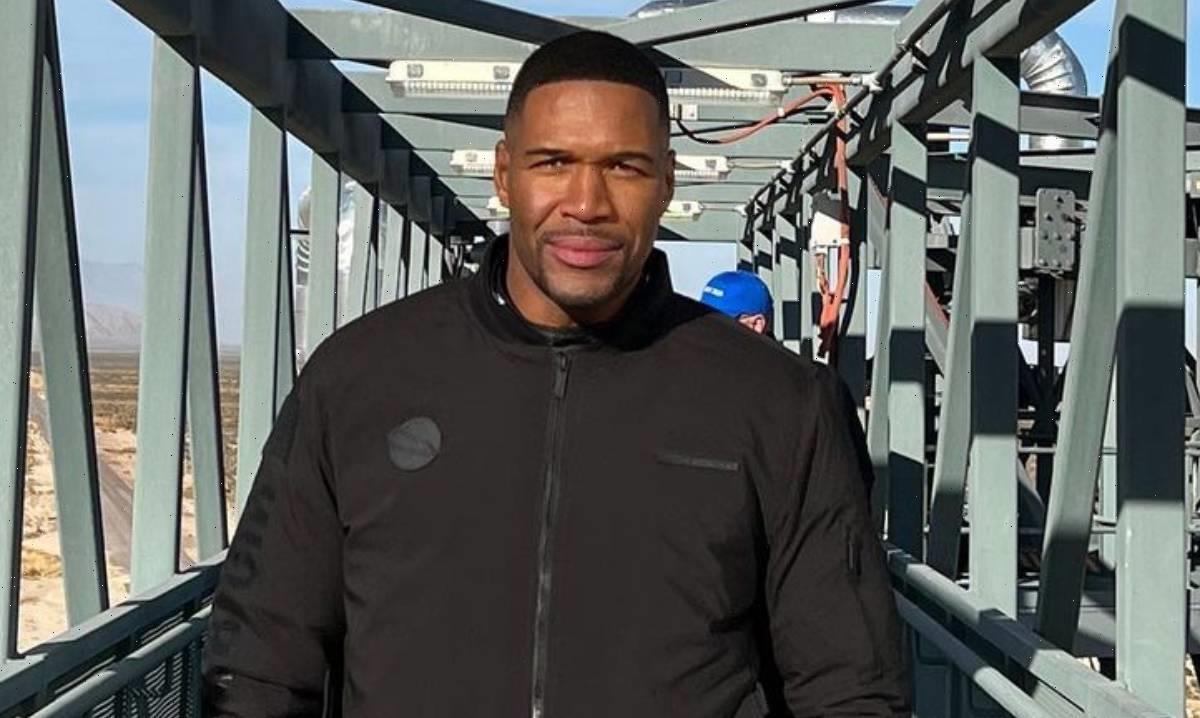 Michael Strahan turned heads on Monday for a multitude of reasons as he shared a photo from inside his home in New York.

The star has been taking some time away from his hosting gig on Good Morning America but gave them an update on his break with a selfie on Instagram.

Michael rocked a very different look in the snapshot as he donned a casual hoodie and a pair of metal-rimmed glasses.

He appeared to be standing in the dining room of his beautiful home and the giant, glass light fixtures behind him were impressive to say the least – as was the plush decking which could be seen in the background.

His social media followers couldn’t wait to comment on his style, his home and also to ask when he was returning to their screens.

They bombarded him with comments which read: “Nice shades Michael. When are you back to GMA? Miss your big smile and great attitude,” and another said: “Very cool shades. I love it. Happy monday.”

Michael’s fans loved his casual appearance and his home

Others called his look in his glasses, “smoking hot,” and more urged him to come back to the morning show.

It was clear that Michael is sorely missed, but fans are hopeful it won’t be too much longer before he’s smiling for the camera once more.

His co-stars Lara Spencer and T.J. Holmes have been keeping his seat warm as they also await his return.

Michael’s taking a little time off from GMA

Although no reason has been given for the former footballer’s absence, it is most likely that he is enjoying some time off.

While the TV favorite has been keeping a relatively low profile on social media, he did recently share an inspiring quote to motivate his followers on Instagram.

The message read: “If you fear failure, you’re already considering it an option.”

Fans were quick to comment, with one writing: “Love this,” while another wrote: “Thanks I needed this.” A third added: “All of this is so true, thanks Michael.”