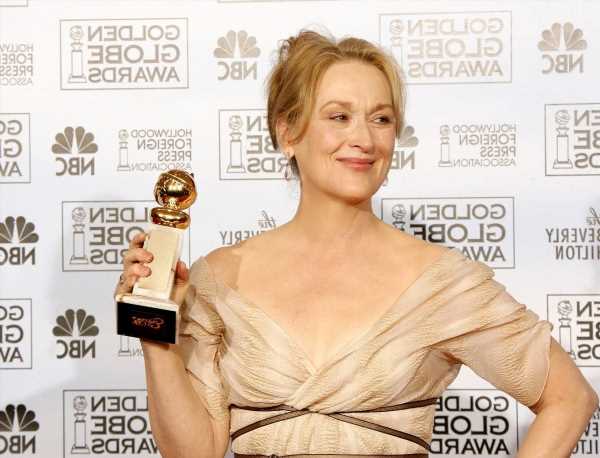 Meryl Streep took a chance on herself when she accepted the starring role in The Devil Wears Prada as Miranda Priestly. The then-55-year-old actor said she fought for her salary before signing onto the film. However, Streep’s memorable performance earned several quotable moments 15 years later. Additionally, she earned an Academy Award nomination for playing Miranda.

Although The Devil Wears Prada is one of Streep’s most memorable roles, the Hollywood star doesn’t want to create a sequel for the film.

On June 30, 2007, The Devil Wears Prada debuted in movie theaters across the U.S. The film gave a fictional take on the high fashion world, told through Andy Sachs’ (Anne Hathaway) eyes. One of the film’s most memorable characters was Miranda Priestly. The character, based loosely on Vogue editor, Anna Wintour, captivated audiences with her cold demeanor and glaring stares. Although some labeled Miranda as a “villain,” many The Devil Wears Prada fans still quote plenty of her famous lines, including “that’s all.”

Since its debut, The Devil Wears Prada lives on through Blu-ray and digital platforms.  Additionally, Laura Weisberger, who wrote the book adaptation of the same title, wrote a sequel, When Life Gives You Lululemons. However, fans of the film might have to settle for the first movie. According to Variety, Streep quietly declined an offer for a Devil Wears Prada sequel. The Little Women star has never starred in a sequel to a movie since starting her acting career in the mid-1970s.

Streep never shared why she wouldn’t do a sequel to The Devil Wears Prada. However, the Oscar winner stated in 2021 that playing Miranda Priestly took a toll on her mental health. While speaking with the rest of the cast and Entertainment Weekly for the movie’s 15th anniversary, Streep said she channeled her character on and off the set. On some occasions, the Mamma Mia actor didn’t speak to cast members Blunt or Hathaway.

“It was horrible!” Streep recalled. “I was [miserable] in my trailer. I could hear them all rocking and laughing. I was so depressed! I said, “Well, it’s the price you pay for being boss!” That’s the last time I ever attempted a Method thing!”

Although she would’ve said no, Streep didn’t need to worry about putting on Miranda Priestly’s heels again. According to The Devil Wears Prada’s director, David Frankel, the movie’s studio never gave the crew the option to make a sequel.

During the same interview with EW, Streep explained the impact The Devil Wears Prada had on male CEOs. Although movie critics wrote it off as a “chick flick,” she explained that she received several comments from men who found Miranda’s personality’s relatable.

“This is the first movie [where] men have come up to me and said, ‘I know how you felt; I have a company, and nobody understands me. It’s really hard,’” Streep said. “It’s the hardest thing in the world for a man to feel his way through to the protagonist of the film if it’s a woman.”

Since The Devil Wears Prada, Streep continues to star in several films and TV shows. In 2020, she starred in HBO Max’s original movie, Let Them All Talk.