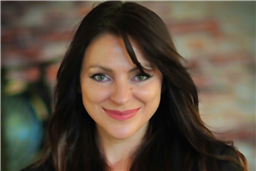 The appointment comes on the heels of After January landing a pilot order at NBC for a Night Court sequel starring Melissa Rauch and the original series’ John Larroquette. The comedy, written by Dan Rubin, is one of several projects After January has in the works at WBTV.

Garcea was a coordinating producer on Chuck Lorre Productions’ mega hit The Big Bang Theory, which starred Melissa Rauch. She also served as a coordinating producer on another long-running Chuck Lorre Prods. comedy on CBS, Two and a Half Men, a producer on the company’s CBS comedy series Mike & Molly starring Billy Gardell and Emmy winner Melissa McCarthy, which aired on CBS for six seasons, and its Netflix comedy Disjointed, headlined by Kathy Bates.

She most recently served as the Head of Television for Kingdom Studios, which has an overall, multi-platform deal at Lionsgate.

“We feel so lucky to join forces with the powerhouse that is Mona Garcea. We couldn’t be more excited about this partnership, the wealth of experience she brings to our team and the future of our company with her on board,” said Melissa Rauch. “Mona is truly a dream come true for After January Productions.”

Rauch starred, produced and co-wrote, along with husband Winston Rauch, The Bronze – which was the official opening-night film of the Sundance Film Festival and was released by Sony Pictures Classics. The duo launched After January Productions in the wake of the film’s success in 2015. The company has developed scripts for CBS, HBO and TBS. After January is also currently producing The Quiet Zone, a comedic half-hour in the works at TBS about an astronomer who relocates from Silicon Valley to a town where modern technology is completely prohibited, from writer-performer Jackie Geary.