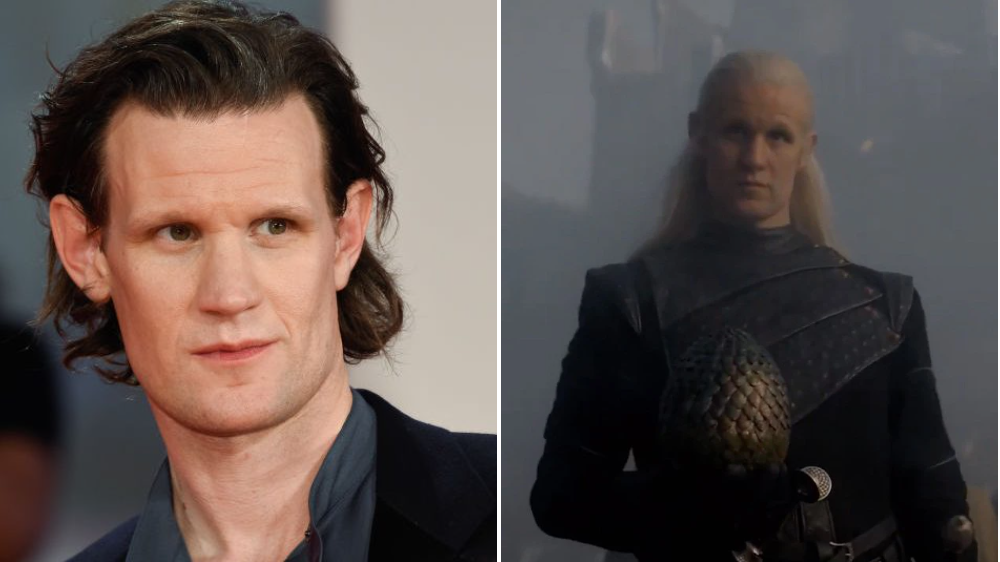 Matt Smith has revealed he scratched his head over the copious sex scenes in the upcoming Game of Thrones prequel House of The Dragon.

Set two centuries before the fantasy drama, House of the Dragon places a spotlight on House Targaryen when it was in power across the Seven Kingdoms and boasted several powerful dragons in its arsenal.

Daemon is next in line for the Iron Throne, but faces fierces competition from King Viserys’ daughter Rhaenyra Targaryen (Emma D’Arcy), who wants the kingdom all for herself.

With the series set to premiere later this month, the 39-year-old has been spilling the beans on filming and, much like its predecessor, it features lots of sex.

‘You do find yourself asking, “Do we need another sex scene?”. And they’re like, “Yeah, we do.”’ Matt told Rolling Stone.

Showrunner Miguel Sapochnik previously spoke about portraying sex on screen in House of the Dragon, revealing the show will ‘pull back’ from the amount shown, but will not ‘shy away’ from it.

Emphasising the depiction of sexual assault will be done ‘carefully’ and ‘thoughtfully’, Miguel told The Hollywood Reporter: ‘If anything, we’re going to shine a light on that aspect.

‘You can’t ignore the violence that was perpetrated on women by men in that time. It shouldn’t be downplayed and it shouldn’t be glorified.’

Throughout the eight-season run of Game of Thrones, the sex featured in the plot was a constant source of conversation, with several rape scenes becoming subject to debate and criticism as some viewers felt they were ‘gratuitous’.

Meanwhile, Matt also opened up about playing Daemon, describing the character as ‘sort of an outsider.’

The Moribus star added: ‘He’s not black and white, there are shades of grey with him, which is what interested me about him, really. And his relationship with his brother is really interesting. It was a joy working with Paddy Considine, who I’ve admired for so long, and Rhys Ifans.

House of The Dragon airs on August 21 on HBO and Sky Max.