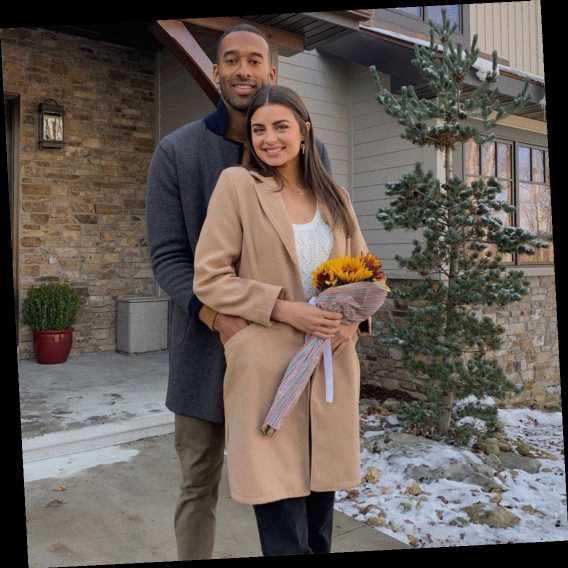 Matt James' brother, a rapper who goes by the name John the Scorpio, is speaking out about how the former Bachelor star is doing following the conclusion of his controversial season 25.

During a Friday appearance on Higher Learning with Van Lathan and Rachel Lindsay, John said he spoke to Matt, 29, a couple days ago "to see where his head was at."

"He's in a good spot — he's good," the musician said after host and former Bachelorette Rachel Lindsay explained that fans are "concerned" about Matt. "People don't need to worry about Matt," John added.

Matt, meanwhile, has deleted all of his Instagram posts one day after his ex-girlfriend Rachael Kirkconnell used her account to urge people to stop "attacking" him with "racist insults" after the Bachelor star decided to end their relationship following the controversy surrounding racially insensitive photos of hers.

Though Matt and Kirkconnell left season 25 of The Bachelor as a couple and remained together for a period of time after the cameras stopped rolling, their relationship came to an end after photos of Kirkconnell attending an antebellum plantation-themed party in 2018 surfaced on social media. She has apologized and said last month that she is "learning and will continue to learn how to be antiracist." Will you accept this rose? Sign up for PEOPLE's free weekly Bachelor Nation newsletter to get the latest news on The Bachelor, The Bachelorette and everything in between.

On Higher Learning, John continued of his younger brother, "It's kind of like he's going through a detox phase of all the stuff that he was dealing with with ABC and being in the spotlight and doing interviews. He's in a better place, people don't need to worry about how he is because he's doing good."

When co-host Van Lathan asked what it's like for him to "watch people who don't know" Matt have opinions on him, John said it doesn't affect him too much.

"People are going to hate or say whatever they feel, it doesn't really bother me at the end of the day because I know where I'm at in my heart towards my family," he said. "So to answer your question, what other people say or think — it really doesn't hold a big impact on my mental space." John also weighed in on Matt's conversation with their estranged father during one of the final episodes of his season. (Lindsay previously said she was "disturbed" by the conversation and the way she felt it perpetuated stereotypes about Black fathers being absent.)

"I definitely feel as if that situation was exploited in a sneaky way for whatever agenda they thought might have benefited them," John said. "But that was a real conversation — I think we all felt that and I can still see the positive that came out of it."