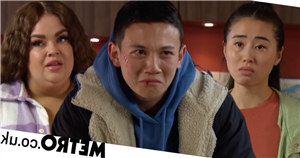 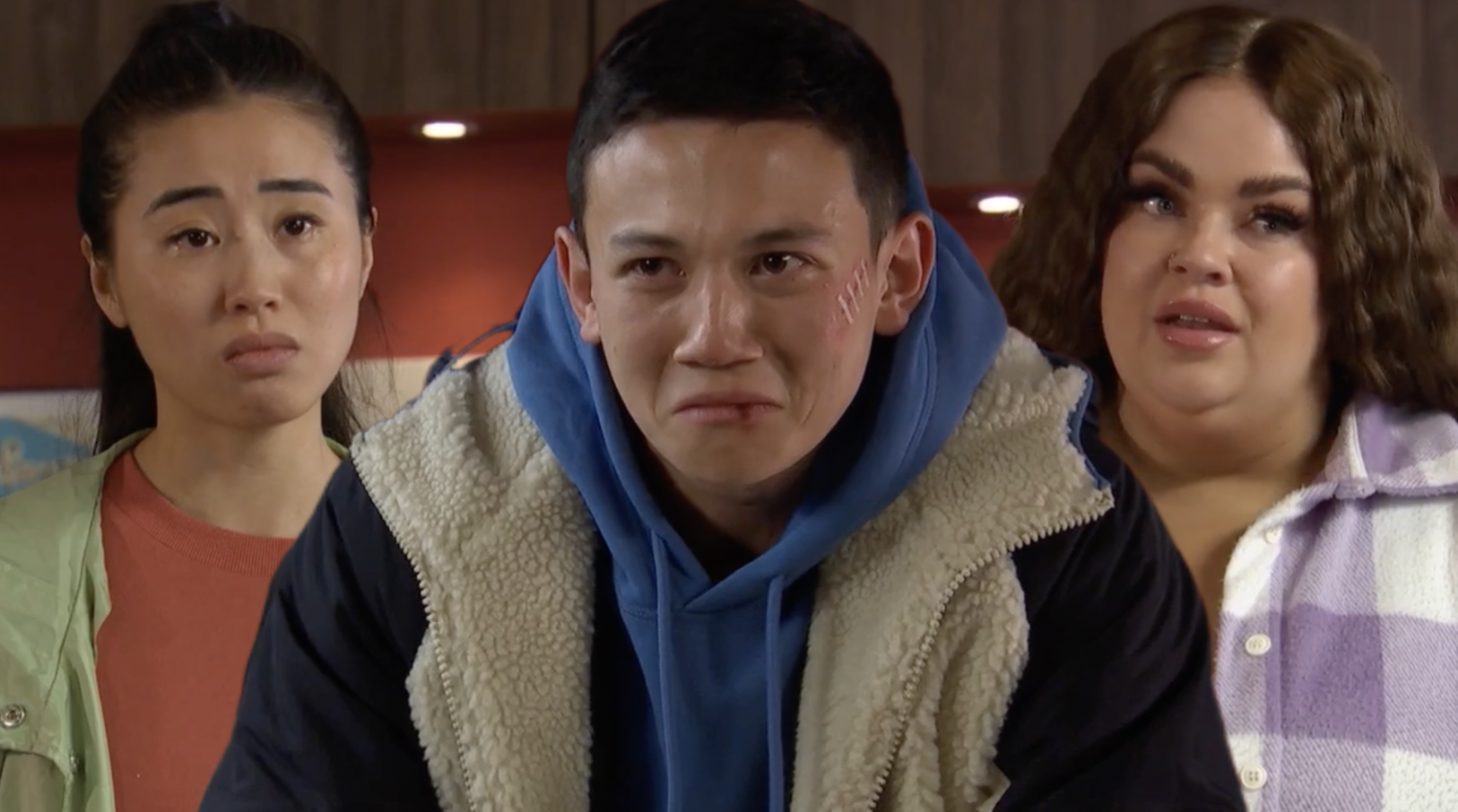 Mason Chen-Williams (Frank Kauer) realised the consequences of his actions in Hollyoaks as Lizzie (Lily Best) and Serena (Emma Lau) disowned him over his misogyny.

The teen, as viewers know, was groomed and radicalised by incel Eric Foster (Angus Castle-Doughty), who sought him out and manipulated him with his warped viewpoints of the world.

Mason has subsequently done awful things under Eric’s influence, from leaking photos of Ella Richardson (Erin Palmer) and Leah Barnes (Ela-May Demircan) online, to sending DeMarcus Westwood (Tomi Ade) threatening and abusive messages – not to mention covering for Eric when he discovered he was the village spiker.

But the truth of his actions were revealed to his loved ones in the wake of Eric’s siege at The Dog, which saw the incel take a number of villagers hostage in a bid to be seen.

Among those held captive were Lizzie and Serena, who struggled to come to terms with what had happened to them.

They had little time to process that, however, before another big discovery was made, as they discovered that Mason had been posting vile and misogynistic abuse on a Men’s First forum, where he befriended Eric.

Lizzie attempted to get her head around it all, with Honour (Vera Chok) trying to keep the peace, while Serena was devastated by the discovery, calling Mason out on his vile behaviour – suggesting that the police be notified of her brother’s actions immediately.

Honour and Dave (Dominic Power), however, refused to get the authorities involved, which only upset Serena further, as she understandably berated her brother for what he’s done, before storming out, with Lizzie following suit after Mason confirmed that he knew Eric had spiked her.

Hollyoaks boss Lucy Allan spoke to Metro.co.uk about what viewers can expect from the aftermath of Eric’s horror siege, and how it will affect the Chen-Williams family.

‘You see the ramifications of what can happen when you realise what a 15-year-old has been up to under your roof’ she said.

‘Dave has this dawning realisation that some of those casual comments that men might make, without understanding the consequence of someone who is already as damaged and vulnerable through that grooming – what he hears and how he articulates that.’

Hollyoaks continues Thursday January 10 at 7pm on E4 or stream the next episode from midnight on All4.