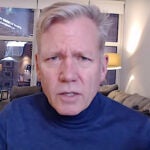 TheWrap is awaiting a copy of Hutchinson’s arrest affidavit. Lifetime did not immediately respond to our request for comment.

The accuser said Hutchinson “frequently let kids drink alcohol and smoke marijuana at his home and, in May 2021 — after she’d passed out on his couch — he allegedly digitally penetrated her vagina,” TMZ reported from the obtained document.

“She told cops she woke up to Hutchinson sticking his finger inside her and she was frozen with fear,” TMZ continued.

Those unfamiliar with “Marrying Millions” can watch a portion of an episode via the video above.

Or here’s the latest logline straight from Lifetime: Five new couples join the series with returning favorites Bill and Brianna from Dallas and Gentille and Brian from Las Vegas. From the creators of “90 Day Fiancé,” “Marrying Millions” follows relationships where one partner is incredibly wealthy and the other is definitively not, leading the couple to face intense scrutiny from family and friends and questions about whether it’s true love…or true love of the money and lavish lifestyles. While these love stories may sound like modern-day fairytales, they are not without major challenges as the couples must try to bridge their vast differences and fit into each other worlds.

More details on Bill and Brianna, a woman nearly 40 years his junior, here: Bill, who describes himself as 60 years young, founded and currently runs a commercial real estate company with investments in the billions. Twice divorced, Bill met Brianna, 21, at a popular restaurant in Dallas where Brianna was a hostess and the two began dating. Despite their almost 40-year age gap, these two couldn’t be more in love with one another. Bill wants to introduce Brianna to the finer things in life but wonders if she is ready for Dallas high society and if Dallas high society is ready for her.