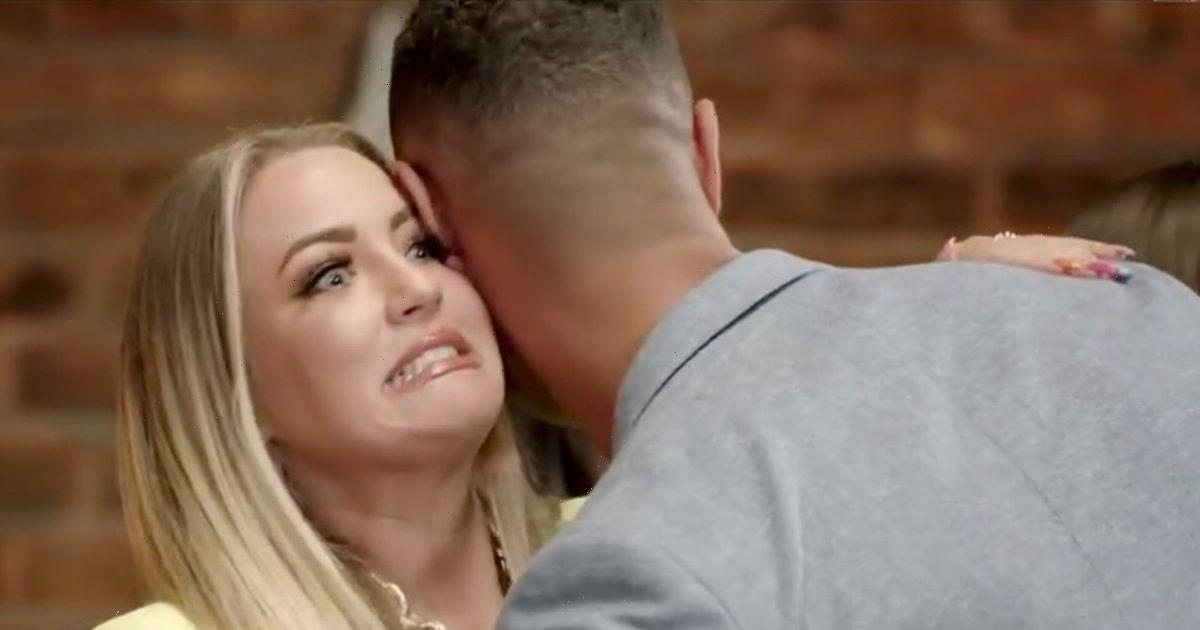 Married At First Sight UK fans were left cringing during Monday's final instalment as Megan Wolfe and Jordon Mundell awkwardly reunited after their explosive kiss during the experiment.

Earlier on the series, Megan, 26, and Jordon, 27, shared a secret smooch following the first dinner party despite them both being partnered with other people — Bob Voysey and Alexis Economou — respectively.

During Monday's reunion episode, the two contestants came face-to-face where Megan was seen visibly cringing as she leant in for a hug with Jordon as he commented: "Nice to see you!"

Speaking to the girls afterwards, Megan said: "That was the most awkward one. He went: 'Nice to see you,' and I went: 'Yep!' I couldn't say: 'You too!'"

While Jordon said in a VT: "I've got no unfinished business, I mean, what happened, happened. Life has moved on, well for me anyway. Megan might have a few things to say to me, I don't really care."

Show watchers at home were also left cringing over the scenes as they took to Twitter to share their thoughts.

While a different fan wrote: "MEGAN #MAFSUK," followed by a series of crying and laughing emojis.

Things got even more awkward during the reunion when Megan reflected on her past kiss with Jordon saying that it was a "lapse in judgement' and something she has apologised for.

To which Jordon then said sorry to Megan's former partner Bob again, clarifying that it was the latter he was apologising to and not his former flame.

However, later during the reunion, he did apologise to Megan also as the experts pointed out that she had to deal with the fall out of their kiss during the experiment alone.

It comes after Bob, 26, exclusively told OK! that he wished he hadn't been as quick to forgive Megan after he was left devastated after hearing the news.

Unable to hold back tears, Bob at the time said: "I felt utterly embarrassed, degraded, felt like I wasn’t wanted. She’s been disloyal in a marriage.”

Despite feeling upset over the incident, Bob decided to take Megan back after she begged him for a second chance and said his reaction was "the most attractive thing she’s seen him do in this whole process".

Now, Bob has confessed he wished he had handled the situation differently as he told OK !: "I probably wouldn't have been as forgiving so quickly as it just made it feel like that I was fine, I maybe would have got a bit more respect from Megan if I didn't.

"Apart from that, I feel like I handled myself quite good and I was happy with how I did everything really."

While the pair had a rocky relationship within the experiment, they both chose to leave the show earlier on the series, they remain friends today and regularly talk.

For more juicy gossip on your favourite stars, Married at First Sight UK and the couples, sign up to our daily newsletter here.