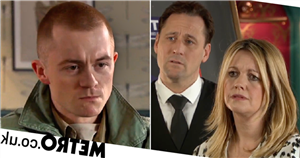 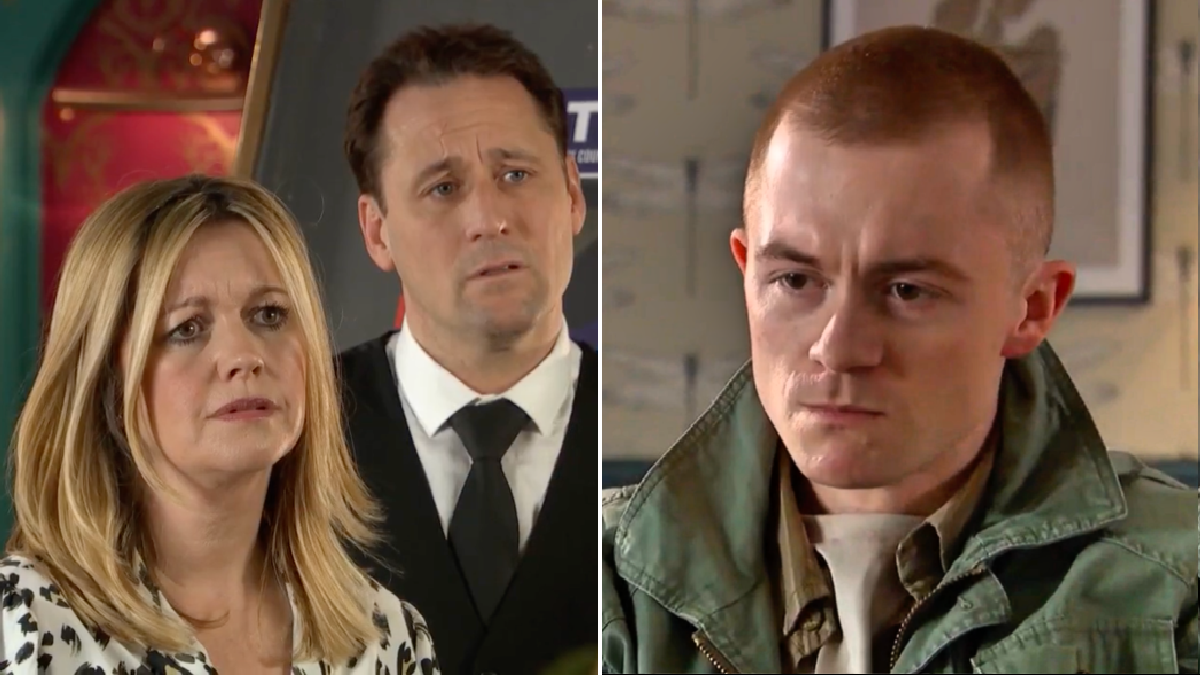 It appears as if Diane Hutchinson’s (Alex Fletcher) instincts about newcomer Eric (Angus Castle-Doughty) are spot on in Hollyoaks, as he’s not quite the nice guy he’s claiming to be.

Eric rocked up in the eponymous village last month, determined to reconnect with sister Verity (Eva O’Hara). Upon setting his sights on her, however, he reconsidered, and hightailed it out of town.

After giving it some more thought, he returned to his sister’s stomping ground, where he reunited with her, before finally meeting older sibling Tony (Nick Pickard) for the first time ever.

Tony was on cloud nine to have the opportunity to get to know his long-long brother.

Diane, however, had doubts about Eric, claiming that he reminded her of villainous Edward (Joe McGann).

Verity, meanwhile, was interested to know why Eric had suddenly turned up after all this time – not to mention what his little disappearing act last month was all about – and therefore she made it her mission to get answers.

Eric caught her snooping on his phone, and ultimately he opened up, claiming that he was kicked out of his flat share, as the other tenants bullied him and made his life a misery.

Verity was sympathetic, and asked Tony and Diane if he could stay with them for a while. Diane was unsure, but Tony ultimately gave Eric the green light to move in, much to the newcomer’s delight.

But it appears as though Eric hasn’t been totally honest about what happened at his previous place of residence, as he was later seen reading a ‘termination of tenancy’ email, with the sender stating that he exhibited ‘inappropriate’, and ‘unacceptable’ behaviour, resulting in his eviction!

Is Eric more sinister than he’s letting on? Just what really happened with his previous flatmates?

What’s more, is Tony, Diane or Verity in danger?

Hollyoaks continues Friday April 8 at 7pm on E4, or catch the next episode on All4 that very morning.