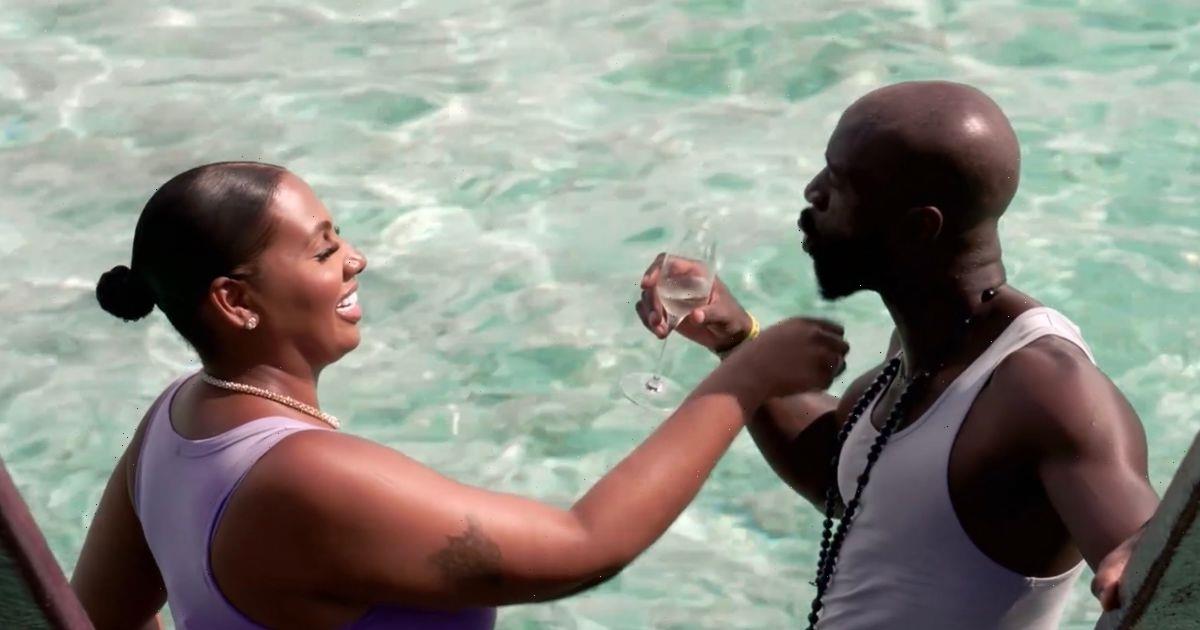 Married at First Sight star Kwame Badu sparked a string of backlash on social media, after he repeatedly spurned his wife Kasia’s advances as she attempted to take their new relationship to the next level.

Fans at home saw the couple tie the knot on Monday, but despite Kasia’s attempts to win over her new husband, Kwame was determined to take things slow and not rush in too soon to anything more intimate, much to his wife’s displeasure.

Even despite a rocky beginning, Kasia attempted to win her man’s heart as she told him she was “‘looking forward to spending the night” with him.

However despite her flirtatious advances, Kwame shot down any hope of an intimate first wedding night as he told his bride: “Having sex and getting intimate can cloud your judgment. I think it is an important thing to understand that we are not here for foolishness, we are here for realness.”

This attitude also continued on day two of the show, as Tuesday’s episode saw the couples get stuck into a honeymoon, where Kasia once again attempted to get a little more physical with her new beau, only to be shot down again.

“Kasia can’t give any more hints at this point!” wrote one fan, before following it up later in the episode with another comment: “Kwame is politely telling you he’s not attracted to you right now.”

Several other fans also questioned his commitment to the experiment at all, adding: “I knew Kwame wasn’t serious when he kept talking about going on holiday. Like yes you can be excited but are you looking forward to know Kaisa?”

While one viewer alleged that “Kwame doesn’t fancy his wife because of her size” after he made an embarrassing gaffe at their first meeting where he made a fatphobic comment to his new wife.

And another simply stated: “Kwame is just not that into you, he just needed a holiday.”

Not everyone was against his decision to take things slow, with one fan praising Kwame for not taking advantage of his bride, when he clearly wasn’t interested.

Another viewer also agreed, and even suggested Kasia was at fault for coming on too strong with one agenda in mind.

“Kwame has told her in a million ways he's not feeling that desperate, throw yourself at him vibe,” they wrote.

“She needs to give him a chance to come to her. She's moving like she'd literally take anyone and it is probably off-putting.