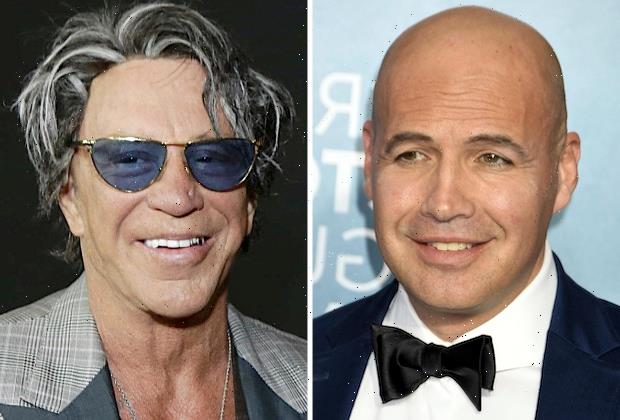 MacGruber has cleared his first major hurdle on his way back to the small screen.

Titanic baddie Billy Zane has been brought in at the 11th hour to replace Mickey Rourke as the lead villain in MacGruber, Peacock’s forthcoming revival of Will Forte’s MacGyver-lampooning Saturday Night Live sketch (which also spawned a 2010 movie).

Zane, whose TV credits include Legends of Tomorrow and The Boys, assumes the role of MacGruber’s mortal enemy Brigadier Commander Enos Queeth. Long thought dead, the evildoer has resurfaced to carry out a heinous plot to destroy the world, and in the process, claim his revenge against MacGruber.

Rourke’s casting was announced back in June. A Peacock rep is not commenting on the reason behind his departure.

Forte reprises his titular role in the eight-episode comedy, which also features the returns of Kristen Wiig and Ryan Phillippe as Vicki St. Elmo and Dixon Piper, respectively. Additionally, Timothy V. Murphy will reprise his film role of ruthless henchman Constantine Bach on a recurring basis.

The cast also includes Sam Elliott (The Ranch) as MacGruber’s father Perry, Laurence Fishburne (black-ish) as General Barrett Fasoose, a highly decorated soldier who commands the respect of the entire US military and who is also married to MacGruber’s ex-wife, and Joseph Lee Anderson (Young Rock) as Major Harold Kernst, the right-hand man of Fishburne’s General.