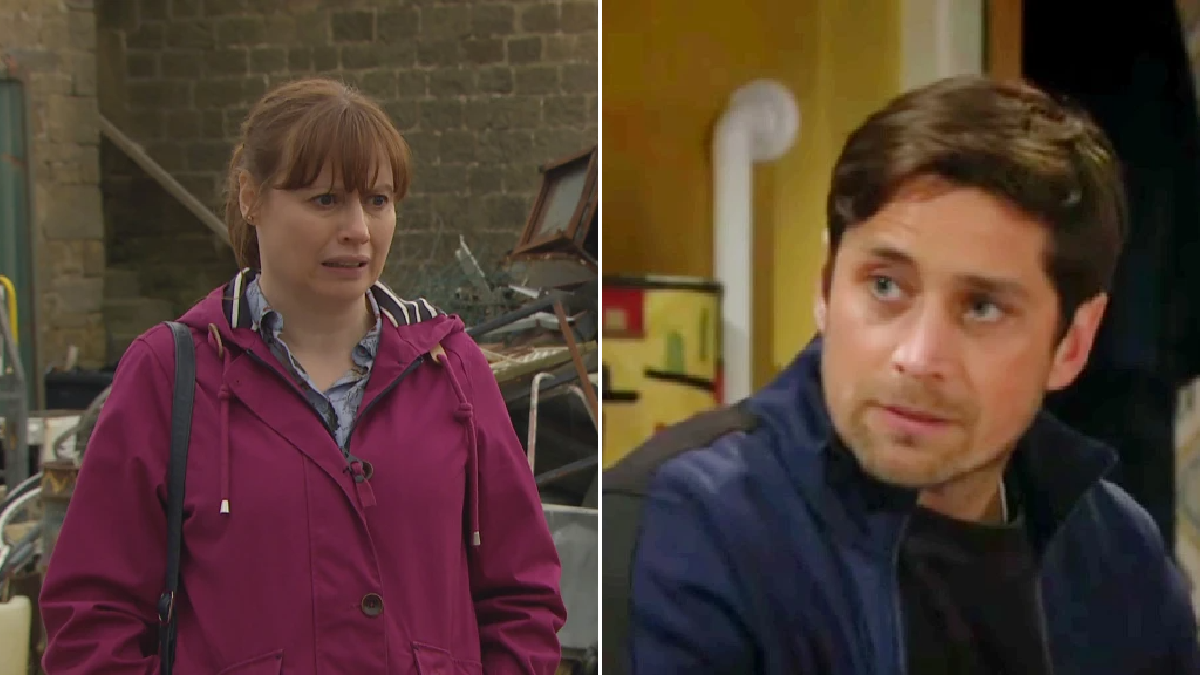 Marlon (Mark Charnock) is doing brilliantly in his rehabilitation from his stroke in Emmerdale – and it’s partly down to the intensive at-home physio he’s been getting from Kit (Thoren Ferguson).

Handsome Kit has certainly made his mark on the village and Lydia (Karen Blick) was particularly struck by him when she met him in tonight’s episode.

‘Piercing, aren’t they? Your eyes. That’s an impressive pair of peepers,’ she told him. ‘I’m only stating fact. It’s not like you made ‘em yourself, is it?’

‘Ted Bundy. He had a fantastic set,’ she said. ‘Look what happened there.’ What happened there was a string of kidnaps, murders and rapes in the 1970s. No wonder Kit looked a bit unsettled by the comparison.

This has got us thinking. Casual throwaway comedy remarks – or foreshadowing that the apparently kind and charismatic Kit is going to turn out to be Emmerdale’s latest super-villain? As Lydia pointed out, ‘Some people still confuse good eyes with good character.’

As Kit continues to work with Marlon he’s about to attract the attention of Laurel (Charlotte Bellamy), who’s recently stated that she’s ready for romance again and is planning to visit Marlon tomorrow.

Should she be wary of the man with Ted Bundy eyes?